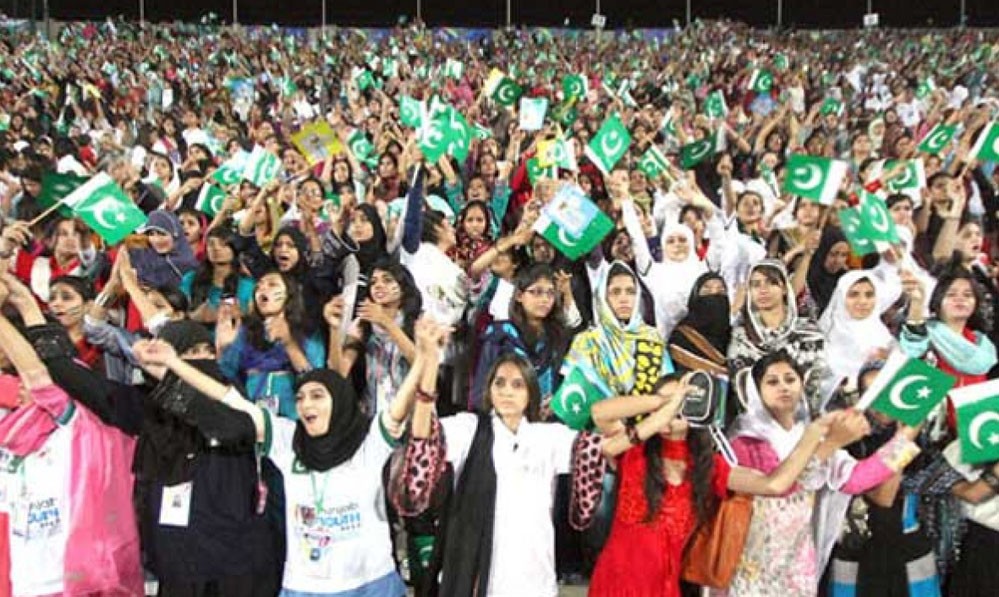 To put these numbers in a perspective, it is important to understand the nature of the challenge; 28 per cent of the degree holders in this age group are unemployed and if the number of female degree holders is looked at, unemployment is as high as 41 per cent. This makes youth unemployment, especially female unemployment, one of the critical challenges faced by the country. This is not only resulting in wastage of productive resources but is making the youth disenchanted and easy targets for groups trying to influence them in negative ways.

Pakistan Tehreek-i-Insaaf (PTI), the leading political party in the 2018 elections has derived its biggest support from the youth of the country. The youth have accepted the party’s narrative of Naya Pakistan which promises them employment and stability. The PTI manifesto promises that it "will strengthen the labour market and create 10 million jobs over 5 years in key sectors: SME, housing, ICT, health, education, green economy and tourism." This statement in the manifesto is exactly what the doctor ordered; however, achieving this ambitious target will be an uphill task.

To understand the extent of this challenge one can look at the historic performance of the economy in terms of producing jobs. Against a set target of two million jobs a year, the economy will create 1.1 million jobs if it grows at an average growth rate of last five years, which is already 2 per cent higher than the previous period. Based on employment elasticities, if the PTI government is able to gain one per cent additional growth point in GDP, the total employment creation will be 1.391 million and with that of two per cent additional growth, the total employment creation will be 1.640 million. In short, if the new government is able to increase growth by two per cent, it will still have to create additional 500,000 jobs.

Moreover, the challenge becomes even more Herculean due to the reduced fiscal space with the government. This would mean that it will be the private sector coming forward to contribute a major portion in this drive towards job creation. As it is, 90 per cent of the jobs in Pakistan are generated by the private sector and two-thirds of these come from the small and medium enterprises.

So, as a first step, the government will have to revive the focus on private sector development. A key impediment here has been the tax extortion regime that remained focused on extracting more from a small base rather than expanding the tax payers. The issue of corruption, delays in sales tax refunds, tax policy loopholes and limited focus on development not only stagnated the revenues but also the growth, hence, stifling the employment opportunities.

The government will have to revive the focus on private sector development. A key impediment here has been the tax extortion regime that remained focused on extracting more from a small base rather than expanding the tax payers.

Other issues that have hampered private sector growth are inconsistent supply and cost of utilities, cumbersome engagement with the public sector offices and distrust in the system, especially relating to enforcement of contracts. The government historically has been trying to follow a cost of doing business reform plan under the World Bank methodology, which the private sector feels may improve the rankings. But the ground realities will have to be kept in mind. A solution is to take a more specific problem driven approach to address these constraints. Undoing these knots will enhance investments by the private sector resulting in employment growth.

The previous governments have invested significantly in technical and vocational education, however, the returns to these investments to date have been extremely low. The courses that have high enrollment are not producing job ready skills, whereas a large number of offered courses fail to interest student enrollment at all. A key reason for this is the low return on technical education (4.2 per cent) as compared to return on work experience (5 per cent). Youth, thus prefers to become part of informal employment to gain experience to progress on earnings as compared to using a formal training approach. A clear strategy here will have to be investment in improving quality and introducing private sector-led competency skills training to improve returns and increases subscription.

The above arguments are part of a broader, tested development strategy that will improve the quality of HR, improve investment climate resulting in growth and employment. However, this alone will not be able to pull the weight of creating two million jobs a year. The new government will have to be innovative, will have to be aggressive and will have to experiment with creation of new opportunities in Pakistan.

The area of gainful self-employment has not been fully explored in Pakistan. The self-employment schemes tested previously have only focused on small interventions, distributing equipment to plumbers, masons and electricians. However, these have been done without providing any training on entrepreneurship.

However, this strategy will not yield high returns. The government will have to move beyond t traditional approaches and work with large private sector players to create value chain entrepreneurs. An example of this could be working with large telecom providers to develop solutions using mobile networks that create small businesses. Another string to this approach is to progressively encourage the entrepreneurship culture, business incubation and private equity. Pakistan will have to create an enabling environment for venture capitalists to come in and pick up ideas that can be scaled up resulting in new business creation and employment.

Finally, China Pakistan Economic Corridor (CPEC) is being dubbed as a game changer for opening up opportunities in Pakistan. The current phase under CPEC has invested over US$50 billion in infrastructure and power projects. The long term plan stipulates collaboration in industry, agriculture, IT, hospitality and services. However, in order to ensure employment opportunities for Pakistani youth, the government will need to develop across-the-board labour deletion policies. The labour deletion policy will safeguard domestic labour in all Chinese and foreign investments ensuring local youth are gainfully employed.

In short, the challenge is tough, but there are opportunities that exist. All it requires is well thought-out policies based on action research that will result in concrete results. The slogan of Naya Pakistan will live up to expectations only when it gives its biggest supporters -- Pakistani youth -- the Naya Pakistan they deserve.