Policy for the majority, rather than being a simple policy choice, requires a complete rethinking of the present development paradigm 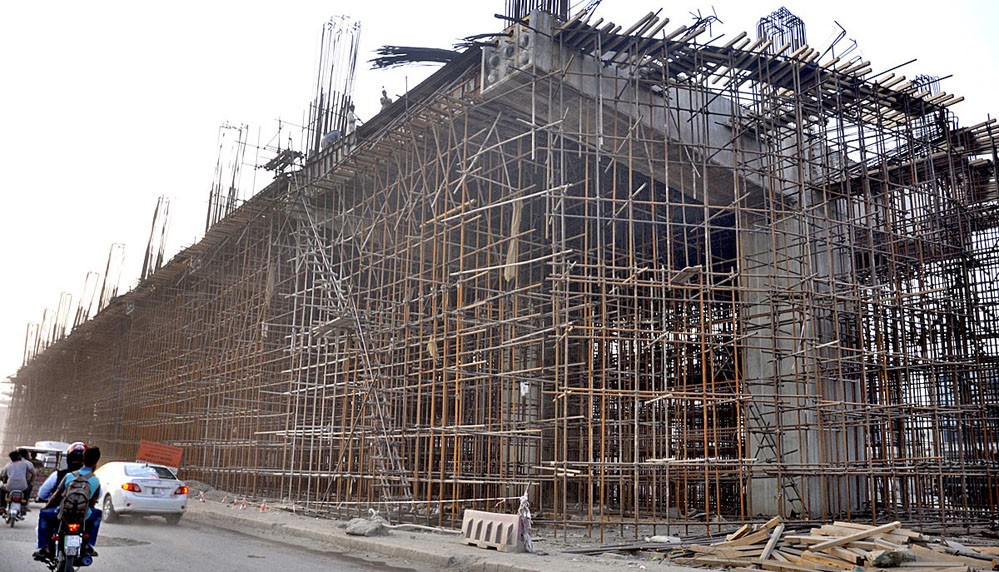 Prime Minister Imran Khan has addressed the nation twice. His concern for issues such as climate change, tax revenue, human development, farmers, cleanliness, local government and others are all admirable. But questions remain both about specific policy instruments and extent of implementation. I will explore them both based on his two points: one, ‘policy for the majority’; and two, reforming institutions of the state.

In a fiscally constrained environment, the main challenge for the new government will be to improve the lives of people without investing a lot of money, forcing the government to be an anti-thesis of the 10-year Raj in Punjab. Spending money on a minority, distribution of laptops, water filtration plants, making of Danish Schools and creating new companies rather than reforming existing institutions was the mainstay of governance.

However, one can’t just blame the last government; preferential treatment for minority is the very ethos of a post-colonial state. Thus, to try to comprehend policy-making for the majority, policy makers, bureaucrats, academics and researchers have to first place themselves in the ‘context of the majority’, which most cannot do because of their alienation from the popular classes, thus attesting to Italian philosopher Gramsci’s point of the need for the ‘organic intellectual’ with intimate experiential knowledge of the working class.

Barely 15 per cent of the Pakistani youth currently completing their Matriculation from government schools can’t read an English newspaper. Let me state that our conception of education privileges Higher Education Commission and universities in terms of funding and discourse over the constitutional guarantee of education provision for the first ten to twelve years. 17 million children of this age group are out of school. Further, this vast majority which starts working at an early age still doesn’t get access to vocational and technical education (TVET) because TVET is not integrated with secondary education, which can support both secondary school retention as well as required skills for the majority.

The current conception of TVET refuses to even engage with the vast informal sector in the country with Recognition of Prior Learning (RPL) -- a non-starter even in the latest TVET project conceived by the World Bank. Thus, the state is unconcerned about tailoring a literacy-numeracy-skills programme which can facilitate certification of skills of the vast majority who have learnt and worked in the informal sector.

It is thus no surprise that Lahore still considers its street vendors illegal, and as the areas become more ‘developed’, this illegality becomes strictly implemented in the elite areas such as Lahore Cantt and the DHA. Such minority orientation is what Ivan Illich calls ‘development as planned poverty’.

In a fiscally constrained environment, the main challenge for the new government will be to improve the lives of people without investing a lot of money.

If one takes transport policy instead, one is not surprised that the pedestrian who makes up more than half of all commuter traffic is invisible as one has to be extremely careful to walk on footpaths because of various obstacles or uneven surface. That is if one finds footpaths at all. Similarly, while few main roads in the city are cleaned every night, streets in low income areas of the city show the look of Haiti rather than Paris.

The perpetual policy focus on the minority can similarly be said of the housing market where the governments brag of creating thousands of housing units while the shortage of low-cost housing runs in millions, and accessible land around the city is left for speculation and housing for the rich. This also has implications for the economy as domestic and expatriate investments are channelised to unproductive land investments which generate few jobs. But more importantly, the very conception that housing for the poor is a "verb" rather than a "noun" because it is built over years rather than through formal mechanisms of approved architectural drawings, has to be comprehended before one can start tackling the issue.

Thus, state’s building of low-cost housing is barking up the wrong tree as both the private sector for those with ability to pay, and popular sector for those who can’t pay are both more efficient than the public sector. What’s required is a comprehensive policy framework to privilege the poor such that private sector jumps whole sale into low-cost housing while devising mechanisms of low-cost loans and provision of quality and cheap construction inputs, facilitating the poor to meet strict regulatory requirements.

The above being but a few examples to illustrate that ‘policy for the majority’, rather than being a simple policy choice, requires a complete rethinking of the development paradigm. This is extremely hard as all institutions of the post-colonial state are both a product of as well as are groomed in the minority paradigm.

For example, our civil bureaucracy still has a quintessential colonial structure with the vast majority condemned to serve at lower levels without a chance for training and career advancement to leadership levels; while a small minority flies high in upper echelons of know-it-all, all because of a single CSS test taken in their 20s. Additionally, even research reports on institutional reforms have mainly concentrated on reform of this CSS class rather than the majority 95 per cent (grade 6-16), which is termed the ‘street level bureaucrats’ who actually interact with common citizens and thus define the bureaucracy’s institutional culture.

Imran Khan also focused on the same minority CSP class in his speech. Advancing a policy for the majority is not possible without addressing the skills, quality and career opportunities of the majority in bureaucracy. Similarly, Khan mentioned industry leaders but not the vast majority -- the labour.

While Khan’s overall concentration on the poor was admirable, his discourse at times could be patronising like that of a technocrat who disregards the fact that policy is an outcome of political economy where varied interests compete. The government’s task is to manage these competing interests well (eg. industrialist vs labour), ideally linking them (through a tripartite model of state-labour-capitalist) rather than disregarding that these interests exist. So rather than compassion, change requires enhancing the agency of the majority -- only strengthened labour unions can deliver liveable wage, only empowered women can lead to limiting population growth.

Lastly, everyone wants peace and scholars agree that in fifty years all countries will converge towards improved livelihoods except those at war. Can Khan really transform our current strategic political economy?