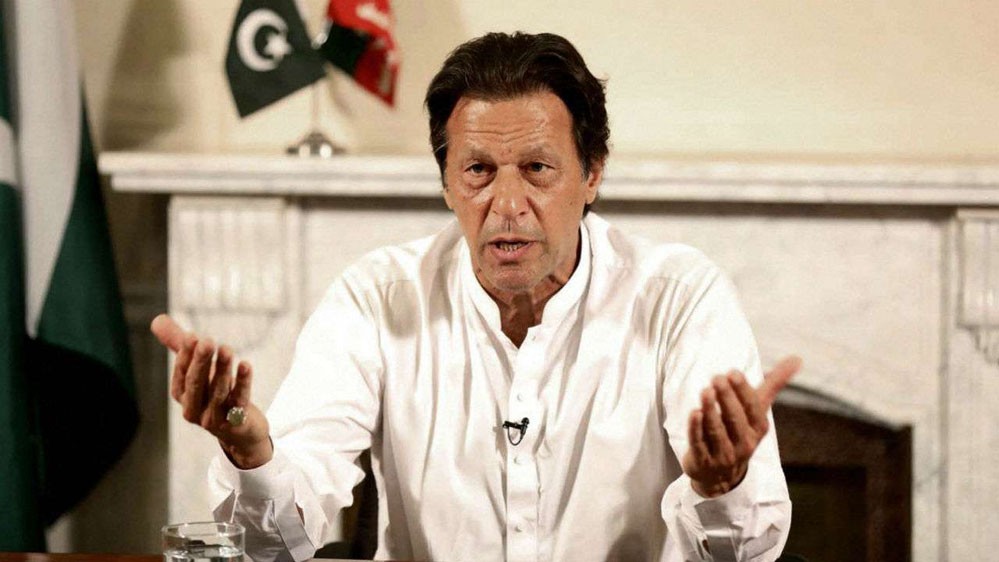 In a public social media post on the morning of the elections, a newspaper editor declared his absolute antipathy for the PTI and anyone who was going to vote for this party before proceeding to make some crude jokes about such people. Biases are natural in the journalistic profession, but such openly declared biases?

What is a cause for concern is that the journalist in question has considerable editorial control over what does or does not appear in a significant section of what is a popular, mainstream news publication relied upon for information and analysis by a wide cross-section of English readers in society. It’s one thing for media professionals to vent in a brash or politically incorrect manner in a private setting (we can all be excused for that), but quite another to do so on public platforms. How an editor, reporter, anchor or analyst deports her/himself in public posts on Twitter and FaceBook will, fairly or unfairly, have an inevitable effect on how the information or opinions presented in their publications or programmes are received by the public. Media organisations need to think seriously about the potential effects of letting their senior staff run amok on social media.

Sadly, the above anecdote is just one example among many of the kind of free-for-all that is today taking place between journalists and PTI voters in the social media realm. Some analysts are now trying to argue that it was raising the issue of civilian supremacy that unleashed the PTI voters’ ire against them on social media, but in truth the ‘fun’-filled conflict between PTI ‘trolls’ and sections of the media extends far back to a time when the issue of civilian supremacy had not yet assumed the importance it has gained since 2014.

Although the PTI got off to a slow start, following the transition to civilian rule in 2008, its support picked up pace with expanded ground-level organisation and social media outreach. The latter was a realm where there was a clear domination of PTI supporters rather than any other party’s, leading to a mocking perception in many quarters of the intelligentsia that the PTI could win an election only on social media and that the class which supported it composed of merely a small group of Westernised urban youth who could not even be relied upon to get out of bed to vote on election day.

The PTI’s subsequent emergence as the second-highest vote-taker nationally in the 2013 elections caused significant surprise and even embarrassment for a great number of analysts whose failure to judge which way the wind was blowing was likely caused by a case of wilful blindness. Having grown up on a diet of revolutionary poetry during the 1960s and 70s, there was an emotional resistance to recognising what a trouncing was coming the way of parties which still have a left-tinged romanticism attached to themselves despite their reputation of unparalleled fiscal irregularities.

Constructive criticism is definitely needed, and for this to have an effect, we who are in the business of shaping opinions must make sure not to lose our dignity. An analyst or journalist’s public persona is important.

An unfortunate game has become popular on Twitter in the last six or seven years. Journalists/analysts (mostly from the English press but also from electronic media) are dismissive and derisive about the PTI chairman’s prospects and capabilities and desperately confident PTI fans (called ‘trolls’) react in a harshly emotional manner that both tickles and aggravates the analysts. The closer the PTI has edged to electoral victory, the more bitter and acrimonious the game has become, and we have seen several analysts go out of their way to respond to and bait the ‘trolls’, taking pleasure in the petty skirmishes.

Now that there is a PTI government at the centre and the stakes are even more serious, it is unfortunate that many analysts are still treating this interaction like a game. Is it not possible for analysts to say what they have to say in a civil and measured tone and then refuse to engage with any ‘troll’ who takes the exchange into irrational and uncivil territory? Is it necessary to mock and deride and attempt to win the war of delivering the most witty and supercilious comeback? Surely, that kind of behaviour is better left to the ‘trolls’.

We are living in challenging times for democracy in Pakistan and the role of reputable news organisations in shaping public opinion is too vital to be taken lightly. Critique needs to appear measured and dignified and focus on the major issues affecting mainstream life for the masses, rather than on frivolous mockery. Take the topic of Imran Khan’s current wife, for example. She came to occupy the position she does in rather enigmatic circumstances about which some speculation is certainly reasonable. However, when prominent journalists and academics focus their attention so closely on the new first lady’s attire and openly fritter away their time in tweeting distasteful memes ridiculing the ‘opaqueness’ of her dress, it conveys the image of neither intelligence nor education.

The truth is that the famous, unreasoning PTI ‘troll’ is not the only kind of voter there. It includes citizens of all genders and education levels and most ethnicities, religions, and religious sects. What is more, plenty of Imran Khan’s voters are sceptical and critical of various aspects of his party’s performance, policies, and rhetoric. They shouldn’t be pushed by the perception that the press (and the English press in particular) is hopelessly biased against him (and them) to start fading out any and all media criticism of the party.

We cannot afford to have a situation where huge numbers of educated readers in today’s Pakistan start tuning out what some of the most historically prestigious sections of the press have to say. The consequences are too dire to imagine.

As columnist Asha’ar Rehman warned the PTI’s "dismissive, fun-making critics" while writing in Dawn a few years ago, there will inevitably be a price to pay for a lack of sober engagement and "pretending for so long that you were only up against a comic character you could use for some cheap entertainment".

The PTI propaganda machine is massive. We have not seen anything of these proportions for a long time in this country. And it is powered by the frantic hopes of people who must have something. Many facts that are inaccurate and ahistorical are often seen being popularised by the PTI leadership. It would be unhealthy for the country, for the PTI to be carried along on a wave of goodwill and forgiveness.

Constructive criticism is definitely needed, and for this to have an effect, we who are in the business of shaping opinions must make sure not to lose our dignity. An analyst or journalist’s public persona is important. We need more neutral-looking and well-respected journalists and analysts in this generation.