Life is delicious with Khalid around! 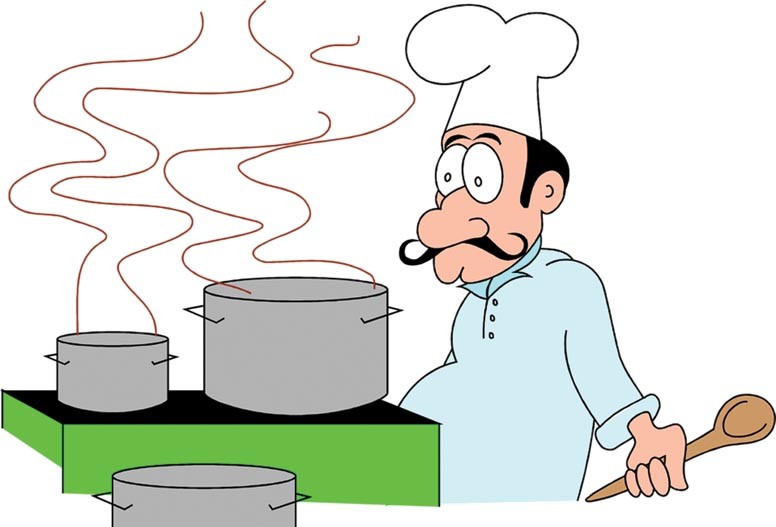 In my home we hold strong opinions on just about everything -- from the newly elected prime minister, to the ideal age of marriage, to how much tv anchors of television channel make in a month. To an outsider, it may seem that we never agree on anything and are forever bickering and that may well be true! But we forge a united front when it is Khalid -- our cook!

And when it comes to our all time favourite -- biryani -- Khalid wins hands down. No two opinions about that! He makes the world’s best biryani -- the potatoes are just the right amount of soft and enough for everyone, the masala reaches every single grain, is fiery but does not explode your brain. Best of all, the dish is never the oily kind that our next door neighbour sends us!

With just the right amount of ginger leaving your tongue tingling for a fraction of a second, he makes the perfect ABC juice -- the one that has lately become popular among Karachi’s begum brigade who want to detox their bodies, rejuvenate their sallow skin yet not add calories! If his khow suey is to die for, his chicken tarragon will leave you in a state of satisfied stupor. And now that he’s learnt to make jams, marmalades and achars; ammi, mumani jaan and khala have been let off the hook!

He knows how to please each one of us -- my omelette will never have tomatoes and will be lean accompanied by a crispy whole wheat flour paratha; hubby’s will have everything in generous amounts and fluffy with brown bread. The sunny sides will be cooked to perfection for me, but for my husband he may brown the edges to please him and serve it with some leftover keema on the side.

He may not know the art of carving fruit and vegetables, but the way he cuts grape-fruit, or slices cabbage or dices carrots it is a pleasure to eat them. He will core the apples for everyone without peeling the skin, but for me he will keep aside a few that are without skin; he will make the best looking French toast with honey wafting in cinnamon for daughter-in-law and serve doodh-patti in her favourite tea cup! He has pampered all of us to the point that we’ve become spoilt so when he goes on leave (he takes long leaves) it’s like our life has come to an end!

For most homes, it’s the mother/woman who is the fulcrum and keeps a family together; in ours, I have to concede defeat and hand over the shield to Khalid! We all travel for work or pleasure, but none is missed as much as he is when he goes on his annual (sometimes twice a year) leave. It is as if a light has been snuffed out!

When he goes, cracks appear in our very family bond and I notice the kids eating out more. Though he always leaves a temp before going, we never seem to adjust to the new chap, none of us, especially my son who enjoys a special bond with Khalid because of the makai ke roti he makes for him every day and ensures he gets his meat intake even if the rest of us will make do with a vegetarian fare on meatless days.

The complaints keep piling up as I act as the buffer zone between the new cook’s grunts of disapproval of the family of spoilt brats in between his banging of cabinet doors and crockery in the kitchen and the family’s silent but pained looks at every meal. No amount of cheering will bring back the shine in their eyes and our house is shrouded in a pall of sadness.

And then one fine day, after two complete months when he calls, and we wait with baited breath for him to inform us he is on his way back, he disappoints us saying there has either been a death in the family, someone is sick, there have been rains in the village and his house has been damaged. He needs another 15 days! It’s the same sinking feeling you get when Mufti Munib announces the moon is a day late in appearing and Pakistanis will have to keep the 30th roza of Ramzan.

And though I seethe in anger for his transgression and am hurt beyond words to have let us down, the countdown has begun! And soon we get another call when he announces his homecoming! Everything is forgotten. The world looks beautiful and everyone becomes cheerful. We even become more generous in our praise for the new cook; the joy of the news of his return is even better than Mufti Muneeb’s sighting of the Shawwal ka chand!

Life is delicious with Khalid around!