Bombshell for the alt-right

In his new book, Springmann provides an all-inclusive analysis of the recent migrant influx, what’s causing it, and what it eventually means for Europe 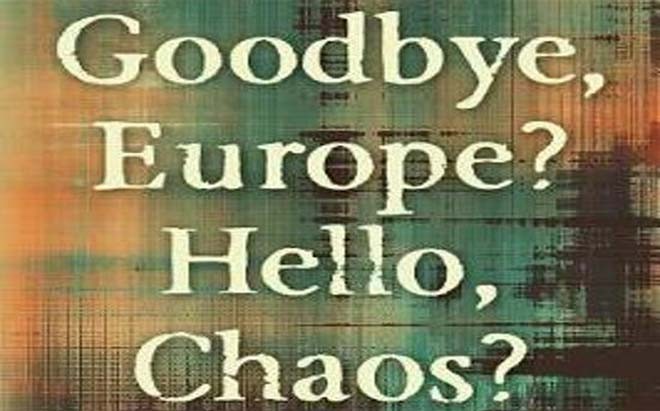 [Where do you go? I go from country to country alone. And nothing and no one invites me to stay… My land. You are here in my land]

German metal band Rammstein released the song ‘Mein Land’ [My Land] in 2011, as a satirical take on the growing resentment in Germany towards immigrants. Of course, it was in 2015 that German Chancellor Angela Merkel launched the open door policy for refugees, which divided her nation, and made Rammstein’s thumping track even more relevant.

Meanwhile, in the same year, former head of US visa bureau in Jeddah, J Michael Springmann wrote the book Visas for Al Qaeda: CIA Handouts That Rocked the World: An Insider’s View, which claimed that jihadists affiliated with Osama bin Laden were being sent to the US to be trained by the CIA in the late 1980s.

Upping the ante on what has now become his niche, Springmann’s next book Goodbye Europe? Hello, Chaos? Merkel’s Migrant Bomb brings together his narrative on the CIA, and the growing tide of anti-immigrant sentiments in Europe.

Arsenal star Mesut Ozil announcing his retirement from the national side after a disastrous World Cup campaign last month -- citing racism targeting his Turkish roots -- has brought to the fore the extent of the backlash against not just the refugees, but nationals who’ve lived in Germany for generations.

Springmann’s theory -- one can prefix it with conspiracy, depending on one’s penchant for evidence -- is that the massive influx of refugees is a ploy of the US to weaken Europe as a continent, through a vicious circle that keeps the American war machine going.

"America achieved this drastic transformation of Europe not through atomic bombs, marching armies, or fleets of warships but through a concept in asymmetric warfare: using directed mass migration as a weapon. That’s a sword that cuts in two directions at once: against the targeted recipient group as well as against the migrant outflow country."

Goodbye Europe argues that the US has created the war in the Middle East in the first place, and then fabricated a narrative in Europe where any country refusing to accept an influx of refugees is deemed racist.

"One… cost is simply an overwhelmed physical capacity to digest the influx. A second is political blackmail, aimed at the target’s society or its professed liberal values. This translates to, ‘If you’re so tolerant, why do you oppose people fleeing oppression? They just want to work, pay taxes, and live the good life’."

Springmann’s book comes amidst the rise of far-right populist sentiments around the world, but especially in Europe. In Germany, where most of the book is set, Alternative fur Deutschand has become a political threat despite only being formulated five years ago. In France, Marine Le Pen’s Front National was a veritable contender in last year’s elections. Austria’s Freiheits Partei Osterreich almost had its Norbert Hofer elected president in 2016, and in the Netherlands Partij voor de Vrijheid (PVV) led by Geert Wilders has become the country’s second largest party.

Of course, Springmann’s narrative doesn’t pander to the traditional far right, but has been widely embraced by sections of the flourishing alternative right. Even so, the idea that there is a CIA plot to flood Europe with refugees, in a bid to weaken the continent -- and keep it away from Russian influence -- not to mention the simmering of internal divides, does dehumanise the immigrants as pawns in the great US game, even if the author intermittently sympathises with their inadvertent role.

But at the core of Springmann’s entire narrative is the assertion that the US is pulling all the strings, ranging from security personnel deployed across the world to the leaders of the West. For instance, the book touches on the Paris attacks of 2015 and how the link with Syria was fabricated to continue the bombing of the country.

Given the routes that the refugees, desperately clinging on to their lives, take to enter Europe, the author has also earmarked Turkey as a key complicit in the US designs -- notwithstanding the ongoing clash between the two countries as you read this. "The government of Recep Tayyip Erdoğan could have blocked the wave of migrants into Turkey. Yet he allowed the tsunami to crest. Beyond that, he is now encouraging a greater migrant flow, blackmailing Europe with his own policy agenda, demanding Turkey’s entrance into the Schengen-area visa-free travel zone as well as aid."

What the author simply refuses to buy is the percentage of jihadists that are accompanying the refugees to Europe, claiming that this too is a part of the design at border control across the continent, but primarily Germany.

Goodbye Europe is the latest in a multitude of narratives that use the refugees’ plight, for their own interests. These include the liberal sections as well, ironically, cited in the book, that silence the genuine concerns of the locals -- not all of whom are Nazis -- exacerbating the resentments which are increasingly giving rise to populist leaders around the world.

Bombshell for the alt-right