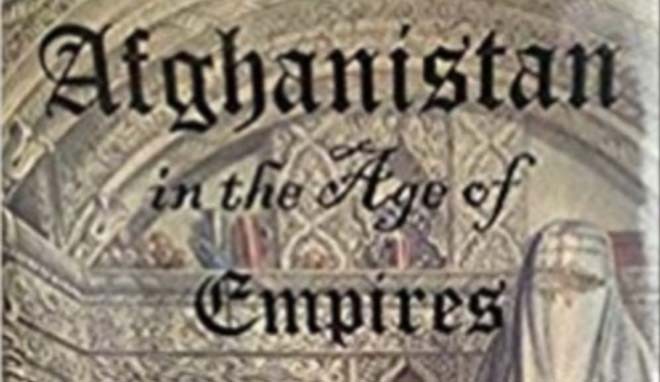 Unlike Punjab and Sindh, Afghanistan has existed as a nation state for only 137 years. Of all the leaders that the country saw in this short period of time, Shah Shujah -- grandson of Ahmad Shah Abdali (Sadduzai) and son of Taimur Shah -- is perhaps the most discussed, along with Dost Muhammad Khan, Ahmad Shah Abdali and Zahir Shah.

Afghanistan in the age of Empires penned by Farrukh Husain, a law graduate of SOAS who also studied at King’s College and was called to the bar by the Inner Temple is one of the many books on Shah Shujah. Like many Sadduzais, Husain’s ancestors were victims of tribal infighting and just like the three grandsons of Abdali, the author’s ancestors had to take refuge in Punjab as well. It is perhaps this estranged legacy that had a lasting impact on the author.

Husain uses many unusual references in his book, like the letters of Tipu Sultan to Shah Zaman -- King of Afghanistan and elder brother of Shah Shujah -- poetry of Shah Shujah, daily court register of Maharaja Ranjit Singh "Akhbar-e-Deorhi" together with various accounts of colonial officers; but apparently he failed to analyse it well. He seems more concerned about the lost power of Sadduzais and the precious, albeit notorious diamond Koh-e-Noor, rather than the sufferings of the Pashtun/ non-Pashtun Afghans and the overall Afghan diaspora. His reliance on colonial literature seems surprising because even in the book he mentions:"Much of Afghanistan’s heritage remains in those countries, which have invaded and plundered Afghanistan. London remains central to trade in Afghanistan antiquities."

Without having an in-depth knowledge of the pre-colonial times -- the trade, commerce, traditions, scholarship norms back then -- it is hard to understand colonial literature well. A comparison of pre-colonial literature with writings of colonial times may help researchers to deconstruct any prejudices that were constructed during post-colonial times. For instance, significant socio-political information regarding the joint border areas of Pakistan, Iran and Afghanistan can be gathered from literature published in different languages before the colonial period.

Works on the Greco-Buddhist period, poetry of Baba Fareed, Baba Nanak and books like Al-Baladhuri’s Kitab Futuh al-Buldan, Alberuni’s Kitab ul Hindh, Kalhana’s Rajatarangini, Hatefi’s Zafar-nama, works like Baburnama or Tuzk-e Babri, Shabani Nama, Ain-i-Akbari, Tarikh-i-Tahiri, Mirat-ul-Memalik, Alexander Gardner’s Soldier and Traveller etc. can help deconstruct the narrative set by colonial literature. However, while reading the works of colonial officers it must also be kept in mind that the majority of them were not trained professional researchers.

For example, read a paragraph about the city of Kabul published in Bāburnāma translated into English from the Turkish language by Annette Susannah Beveridge in 1922 (available online at archive.org). The book, originally written by Babur in Turkish, was translated for the first time into Persian during Akbar’s reign. Babur in his book writes:

About the diversity of Kabul, he writes: "There are many differing tribes in Kabul; in its dales and plains are Turks and clansmen and Arabs. In its towns and many villages are Sarts (i.e. Persians). Out in the districts and also in villages are the Pashai, Paraji, Tajik, Birki and Afghan tribes. In the western mountains are the Hazara and Nikudiri tribes, some of whom speak the Mughali tongue. In the north-eastern mountains are the places of such kafirs, non-believers, as Gawar and Gibrik. To the south are the places of the Afghan tribes.

Eleven or twelve tongues are spoken in Kabul: Arabic, Persian, Turkish, Mughali, Hindi, Afghani, Pashai, Paraji, Gibri, Birki and Lamghani. If there be another country with so many differing tribes and such a diversity of tongues, it is not known.’’

In these small paragraphs you may find many unexplored things without understanding which, you cannot understand this land and its people. Names of the tribes and their languages need special attention so they can be linked to the present times. Alexander Gardner -- an Irish American commander, who visited Russia, Central Asia, Afghanistan, Gilgit Baltistan and the Punjab for more than two decades (1817-41) -- in his book Soldier and Traveller, mentioned many an unusual thing about the region regarding tribes, languages and people. He recorded the presence of the Red Kafir tribes from Ghazni to Kunduz to the area now called Nuristan.  Even British handpicked King Amir Abdur Rahman, in his autobiography, mentioned a vast area where Red Kafirs were living. Over time Afghanistan evolved, however its rich history is largely missing in the numerous books published about the country.

The question remains, however, if the descendants of migrants adapt to the language, culture or traditions of the region after a few generations, where do they stand, as far as ethnic legacy is concerned? Farrukh Husain’s book is but a glaring example of how recent books regarding the history of Afghanistan have steered clear of these difficult questions.