Woakes got the chance to play the second Test only because Stokes was to appear in court in the same timeframe that the Test was played. And he didn’t waste it 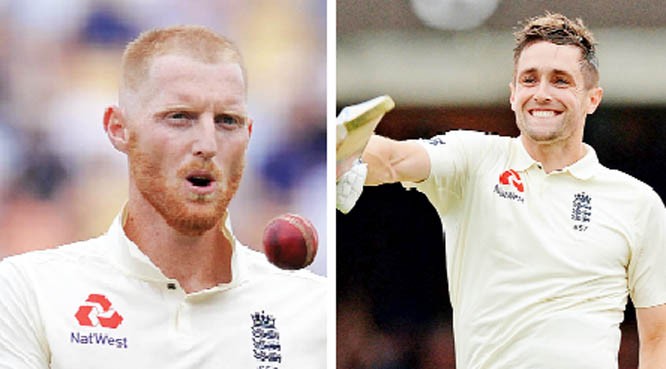 With his match-winning performance in the second Test against India, England’s Chris Woakes once again proved that he is superior to his compatriot Ben Stokes who has been preferred by the English selectors.

Woakes got the chance to play the second Test only because Stokes was to appear in court in the same timeframe that the Test was played.

Though Stokes played an important role in England’s triumph in the first Test, the performance of Woakes in the second match was much far more significant.

Bowling in India’s first innings, Woakes got the most prized wicket -- that of Virat Kohli --, and also removed dashing all-rounder Hardik Pandya.

Then, batting at number seven, Woakes scored an excellent innings of 137 which paved the way for the innings victory in the rain-curtailed contest. England had lost five wickets and seemed unlikely to gain a big lead against the Indians. But Woakes’ century allowed them to build a huge lead of 289 runs which ultimately won them the match without having to bat twice. In the second innings, too, he took two wickets.

I repeat that Ben Stokes is an overrated player. There are much better all-rounders in world cricket today. Even if we consider only fast bowling all-rounders, there are many better than him.

Woakes averages 32 in Tests and has 68 wickets from 25 matches, 2.7 wickets per match. He averages nearly 28 in ODIs and has 109 wickets from 76 matches, far better than Stokes.

Vernon Philander of South Africa averages about 25 in Tests and has 205 wickets from 55 matches, 3.71 wickets per match, much better than Stokes.

Mitchell Starc of Australia, a bowling all-rounder, averages 21 in Tests and has 182 wickets from 43 matches, 4.23 wickets per match, again way ahead of Stokes.

If we include spin bowling all-rounders in our analysis, there are many players who are much more valuable for their teams than Stokes has been for England.

His teammate Moeen Ali averages 32 in Tests and has 133 wickets from 50 matches, 2.66 wickets per match.

Ravi Ashwin of India averages 30 with the bat, which is a huge bonus for the Indian team since he is a specialist bowler with 323 wickets from only 60 Tests and has rightly been called the Bradman of bowlers.

Shakib Al Hasan of Bangladesh averages nearly 40 in Tests and has 196 wickets from 53 matches, a brilliant 3.69 wickets per match. His average of 35 in ODIs and 237 wickets from 188 matches make him the best all-rounder of the world cricket today.