Zakia Mashhadi a worthy exponent of short story in Urdu 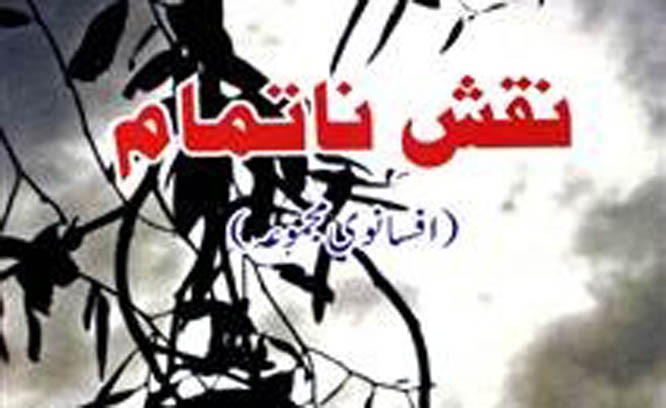 Sedulously probing the social contours close at hand, Zakia Mashhadi time and again hits pay dirt, opening up seams pregnant with fictional potentiality. She must now be rated as a worthy exponent of short story in Urdu.

The dominant themes in her fiction are not many and can be explicitly pinpointed. Some are universal in nature, others common enough but imbued with localised strains and stains, and some endemic to the cultural indeterminacy now prevailing in India. Not easy topics to deal with, the religious, cultural and political ramifications too tangled to allow a clear view. But challenges like these are invigorating rather than enervating, provided the writer has no hang-ups.

A rather ugly phrase has now crept into everyday usage -- the generation gap. It is one of the aspects of modern life which Zakia deals with discreetly. In fact there is no escaping it in the present circumstances. No such thing existed in the past, each generation was more or less like the one preceding it. Minor dissensions or awkward deviations were ironed out with a minimum of fuss. Such easy dismissal of inconvenient matters is no longer possible.

With the world changing by leaps and bounds during the last fifty years, there is an acceleration unheard of in former days, the generation gap widening not as arithmetic but as geometric progression. Things will go completely haywire when the gap jumps from 4 to 8, and soon afterwards from 8 to 16, maybe within the next fifty years. What would it be like then is unimaginable. Even now the cracks are widening, the entire edifice of traditional polity is on the brink of disintegration. The tragic situation is brilliantly defined in ‘Parsa Bibi Ka Baghaar’, a longish story and one of her most trenchant explorations of the issue.

There are other stories also which deal obliquely with the same problem. In them the odds and ends, so cherished and safeguarded by the elders, are looked upon contemptuously by the new generation as mere trash, fit to be discarded.

And among the things to be summarily ditched is Urdu, an anachronistic legacy no longer relevant. There must be something inimical to Urdu in the air because the younger generation everywhere, the kids in particular, so unequivocally dislike it -- find it despicable, that would be the right adjective -- and idolise English which, by the way, very few of them would be proficient in eventually. The what-to-do is subtly summed up in ‘Fida Ali, Karely and Urdu’, a funny, ironic and ultimately wrenching story.

Other stories deal with graver issues which may or may not lead to bloodshed but usher in an ambience of festering rancour. The problem, in an Indian context, is straightforward enough. How to survive as a harassed minority, with some degree of dignity, while it faces up to a majority which is not only in power but bent on settling, real or imaginary, old scores. It is a recycled motif in Zakia’s fiction. In point of fact, there is no getting away from it. An unsavoury symbiosis or you can call it an unpalatable inheritance. The mood of distrust is so thick and smothering that neither the Muslims nor the Hindus can do anything about it. The Muslims are ghettoised and discriminated against.

Every major city and town in north India has Muslim concentration areas called "Mini-Pakistan" and viewed as centres of riot productions designed to intimidate Hindus and generate more and more partitions -- a convenient fiction to turn Muslims into whipping-boys. Zakia views this implacable unpleasantness with detachment. The best story in this context is arguably ‘Sada-e Bazgusht’ in which a well-off Muslim family, living in a posh locality where most of the inhabitants are Hindu, is suddenly forced, by the threat of communal rioting, to sell out and move to a so-called mini-Pakistan. Its arrival there is greeted with derision.

Or take the story entitled ‘Bherye Secular Thay’ in which the daily life of a village is devastated by a wolf or a pair of wolves who attack and devour a number of infants and young women. No one had actually seen the beasts but it was assumed that they alone were responsible for the havoc. Then, one day, it occurs to some of the wise guys that so far all the victims had been Hindus. So it was not the wolves on the rampage at all but the devious Muslims slyly at work, doing away with the Hindus.

The stage is set for a fearful bloodshed. Luckily, the beasts pre-empt it by conclusively proving that they draw no distinction between the Hindus or Muslims. But what fragile peace indeed which can be torn apart by whimsical notions.

Now, to the most ticklish issue in a couple of her stories -- that of interfaith marriages, in which the wife happens to be a Muslim. It is something unheard of over here and almost a taboo. In India, however, with its avowal of secularism, even though entire communities are at loggerheads, love sometimes threads its way across a different path altogether. A Hindu may marry a Muslim woman with impunity. The obverse, however, is fraught with mortal danger. In ‘Qissa Janki Raman Panday’ the man has two wives; one a Hindu, forced on him and accepted as a familial obligation, and the other a Muslim widow he had fallen in love with. To please her or to lessen her sense of guilt, he even embraces Islam. No hypocrisy is involved. He is at peace with himself and the world, neither a bigoted Hindu nor a punctilious Muslim.

It is a delicately woven tale with a poignant ending. Life in its wholeness, its straight thoroughfares and its less frequented byways, is a conundrum, hard to fathom and equally hard to come to terms with. Like human beings themselves, an enduring mystery, like the will of God.

Zakia Mashhadi in her fiction stands up as every authentic and down to earth writer must, for the poor, the helpless, the down-trodden, the simple-minded and those with no say. There should always be someone around to speak on their behalf or else the world, a miserable place for many, will become more unspeakably miserable.

Should we say that there is sympathy lurking round the corner in most of her stories? Maybe not. She is too hard-headed for that. But there is some pathos for sure -- enough of it to ignite the narratives.

A selection of Zakia Mashhadi’s stories has been published by ‘Aaj’, Karachi.