The great writer of the English language

As in life, V.S. Naipaul will remain controversial in death and beyond. But he will live in his books as a great stylist, literary artist and a peerless constructor of sentence 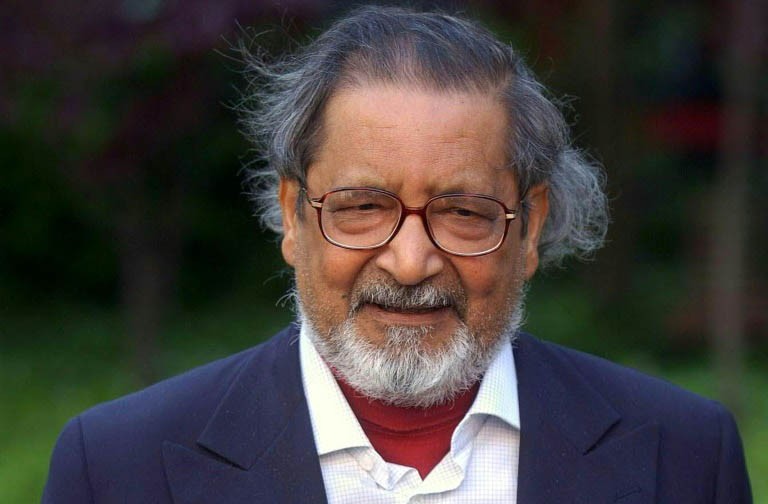 Sir Vidiadhar Surajprasad Naipaul (V.S. Naipaul), the Literature Nobel Laureate, was a great West Indian writer of Indian ancestry. Naipaul was single-minded about pursuing writing as a profession from an early age. Over time, this passion made him into one of the greatest writers writing in English. Yet he leaves behind him a deeply contested legacy. His view of post-colonial societies and the Muslim world was hugely negative and smacked of an imperial mind-set.

He had nothing positive to say about the country Trinidad, where he was born, or its people. "My most difficult thing to overcome was being born in Trinidad," he said, "That crazy resort place! How on earth can you have serious writing from a crazy resort place?"

His dark and negative portrayal of the people of West Indies led Derek Walcott, another Literature Nobel Laureate and a fellow West Indian, to characterise him as ‘Sir Nightfall’.

Naipaul was equally unsparing and harsh in his criticism of the non-Arab Muslim world as the ‘converted’ people turning their back on their own history and adopting Arab imperium. He thought of Islam as a barbaric and uncivilised religion. He even suggested the US forces should stay in Iraq much longer with the express purpose of civilising the Arabs.

Naipaul wrote two books on Islam -- Among the Believers and Beyond Belief -- based on his travels to Iran, Pakistan, Malaysia and Indonesia. Both books, decades apart, peddle Naipaul’s unalterably fixed view of Islam. In India, too, he has been criticised for his unsympathetic portrayal of India in three books: An Area of Darkness, India: A Million Mutinies and A Wounded Civilization. Later, he warmed to the BJP government to the dismay of many.

Naipaul is often compared to Joseph Conrad. Yet, to me, his books of reportage bear resemblance in content to the travel books of another renowned Polish journalist Ryszard Kapuscinski who, like Naipaul, travelled to different parts of the globe to chart the rise and fall of anti-colonial agitations and revolutions. Kapuscinski, however, wrote in a much more empathetic tone.

Naipaul showed an utter lack of empathy in inflicting further wounds on, what one critic said were, the already wounded people of post-colonial societies. From 1950 onwards, he lived in Britain; yet his creative output did not touch upon the struggles of the ordinary immigrants fighting against daily racism, micro-brutalities and discrimination.

V.S. Naipaul was born in Trinidad in 1932 to a journalist father with literary ambitions. His father felt inhibited in the pursuit of his deeply-held literary ambitions by his overbearing in-laws and the daily demands of journalism. The unfulfilled ambition of the father was to seep into the young Naipaul and harden further as he grew older. Naipaul won the hard-fought scholarship to Oxford University in 1950. This provided him an escape route to literary stardom which every Caribbean writer sought in England.

Naipaul showed an utter lack of empathy in inflicting further wounds on, what one critic said were, the already wounded people of post-colonial societies.

At Oxford, he felt terribly lonely. However, he was saved by his friendship with Patricia Hale, which later developed into full-blown romance. They were married in 1955. Patricia was to play an important part in his rise to becoming a literary icon, acting as his reviewer, reader and secretary.

After his graduation, he worked for the BBC Caribbean Service while spending his spare time at the typewriter in the freelancers’ room of the corporation. Always in search of material to write about, V.S. Naipaul mined his personal biography and geography to produce a string of novels focusing on his childhood. His three early books -- The Mystic Masseur, The Suffrage of Elvira and Miguel Street -- were the product of this Caribbean inspiration. The big breakthrough came with the publication of the novel A House for Mr Biswas (1961), loosely based on his father and his own family. Critically acclaimed, it is still regarded his best work.

When the family-rooted Caribbean inspiration dried up, Naipaul turned his hand to non-fiction which grew out of his travels to different parts of the world. It was a time when anti-colonial agitation and pro-liberation movements were flickering in the developing world. Being of conservative bent, the prospect of radical political change repulsed Naipaul. Rather than identifying with the political struggle of the oppressed people to break free from the yoke of colonialism, V.S. Naipaul’s writings dripped scorn and skepticism of such self-affirming struggle for independence.

Third-world intellectuals were appalled by this attitude. Chinua Achebe, the great Nigerian writer, branded him a "restorer of the comforting myths of the white race". Edward Said also questioned his superficial understanding of Islam and Muslims.

In personal conduct as well, Naipaul was known to be cruel and opportunistic. He mistreated his long-suffering wife Patricia. He even admitted to contributing to her early death by his cruelty. Naipaul also admitted to abusing his long-term mistress, Margaret Gooding, an Anglo-Argentine, with whom he maintained more than two decades of relationship. He abruptly broke off this relationship when he proposed to Nadira, a Pakistani journalist, who became his second wife.

In 1990, he was knighted by the Queen. In 2001 he was awarded the Nobel Prize for Literature for his "united perceptive narrative and incorruptible scrutiny in works that compel us to see the presence of suppressed histories". The Nobel Prize judges also showered special praise on The Enigma of Arrival (1987) as a masterpiece. Earlier on, in 1971, he won the Booker Prize for his novel In a Free State (1971) which dwelt on stories of colonialism and the colonised people.

He was a peerless constructor of the English sentence. He will be remembered chiefly for his literary craft, luminous sentences and unflinching dedication to the vocation of a writer. He was a precise writer and never wrote falsely as Paul Theroux, his long-standing friend, noted. But the politics of his fiction and non-fiction work remains highly controversial. He even pronounced the death of the novel as a literary form midway through his career, only to return to it later in his life.

As in life, Naipaul will remain controversial in death and beyond, but he will live in his books as a great stylist and literary artist.

The great writer of the English language