Putting our house in order

Housing shortage has been a challenge for decades. Here are some facts to understand and resolve the issue 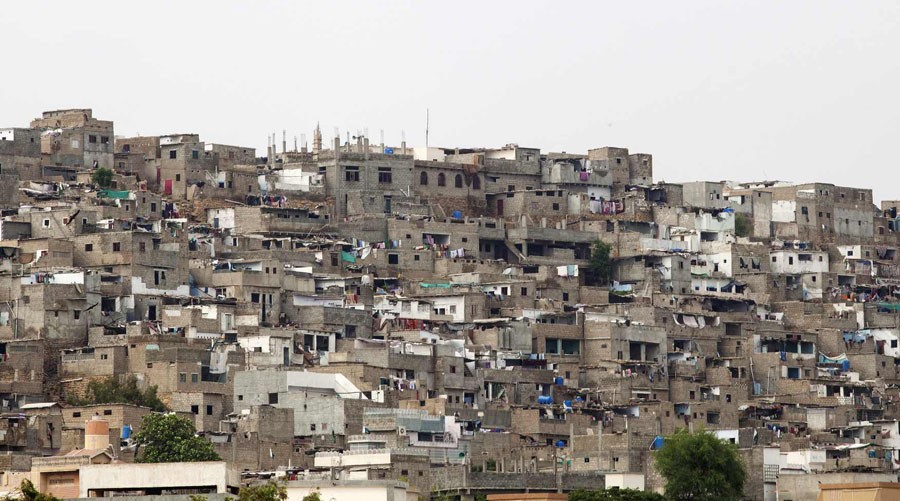 According to the latest discussion document from the State Bank of Pakistan, quoting figures from the World Bank, the shortage of houses in Pakistan is some 400,000 units a year, with a national deficit of some 10 million units, and 3.5 to 4.0 million in urban areas.

Similar figures have been taken for granted over the past 50 years or so. Where exactly do they come from, and are they right?

The reason for some trepidation regarding housing shortages is based on the nigh impossibility of knowing how many houses are there in Pakistan. There appears to be no census (count) of housing units. In what is called the housing census, conducted as part of the population census, only those people are counted that live in houses, and only those houses are counted that have people living in them. As a result, the number of houses is always going to equal the number of households. Thus, almost by definition, there can never be a shortage, though of course the size and construction, etc., may be unacceptable. Nor is there any survey of housing production.

Since the late 1970s, "housing shortage" in Pakistan has been calculated on the basis of the additional number of persons per house over time. Thus, if the number of persons per room was, say, 3 in 1970 and 3.3 in 1980, then the 10 per cent increase is attributed to a 10 per cent shortage of houses. This approach has been questioned, but more on technicalities rather than conceptually, and subsequent authors have simply continued to use and perpetuate these numbers, often inaccurately.

Another way to look at the way the problem is presented is to ask if, as the World Bank says, "the shortage of houses is some 400,000 units a year, with a national deficit of some 10 million units, and 3.5 to 4.0 million in urban areas" -- where do all of these homeless households live? Why are the streets not littered with homeless people?

Of course there is homelessness in Pakistan. "According to a survey conducted by Shelter for Homeless People there are around 185,000 homeless people in Lahore. Of these "98 per cent are male while two per cent are female, and around 18 per cent are children," says Nasrullah Bukhari, chairman of the organisation."This number of homeless is almost exactly the same number as in London. However, London’s population is 8 million, while Lahore’s is 11 million. So while homelessness in London is 2.5 per cent, in Lahore it is 1.5 per cent of the total population: significant, but not unmanageable.

It can be countered that the homeless in Pakistani cities are living in the katchi abadis, and that would put their population at almost 50 per cent of the urban total. However, these are not homeless, rather poorly housed.

So is there no housing problem? Yes, of course there IS a problem, but it is NOT what the State Bank’s Policy for Promotion of Housing Financesays it is. In the Policy, the problems and their solutions are summarised as:

A shortage of houses - and so it proposes measures to make low-income housing more attractive for developers.

A shortage of land for housing and therefore its high price - and suggests the transfer of public land to developers in exchange for using 50 per cent for low-income housing.

A dearth of finance for housing for both developers and for households - and proposes finance at low-interest.

Legal and bureaucratic obstacles to prove ownership, acquire loans or to enable lenders to foreclose - and so proposes simpler and less onerous paperwork.

Won’t implementing these proposals help solve the housing problem? Certainly this will extend finance and perhaps even lower-cost housing to those at the upper end of the lower-income, but it is unlikely to make much of a dent in the problem. If all works precisely as planned, some 200,000 low-income households will be made available over the next 3 years. Given our past record, little if any of the free land made available to developers actually gets to those for whom it was intended, and in any case, with an annual need of 400,000 units, the 70,000 will help, but not resolve the problem. Similarly, even with a trebling of our debt to GDP ratio will still leave us in 2nd to last place globally.

Interestingly, the document does not tell us what the expected cost of these proposals will be, making it even more difficult to justify whether it is worth it. Moreover, since it does not say that there are any liquidity problems, why should this warrant a loan from the World Bank is not clear.

So what is the alternative? Let us look at the reality. The State Bank wants to increase house ownership. The housing discourse in Pakistan, like that posited by the State Bank, would have us believe that house ownership in Pakistan must be very low. In fact, the realityis that Pakistan’s situation should be the envy of most countries! Overall, as many as 84 per cent of all households OWN their houses! In the rural areas, the figure is 90 per cent and even in urban areas, 74 per cent of all households own their houses.

By comparison, in the USA, home ownership is 65 per cent, in the UK it is 64 per cent, while in Germany it is 52 per cent and in Switzerland it is 43 per cent.

According to UN-Habitat, almost 75 per cent of urban houses are in slums and katchi abadis. Don’t they need to be replaced? UN-Habitat defines a slum as having the following five characteristics:

u No security of tenure.

u No safe water supply.

u No acceptable sanitation.

Of these 5, the first 3 are to do with the locality - abadi - and the availability or provision of basic urban services, and which the household can do little about. Moreover, the construction of the houses are not katcha as the Table below shows - 96 per cent of the urban houses have brick walls, and even in the rural areas, almost 70 per cent are made of brick. As for overcrowding, it is a matter of definition.

UN-Habitat defined overcrowding as 3+/persons per room -- but this is not a universal/legal definition, and UN-Habitat also uses 4+ persons/room. Canada, by its own definition, has over 3 million "overcrowded" households. The UK uses 2+/room excluding children under 10 years. Given the presence of a very large proportion of children under 10 years, the majority of the houses in katchi abadis may not be overcrowded. Another way of looking at overcrowding is to say that every house should have at least 2 rooms and thus be able to segregate by age and/or gender.

Just to make the point: Katchi abadis need area improvement and provision of services and some improvement or upgrading of houses. They do NOT need replacement. The situation is the same across the major cities. With the exception of Islamabad, where many have rented or rent-free housing, the majority of the population own their houses, and in most of the cities, three-quarters of the houses have at least 2 rooms.

What about the debt to GDP ratio?  The State Bank finds it a problem that our housing debt is only 0.5 per cent of our GDP. Why is that bad? The fact that only 2 per cent of the houses have formal loans is NOT a bad thing - especially when the majority own their houses. Of course, with more, cheaper and easier loans, houses could be improved.

How can the State Bank housing policy be made more effective? The policy should focus on the katchi abadis where the bulk of the problem is and unless this is addressed, the housing problem will persist. It also allows for improving the state of Pakistani cities. Since most of the katchi abadis are, by the current official definition, on "public" land, transfer that land directly to the households instead of via developers as suggested in the SBP strategy. It should be very easy for the current land owner to prove title and this should be transferred to a development company formed for each katchi abadi (KADC) to hold as a single "mother title" against which it should be able to borrow if required. The original public owner can be offered undeveloped land - which the SBP would otherwise have provided for housing development.

The KADC would use urban designers to help develop an area-upgrading scheme using land-readjustment to minimise demolition or relocation. This should be based on principles of liveability, sustainable, people-friendly smart neighbourhoods, with the upgrading and provision of urban infrastructure and services. Funding would come from housing developers via a KADC fund.

Mixed-use development should be encouraged and expanded to increase employment and income earning possibilities. Housing loans should be available to households to improve, upgrade and extend (vertically) their houses, making them more energy efficient, ecologically sound and offering greater space. Title to the land would be available to purchase, and would only be given upon repayment of all loans.

The developer need not provide 50 per cent of the land for low-income development. Set up a Katchi Abadi Development Fund (KADF) to provide resources for urban development. The funds would largely come from a "cross-subsidising" levy equivalent to the "loss of earnings" they would have had under the SBP scheme, where they were expected to provide housing for low-income households.

Intensive urban development should be extended in order to make better use of the existing space and infrastructure investment, consideration should be given to allowing all existing areas to intensify. This should be done using similar design principles and considerations as the KADC.

All buildings and plots should be allowed to increase their floor area ratio (FAR), and extend up to 4 storeys (with suitable engineering design confirmation). Look for ways of creating additional public and communal land from road reserves and un-developed plots using land-readjustment principles. Vehicular traffic should be minimised by introducing mixed development, bus-ways and walkways.

Focus on facilitation rather than just development -- support, not deport people.

Improve and extend rather than adding new -- it costs less, is more sustainable.

Engage and involve citizens in urban development -- in particular make provisions for women, youth and the less-abled.

Putting our house in order