A new documentary on Netflix exposes a healthcare scandal 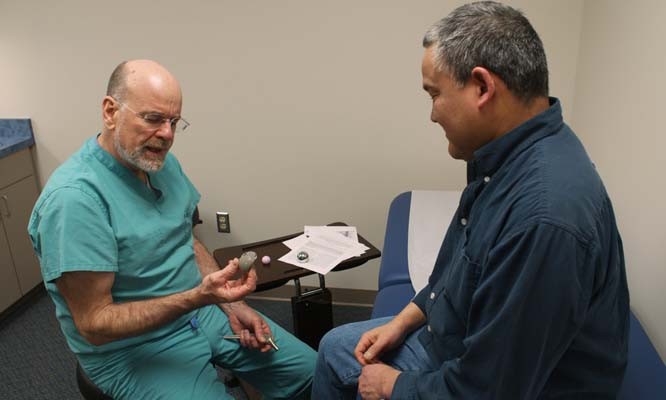 I have to say kudos to Netflix -- not just have they revolutionised how we access film and television entertainment but they are now doing the sort of work that we journalists once used to do: producing gritty investigative work on public interest matters.

I say this in the context of the Netflix documentary The Bleeding Edge. This film by Amy Ziering and Kirby Dick, uncovers a horrific pharma and healthcare scandal: the story of how medical devices in the US are not properly regulated and instead of making people better are actually ruining their health and destroying their lives.

Today some 70 million Americans are implanted with medical devices; this is a USD300 billion a year industry, and as one interviewee in the film points out, "the medical device industry is now bigger than big pharma".

Oddly enough in the US medical devices are not as strictly regulated as medical drugs are -- and since these were only brought under Food and Drug Association (FDA) control in 1976, many of them crept in on a grandfather clause because the industry said it was too complicated to re-test devices that were already in use (pacemakers, for example).

This situation has been made even worse in recent years where totally new materials have been introduced but the manufacturers have claimed these were just new versions of existing devices rather than new devices, so they too were grandfathered into circulation…

A horrifying example of how dangerous such an approach can be is the case of a very fit and active doctor (an orthopaedic surgeon) who needed a hip replacement. His new hip was made of cobalt. Surgery went well, but about a year and a half after his operation, he began to have symptoms like a tremor in his hands, his ears were ringing, and he began to repeat things a lot. He then had what he described as a "psychological decompensation".

Following the breakdown he began to look for answers. He started to check his blood and urine, and discovered that the levels of cobalt in these were about 100 times higher than they should have been. He decided to have the cobalt hip taken out and replaced with a ceramic or plastic one.

When he was operated on, his surgeon found a case of ‘metal sludge’ -- parts of the cobalt device had just liquefied.

With the removal of the cobalt implant, his symptoms cleared up, but he began to research and monitor the progress of patients who had similar implants. What he discovered was that many of the implants were causing neurological symptoms in patients. The neurologist he worked with says this is horrifying as patients with such symptoms might easily be misdiagnosed with a permanent disease process (Alzheimers etc) rather than with a temporary and curable one.

Even more horrifying are the problems caused by two devices implanted in women. A ‘permanent’ birth control ‘screw’ type device (known as Essure) is shown to have devastated the lives of thousands of American women -- causing cramping, extreme pain, auto immune conditions, chronic headaches… Two interviewees tell of how this led to hysterectomies -- at the ages of just 29 and 31. Another device was a mesh, supposed to hold female bits in place, which caused extreme pain and degradation.

One victim whose problems began with the Essure implant set up a Facebook page to see if there were other cases like hers, and discovered there were thousands. This group discovered cases in Europe as well, and eventually the manufacturer (Bayer) withdrew the implant from the European market.

Despite the group lobbying Congress and members of Congress then referring their concerns to the FDA, the regulatory body failed to do anything. Bayer continues to criticise the documentary and insists on the safe nature of its product but the fact is that it has announced that it will withdraw the device from the US market by the end of this year. Johnson and Johnson continues to defend its mesh and hip replacement products but they too are facing thousands of lawsuits related to these.

The film exposes the criminal neglect of the health authorities as well as of the surgeons who use devices they do not know enough about. But most terrifying is the idea that procedures that are supposed to make you well have the capacity to cripple you and ruin your life, often producing symptoms that are misinterpreted and not linked to the implant that has caused the decline.

That such situations are perfectly avoidable makes one fearful about doctors, new medicines and the ‘latest’ devices.