Is it the society as a whole that suffocates those that divert from the conventional paths? 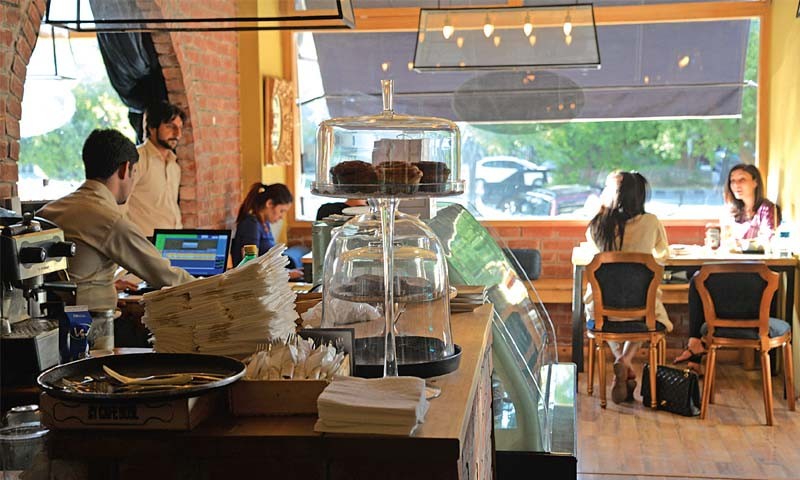 "So…what exactly is O-level education like here?" inquires my aunt who is on a visit to Pakistan from Canada after four years. Entertaining the idea of moving back to the homeland, she has been inquisitively questioning me on matters that concern her three Canadian-born children.

The conversation is difficult but unavoidable. When someone mulls over the possibility of moving back to the country, and God forbid also has children who aren’t aware of the Pakistani schooling system, there’s only so much you can explain to them.

Eldest of my aunt’s children is her teenage daughter, who has her mind already set on becoming an actor. The son is a mini version of the NBA star and basketball player Stephen Curry -- also his living idol and hero.

Their involvement in a list of extra-curricular activities is no surprise to me. The sort of educational nurturing and upbringing they’ve had over the years in Canada makes it only normal for them to be this way.

I draw on my own experience of studying in Pakistan, when six years ago I endured the anxiety of deciding which two branches of study I ought to climb. Why only two? Well, because the two tracks that were provided in O-levels were either the business/commerce, or the science/biology one. There was no in-between.

If you were relatively lucky to be in another private school, you might have had the possibility of assembling a better combination of subjects -- maybe one including sociology or English literature. Even then, most schools stuck to the former options. What about those students that want to study media, photography, theatre, art or music? Wrong answer. Who said students want to study those subjects, that too, at O-levels?

One thing is for sure though, I tell her, your kids would have to familiarise themselves with the ongoing political situation here and develop political awareness, a trait that is, undeniably common in the younger, affluent population of today’s Pakistan.

What exactly can youngsters do except stuff themselves with food at restaurants and cafes, with hardly any theatre /opera houses, art galleries, attractive museums or protected amusement parks?

This emerging young generation is, to a great degree, well-informed and up-to-date with national and international affairs. Partly crediting this to the number of Model United Nations (MUNs) and external debating competitions that take place every other month, this is one thing that I speak of proudly. I explain to my aunt how her children can take part in these competitions if they wish to, of course. Academics, on the other hand do have their fair share of inadequacies and limited subject choices. It’s about time schools chuck away their argument of being unable to hire a faculty due to lower turnout of students for certain subjects.

I remind my aunt how she would also have to go through the additional trouble of seeking out private schools that are co-educational. Segregation between girls and boys is widespread in Pakistani institutes, both public and private, funnily sometimes with separate buildings within the same campus. Disallowing any type of communication with the opposite sex, students always discover tactics to talk and meet irrespective of these rules. Public schools have it much shoddier.

I realise the lack of recreational spaces in our cities has made it unfeasible to get out and enjoy time beyond the strict precincts of the home and school, both.

What exactly can youngsters do except stuff themselves with food every now and then at restaurants and cafes, with hardly any theatre/opera houses, art galleries, attractive museums or protected amusement parks? After our conversation ends, I ponder over when and why I veered off into the sociological dynamics of schooling in Pakistan.

Read also: With the best people by my side

Are schools to blame, for restricting, imposing and controlling its own students from becoming open-minded, free-thinking, art-loving individuals? Or is it the society as a whole that suffocates those that divert from the conventional paths?

Perhaps this is why my aunt is overtly apprehensive about relocating to the country with her children. I smile and try to reassure her that it really isn’t that bad.

The writer, a recent graduate from Turkey in Comparative Literature, is based in Islamabad