It’s a tough task conveying what the scene is like in young urban Pakistan. Because it’s all over the place 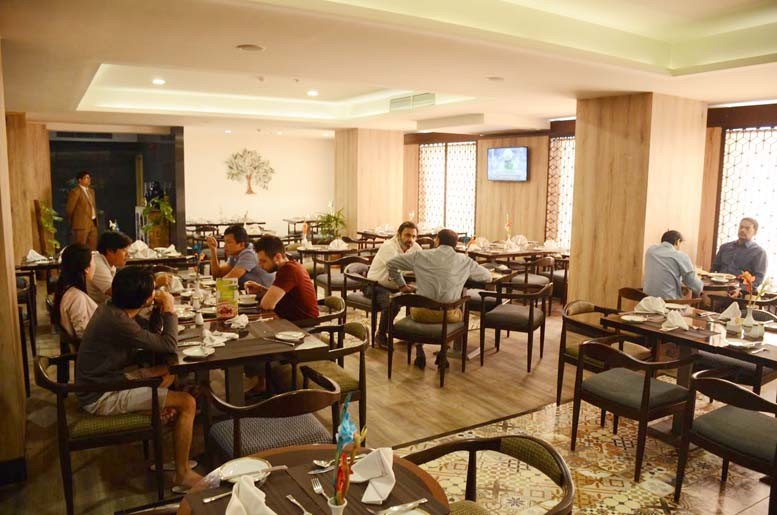 Two old friends sit in a coffee shop and reach an impasse in conversation. They sit stirring their empty cups when one breaks the silence, as all silences in young urban Pakistan are broken. "So bro, what’s the scene like these days?"

They pause for a second. They have had this conversation, filled with digressions and expletives, many times. It’s a tough task conveying what the scene is like in young urban Pakistan. Because it’s all over the place.

The conversation starts with the most apparent new change. All the new East-Asian faces in cafes and restaurants and malls. And even on Tinder. So that’s new.

But so too are these cafes and restaurants and malls. There’s so many of them. There’s cafes for work with their feng shui interiors and those for cheap dates with apologetic lighting. There’s dingy malls with male-only gyms and larger mega-malls for mega-families.

So that’s got to be a good thing, right? It’s all pretty impressive to look at. Both agree. Another round of coffee is ordered.

But man you know what’s not changed? Imagine there’s two guys and a girl sitting at a table. And the girl asks one of the guys a question. Why does the dude always answer her question while maintaining perfect eye contact with the other dude? She’s the one who asked the question. Both laugh at this perfectly Pakistani idiosyncrasy with disdain, all the while remembering the countless instances they did the same. They too suffer from a fear of sustained eye contact.

If so far you feel this conversation is all over the place, and paints with too broad a brush, you’re right. But young urban Pakistan is not known for nuance in conversation. The boys decide to step out for a smoke.

In the parking lot two young families are just about to sit in their cars. In one sits a burly teenager, in the other a wide-eyed seven-year-old.

Maybe it’s the smoke in their lungs, or the weight of the humid air outside, but the conversation starts probing deeper.

Were we ever at war, the two ponder? Yes, there were blasts, and school shootings, and insurgencies. And unintended consequences, like the locking of a car-door. But who then was the enemy? Both have vague answers to this question. What a strange war. Did we never call the enemy by its name? Strange indeed.

The seven-year-old that didn’t lock her car-door gave them more hope, though they never got around to discussing her Pakistan. One with cinemas, and movies; smooth roads and digital advertising screens on every lamp-post; one with democracy and (not so smooth but) peaceful transitions of power.

Read also: The personal is political

No they didn’t discuss it for they had not the words. They were children of a different Pakistan. The two friends might not, you and I might not, but that seven-year-old will. She will grow used to the peace, to the cinemas, to the freedoms, to the democracy. And one day when they come to take these items away, she will not let them do so lying down. I won’t, perhaps you won’t either, but she just might put up a fight.

Just as they are heading out of the coffee shop they run into an old school friend. With a beaming smile he hugs the two friends and asks in a loud voice, "So boys, what’s the scene like these days?"