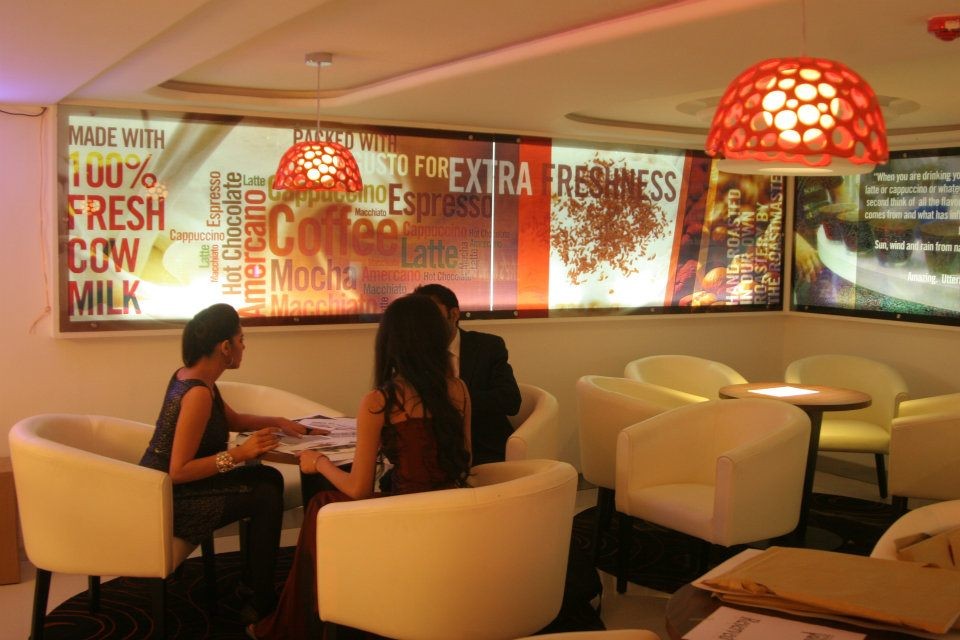 Friday nights in Lahore are especially banal. They begin at a coffee shop in Gulberg’s Mall 1, progress to an overpriced restaurant serving the same old salads and pastas, and culminate to friends hanging out till the early hours of the morning. Every now and then, there are whiffs of Ashraf Tikka, brunch at Capri, or rounds of FIFA. Regardless, Lahore’s local sahib-class rarely leaves its bubble stretching from MM Alam to Defence Phase 5.

One of such Friday nights ended with a few friends over at my place. The usual conversation ensues: "How’s work going? It’s been soooo long (10 days) since we last hung out. Did you know person X is going out with person Y?" Attention spans at this point are directly proportional to the amount of drink in hand. Given that consumption isn’t synchronized, chances of deep, thoughtful exchange and reflection are rare.

That is, until you get to the cliffhanger of this weekly episode. There’s a brief silence mid conversation; few people look over to the snack table for a refill and some swipe through their phones. One friend breaking the awkward silence, in her usual sing-song mellifluous Lahori-aunty-to-be tone, proudly says: "By the way, I didn’t know EVEN YOU had a nice place."

Interrupted by a few reflexive expletives, I begin to wonder what on earth that even meant.

If I was still in college, "EVEN YOU ha[ve] a nice place" would have me immediately upset. But, in Pakistan it feels a bit too close to home with its bizarre putting-you-in-your-place effect. Literally translated my friend’s statement means: You live in an apartment and not a 2-kanal house. You drive a Suzuki Alto and not a Honda Civic. You wear Levi’s not Armani. You can attend a Bedian party but cannot afford to host one. You are privileged but not extremely-privileged.

Growing up in Lahore -- in fortresses substituting for elite private schools -- privilege is second nature. Class, socio-economic divide and gender dynamics are topics often swept under the rug. In such a world, adolescents despite their socio-economic realities acquiesce to a system where opulence is valued and reality is shunned. Eighty dollar Nike trainers, Swatch watches, hideous polo shirts, and suede loafers grant you an air of importance. Frequenting Cosa Nostra for American-priced gelato buys you street-cred. Ultimately, being able to afford these luxuries buys you a seat in Lahore’s darbaar.

Lahore’s darbaar isn’t as homogenous as it appears on the outside. Social divide within privileged classes expresses itself in very subtle ways. Individuals within the darbaar are raised to internalise these divides.

It begins right in school when it’s all about the repute attached to your school. Once enrolled in the name brand school, it’s about where you’re going to college. Upon returning from college, it’s about recreating the same luxurious lifestyle you took for granted until you moved away.

This rut, however, ignores the challenges of the student who asks the rickshaw driver to park around the corner instead of directly in front of the school. It doesn’t address the shattered confidence of a teenager who despite being an effective orator freezes when speaking against a speaker from a more privileged school. It doesn’t resolve the feeling of inadequacy experienced by an adolescent who despite being raised in Pakistan, suddenly adopts a quasi-Irish accent in high school.

These challenges are not representative of Pakistan, but represent a small subsection of Pakistan I’ve grown up in. While I am acutely aware of the other versions of Pakistan, ones where monsoon flooding leaves your house submerged, sectarian violence leads to half of your family dead or unemployment leaves you homeless, I have not experienced them first-hand.

Read also: "So boys, what’s the scene like these days?"

As I snap out of unpacking the entitlement of what was just said, small-talk has again permeated the room. Conversation has drifted back to vacation in London, studying away in Europe, and the sheer abhorrence invoked by Hamza Ali Abbassi’s tweets.

In that moment, I know that nowhere else in the world can I find a room with so much happening, despite so little being said. I’m reminded that I’m back where I grew up, in Lahore, Pakistan.