Is our training in ghazal making it increasingly difficult for us to appreciate modern Urdu poetry? 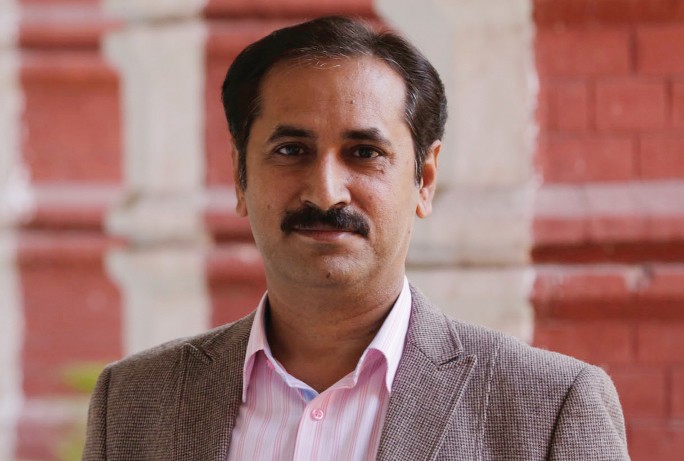 At first glance this Urdu poem does not convey anything. After two or three reads, we realise that it is about testaments the narrator has inherited biologically. But as he outgrows his basic instinctive needs and develops into a mature person -- both physically and intellectually -- he wishes to exercise his personal choice at the risk of dire consequences.

This, of course, is one of the many possible interpretations. There are obvious gaps in the narrative that the readers are supposed to fill, according to their own background and intellectual capacity.

This approach is a far cry from the convenient and comfortable world of the traditional appreciation of ghazal, where all the constituent parts are well-defined and over-familiar, like the characters of a formula film: the hero, the villain, the heroine, and the comedian.

Having lived through the centuries-old tradition of ghazal poetry, we know well that ‘mehboob’ (beloved) is often a cruel, fickle, haughty, and indifferent creature. The ever-faithful lover abases himself before his beloved and implores her for a glimpse of her beauty; to no avail. Driven mad by desire, he dies in her feet, but the very dust on his grave reaches out to touch the hem of her dress, as she passes by.

Compared to the 500-year-old tradition of ghazal, the modern Urdu poetry hardly covers a period of 150 years, that is, if we begin with the days of Hali and Azad. Postmodern and postcolonial genres are even more recent.

Dr Nasir Abbas Nayyar, in his latest book, titled Nazm Kaisay Parhain (How to read a poem), has painstakingly gathered material from sources scattered all over South Asia. In Pakistan, he is the pioneer of postmodern and postcolonial studies in Urdu. His M.Phil thesis on the subject appeared in a book form in 2004, where authors like Jacques Derrida, Michel Foucault, and Terry Eagleton were discussed in detail -- something that was done for the first time in Urdu text. Russian Formalism and Structuralism were also introduced in the book, with reference to Saussure, Jakobson and Jacques Lacan.

But this was only a humble beginning of the great body of research that later emerged in the form of a complete book.

The author makes it clear at the very outset that this is not a historical survey of Urdu poetry, but a purely ‘poetic’ survey, in which the overall structure of the poem; its words, sounds, and rhythms are discussed. To put things in the proper perspective, the author draws our attention to the key year of 1867, when the first collection of translated English poems was published in Urdu. In the same year, Azad published his famous and oft-quoted article on the nature and importance of poetry, in which he addressed his fellow countrymen and said, "Your poetry is chained and confined to certain themes, you must try to liberate it."

Compared to the 500-year-old tradition of ghazal, the modern Urdu poetry hardly covers a period of 150 years, that is, if we begin with the days of Hali and Azad. Postmodern and postcolonial genres are even more recent.

Maulana Hali also insisted on giving up well-worn and hackneyed ideas, instead of creating images to represent new ideas.

The same chapter in Dr Nayyar’s book also discusses Allama Iqbal’s novelty of thought and continuity of this modernity in the works of Meeraji and Majeed Amjad.

The most important chapter in the book -- perhaps the raison d’etre for this whole project -- is titled, ‘Why it’s so difficult to comprehend the modern poetry.’

Urdu poetry has often been considered ‘very hard to understand’ by people. One of the reasons for that could be our training in the tradition of ghazal poetry, where all thought patterns are familiar to us and we don’t have to stress our minds to get to the real meanings.

The author gives us two distinct reasons why we find it difficult to interpret a modern Urdu poem: one, the modern poem is based on a completely new worldview and unless we are aware of what it is, we cannot get to the roots of modern poetry. Two, poetics of the modern world cannot be comprehended if the direction of our journey is from the outer world to the inner universe of the poem. Since it should be the other way around, we must start with the inner universe of the poem and then gradually come out of it. The author has vividly explained this point with the example of a poem by Yasmin Hameed.

A full chapter has rightly been devoted to Akhtar ul Iman. The author calls him a poet in exile, when he is living in his homeland. This is more of a metaphorical exile in which one does not have to leave home to become homeless. The author has compared Iman’s poetry with that of Nazim Hikmat and Mehmood Darvesh’s, and has discussed the subtle nuances of a real and a metaphorical exile.

In the concluding chapters, the author discusses the nature of postcolonial Urdu poetry, and distinguishes it from contemporary Urdu poetry. With the same depth and authority, he has compared modern Urdu poetry with its postmodern version.

A subject index at the end would have made it more useful for the students of Urdu literature, and the readers would have certainly appreciated more careful proofreading. It is, otherwise, a well-produced book with an attractive title page. The price, however, is not that appealing and most of the students will have to bank on their library copy.