Of all fiction writers in Urdu, Saadat Hasan Manto is arguably the most translated and hence the most well-known the world over 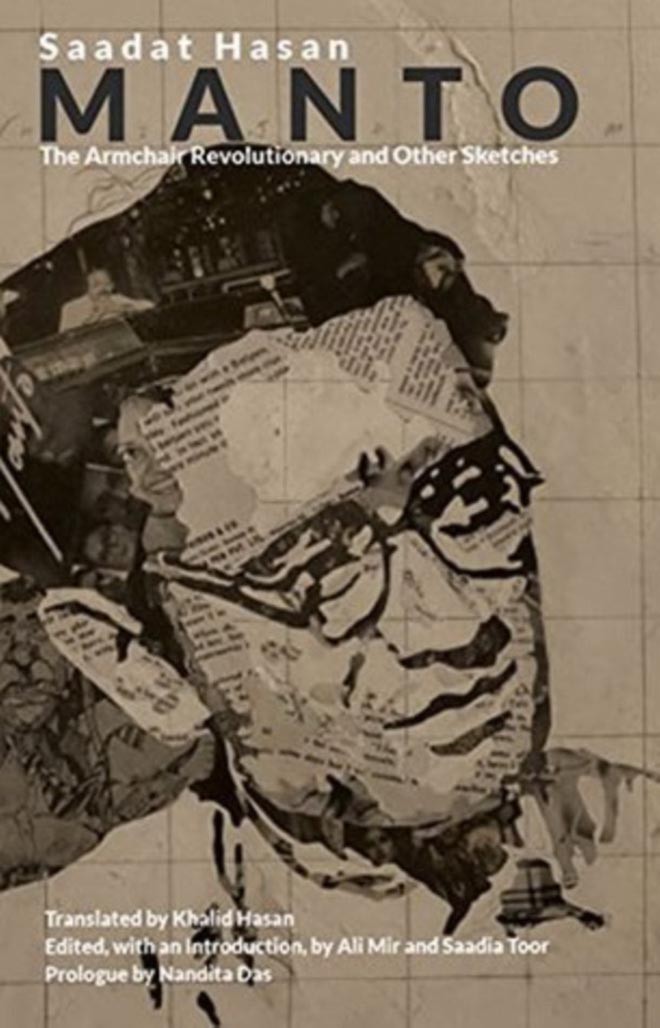 Saadat Hasan Manto started his literary career as a translator. His mentor, Bari Alig, introduced him to various classics of English, French and Russian literature, and encouraged him to read among others Victor Hugo, Guy de Maupassant, Fyodor Dostoevsky, Anton Chekhov, Pushkin, and Maxim Gorky, with passionate involvement. On Bari’s suggestion, he undertook the translation of Hugo’s short novel The Last Days of a Condemned Man and called it Sarguzasht-e Aseer. Later, he translated Oscar Wilde’s Vera, a collection of Russian stories, and two plays by Chekhov into Urdu.

Manto was very fortunate to go through this apprenticeship in the very beginning of his literary career, as it made him aware of both the inadequacy and extraordinary power of words in conveying or communicating human experience.

Today, Manto is a household name in South Asia and quite well-known among students and teachers of literature throughout the world. This unique status could not have been achieved if his stories were not translated into various international languages, especially English. Manto’s first English translations appeared in the last years of his life and the translator was his own nephew Hamid Jalal.

In North India, those who could not read the Urdu script would read him in Devanagari script, but thanks to his English translations, he instantly became accessible to the Tamil, Telugu, Malayalam and Kannada speaking people as well.

Despite the physical proximity, South India is a different world altogether: its terrain, the ethnic origin, the socio-cultural make-up; the languages are so different from the Northern part that one wonders how a writer from a province as far as Punjab could attract their attention merely through his translated work.

Could a text ever be translated to that level of perfection? Alok Bhalla, one of Manto’s translators, has something interesting to say in this regard: "…translating Manto into English is not very difficult. As a story teller, he never retreats from the complexity of lived experience to find easy refuge in political posturing or moral and religious sermonizing. That is why the style of his best stories, devoid of all metaphoric excess and sentimental inflections, is always precise, bare-boned and conversational…it should not therefore be impossible for a translator to find verbal and cultural equivalents for his stories in English".

After Hamid Jalal, Manto was translated by Sardar Khushwant Singh, Tahira Naqvi, Frances Pritchett, Alok Bhalla, Mushirul Hasan and many others. Two important contributors who joined later were AatishTaseer and Mujahid Eshai, but his most prolific translator, to date, is certainly Khalid Hasan.

Translation, as a discipline, has developed a lot in the last 25 years, and many linguistic, cultural, and philosophical theories of translation have been introduced, but for all practical purposes, translation simply means, "transferring without distortion the meaning of the source language into the target language". During the process of transferring, however, a good translator also takes into consideration the historical setting, cultural setting, intention of the author, as well as the different kinds of meaning that the given text refers to. Before we move any further, let us look at a practical example. Following is the opening paragraph of Manto’s famous short story "Boo" (Odour):

Hamid Jalal translated it as follows:

"It was again the monsoon season.

Drops of rain had begun their patter on the leaves of the pepal tree near the window. Inside lay the teak bed on which a Ghatan girl had slept with Randhir. Beyond the widow, in the night’s milky darkness, the pepal leaves bathed in the rain, quivering like earrings"

Generally a good translation, but it has skipped two pieces of information namely the bed has a spring mattress, and it has been moved from its previous position. It may look a trivial point but put it in perspective and watch how important it becomes in the story’s context.

"It was about this time of year. The monsoons had come, and outside the window, the leaves of the pipal tree danced as the raindrops fell on them. On the mahogany bed with the spring mattress that had now been pushed away from the window, a girl lay next to Randhir, their bodies clinging. Outside in the milky darkness of the evening, the leaves of the pipal tree swung in the breeze like a golden ornament on a woman’s forehead".

Read also: Within the region

This translation is more elaborate but the translator has taken some undue liberties. "Sagwan" is teak wood, but perhaps to give it more grandeur Khalid Hasan changed it to mahogany. He is also not clear about the word "Jhumka" and confuses it with "Jhoomar", whereas the former is an earring and the latter is an ornament worn on the forehead. But Manto was certainly talking about earrings because only a hanging jhumka can wave and quiver while jhoomar always sticks to the forehead.

No doubt, it is very hard to keep all the factual information and all its subtle nuances intact while transferring it to another language, but that’s what good translation is all about.