Analysts think rupee may depreciate further and IMF bailout can give a temporary reprieve. However, structural changes are imperative to support economy in the long run 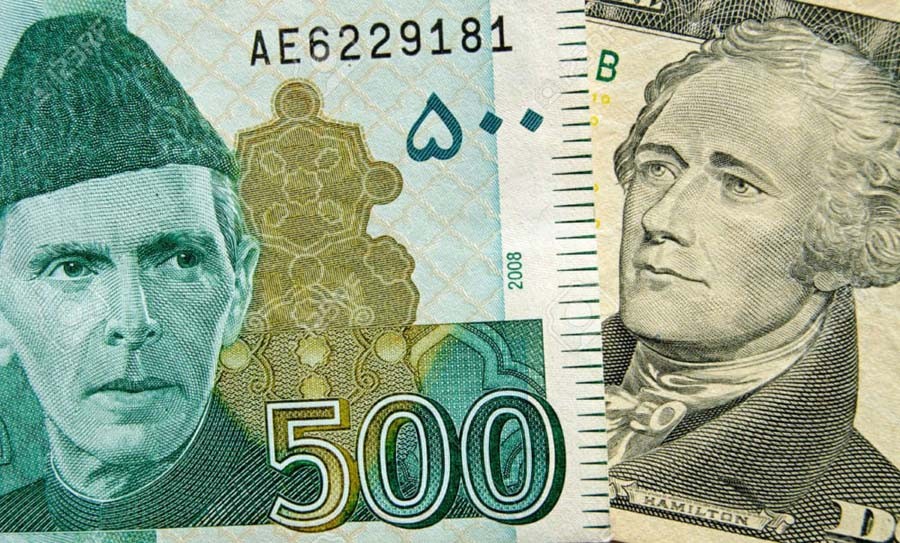 The value of Pak rupee against US dollar is constantly depreciating and has reached an alarming level of around Rs130 for a dollar. This downward slide has created panic in the market that may lead to further pressure on the currency. Apart from increasing the burden of outward payments on the government, it is feared this devaluation in rupee will lead to a sharp rise in inflation rate.

This is not surprising because the country overwhelmingly depends on imports including fuel used to run vehicles and produce electricity, machinery, raw material and finished goods. So, it is natural the increase in the cost of these products will result in major price hike.

What perturbs people more is they have no idea how long this downward slide will continue and at what value the dollar will settle down against rupee. The gravity of the situation can be gauged from the fact that the State Bank of Pakistan (SBP) has devalued the rupee for the fourth time since December 2017 to check the depletion of its foreign-exchange reserves. In the past, it has been floating dollars from these reserves in the market to artificially control the exchange rate at a particular level. But now as the reserves have reached a critically low level, it cannot afford to do that further.

The situation at the moment is that the rupee has fallen down by almost 21 per cent against dollar from December 8, 2017 to date. As the exchange rate between the two currencies is determined by their relative demand in the forex bank market, this trend shows the country’s outflows far exceed the inflows in terms of dollars. This pressure has always been there but people did not feel the brunt because the value of rupee was kept artificially high through, what experts call, cosmetic and ad hoc measures during the tenure of Ishaq Dar as finance minister. He built reserves through all means including foreign loans, sale of Eurobonds and sukuk bonds, ‘gift’ worth billions of dollars from Saudi Arabia, funds transfers from China and so on. At one time, the International Monetary Fund (IMF) also mentioned that Pakistani rupees was about 20 per cent over-valued.

Economist Dr Kaiser Bengali is quite sceptical about the situation and does not see a reprieve for rupee in the short run. He thinks it will fall to around Rs150 against dollar by the year end and the reason he cites is simple. "I see no change in fundamentals and ad hoc systems don’t work long-term." He says if against export of every Rs100 the country keeps on importing goods worth Rs215, the situation cannot improve. "The debt servicing in dollars also puts pressures on foreign reserves whereas inflows depend mainly on exports and remittances sent from abroad."

This increases the country’s current account deficit which is the difference between all outflows and inflows. A report by Tresmark, a research platform for treasury & markets, states the current account deficit in Pakistan is averaging around US$1.4 billion per month as against US$0.95 billion last year. This $1.4 billion deficit, it says, is neither sustainable nor is it easy to finance by borrowing. According to this report, though exports and remittances have shown improvements, the import bill is pulling the economy apart. The country’s exports during July 2017-June 2018 were recorded at $23.228 billion against the imports worth $60.898 billion during the same period resulting in trade deficit of $37.67 billion.

Economist Dr Kaiser Bengali is quite sceptical about the situation and does not see a reprieve for the rupee in the short run. He thinks it will fall to around Rs150 against dollar by the year end and the reason he cites is simple. "I see no change in fundamentals and ad hoc systems don’t work long-term."

Bengali believes things cannot improve till structural changes are made as ad hoc measures will land the country into deeper crisis. He says instead of seeking foreign loans, Pakistan needs to strengthen its industry which is fast closing down due to influx of cheaper finished goods. He points out that "many factories in SITE area have been shut down and their land used for real estate purposes which helps mafias make easy money."

Others measures that Bengali suggests include revival of industrial sector, diversification of exports, value addition of exportable products, tax collection from different sectors instead of further burdening the industry, reducing unnecessary expenditure on imports, closing down departments that have become redundant after the 18th amendment and cut in defence expenditure.

"I can’t understand why we are importing cigar from Cuba, fruit from Thailand and cosmetics worth $400 million from different countries," he comments. By collecting higher taxes and reducing expenditures, the country can reduce its dependence on foreign loans.

No doubt Pakistan has taken measures to curb imports that include imposition of regulatory duties on import of a large number of items, this did not have the desired impact.

The immediate solution in sight at the moment is an IMF bailout that the previous government did not opt for in order to avoid public backlash. The caretaker government is also not in a position to go for it; so it is quite likely that the government formed after the upcoming elections will approach the fund for this purpose.

Arshad Bajwa, a financial analyst based in Lahore, believes the unpopular decision to devalue the rupee is taken by the caretaker government as the political government avoided taking unpopular steps. "Though there were devaluations before the completion of last government’s term, these were comparatively minor and after the removal of Ishaq Dar as finance minister." He hopes the rupee will settle after a bailout from IMF "but it would come with strings attached and the new government might have to promise measures like increasing tax base, removing subsidies and so on."

While devaluation of currency leads to inflation in an overwhelmingly import-based economy, it does benefit the export sector. The reason is that the products of a country with over-valued currency are not competitive with those of competitors that have not supported their currencies artificially. However, Anis ul Haq, Secretary, APTMA, Punjab thinks this drastic devaluation has not benefited them because they import both raw material including raw cotton and synthetics and machinery. "This would in fact add to our input costs."

He says that the cotton crop is suffering badly year after year and the industry has imported 4 million bales but the government is not doing much to reverse the situation. "The government must provide incentives to the industry if it wants to boost exports and not expect rupee devaluation to do wonders."

The country’s widening trade deficit and ways to reduce it were also a topic of discussion in the Senate recently. Senator Nauman Wazir talked about friendship between Pakistan and China and said the country was not benefiting from it. His concern was that the trade gap between the two countries was massive as Pakistan exported goods worth $1.5 billion to China while its annual imports from there were above $15.5 billion. "A higher share in China’s global imports can help Pakistan reduce its trade deficit," said Wazir.