All in a day’s poll 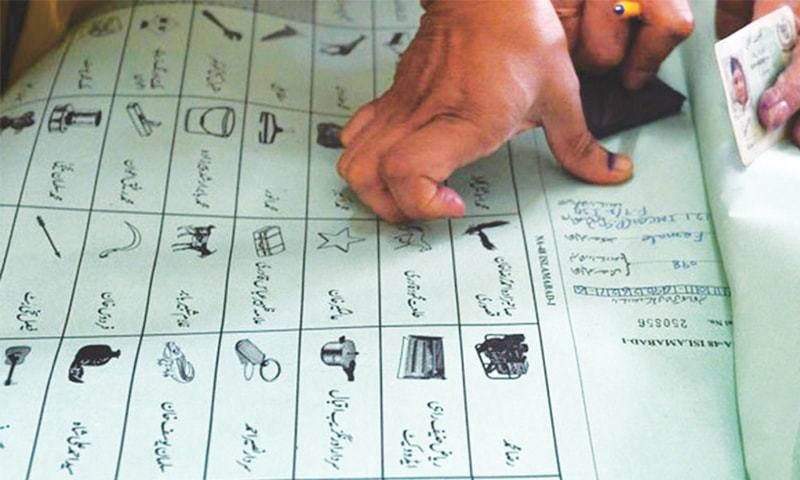 The election day is always a big challenge and those supervising the polling activity are supposed to ensure transparency in the process and maintain peace at the polling stations. It is also their duty to ensure voters cast their vote of their own free will. The procedures have to be simplified so that even an illiterate can be facilitated without wasting time.

Historically, objections have been raised about poll-day rigging by the losing candidates regardless of whether they have been able to prove that. In the last general elections and by-polls, there were complaints about facilitating voters of a political party, casting of fake votes, manipulation of results, intimidation of political agents and so on.

Against this backdrop, the ECP has redefined certain procedures with the aim to make the above-mentioned violations difficult. Besides, it has taken certain measures that have decreased dependency of voters on political parties’ workers at the polling station.

Though the effectiveness of these decisions depends on the seriousness with which these are implemented and the violators punished, one can discuss them in the context of procedures followed on the election day.

Similarly, the polling agents will be able to challenge votes by submitting Rs100 per case with the presiding officer if it is difficult to establish that a person is not genuine voter at that time. Furthermore, they will also be allowed to take snaps of Form 45 and Form 46 showing votes tally and count used, unused, destroyed ballot papers, etc.

An issue voters face on the polling day is how to locate their votes and the polling stations. On occasions, they have to move from one station to the other and ultimately they leave without casting their vote. "To address this problem, the ECP has developed a Geographical Information System (GIS)-based Polling Station System which helps voters physically locate their polling station on Google Map," says Babar Raza, Incharge, PTI’s Election Management Cell in Attock. The ECP has geo tagged tens of thousands of polling stations so far.

He says earlier more resourceful candidates would be in a better position to facilitate their voters in this regard but now technology has made it easy for all. He points out that there was a complaint during by-poll in NA 125 that voters of certain parties were facilitated by security personnel and polling staff whereas others were made to wait endlessly or were turned back. To handle this, he says, "the ECP has disallowed voter slips with the name, picture or symbol of the candidates. The slips with vote numbers issued to voters will not have any identification so that the staff cannot guess which party they will vote for and support."

An ECP official says that in order to detect fake voters, coloured photographs of voters have also been printed on the voting lists available at the polling stations. Photographs were printed in the last year’s by-polls as well but these were black & white, and in many cases unidentifiable. He says in the absence of photographs, the burden of identifying voters would be on the polling agents but now the polling staff could easily do that by matching these with the photographs on CNIC as well as with the voters’.

"To end the chances of tampering, presence of unconcerned people has been barred within a radius of 100 metres from the polling station," he adds.

Now we come to the tabulation of results and their transmission, a highly contentious issue during past elections. The contestants would cast doubt on the process and claim the results were changed at later stages. To attend to this issue, an android-based Result Transmission System (RTS) app has been developed that helps election officers to send the results to the ECP in real time.

The presiding officers will send snaps of Form 45 (containing tabulated results of the polling station) and Form 46 about Ballot Paper Account (showing the number of ballot papers received, un-issued, taken out of the ballot boxes, tendered, challenged and spoilt via their phone to the ECP). "The app also automatically uses GPS to record the location from where the results have been sent and the time of the upload," the official adds.

It does not end here as the ballot papers have to be transported from the printing press to the districts and ballot boxes to the ECP’s strong room after the polling. This process will be completed by the polling staff under the protection of the army which is seen differently by different quarters.

Abdul Quayyum Kundi, an independent candidate in NA- 249 Karachi, endorses this decision and says protecting ballot papers is important as these may have to be reproduced for recounting, etc, after the elections. On the other hand, organisations and parties like HRCP, ANP and others fear deployment of army personnel inside the polling stations and giving them a role in transporting ballot papers may compromise the transparency of the whole process. The unprecedented deployment of around 371,388 troops at polling stations is being seen by them with suspicion.

All in a day’s poll