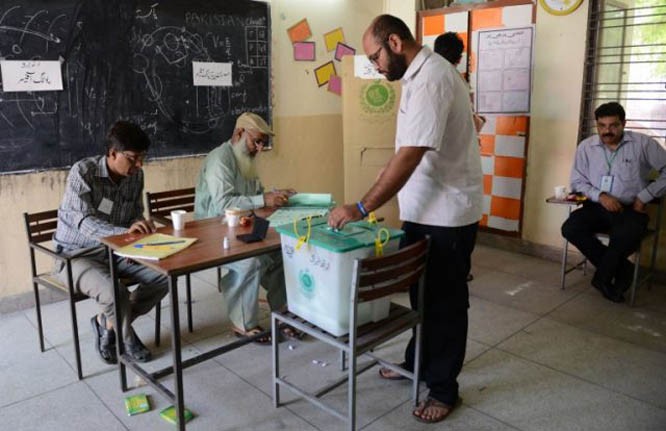 Defining the limits and role of the observers, the ECP has issued some guidelines and criteria that the observers must fulfill. For example, the observers should remain unbiased, establish their credentials as trustworthy, respect local laws, traditions and customs, abide by the advice of the local law-enforcing authorities, limit their stay in the country for a pre-defined period and so on.

Though these guidelines appear fine on paper, there are apprehensions the situation on ground is not conducive for the observers and these conditions have created problems for them. There are others as well who believe compliance with these requirements is in their own benefit and ensures their safety.

To start with, one can have a look at the complaint made by the EU Election Observation Mission (EOM). In a letter written to the ECP, the mission has complained that its members were awarded accreditation too close to the election day (July 13), which has restricted their ability to monitor the campaign process, the overall environment in which elections are being held and the working of election administration at the local level.

The EOM asserted their methodology focuses on long-term observation and their observers are usually deployed four to five weeks before the election day wherever they operate.

Though the mission has not alleged the delay was intentional, some local observers believe the process to grant approvals has been made complex. A local political analyst says the ECP rules facilitate international observers but the inclusion of the Foreign Office (FO) and security agencies in the clearance process is resulting in extraordinary delays. He adds that on one hand the permission is given late and, on the other, they are being asked to leave within 4 to 6 weeks of their arrival.

Similarly, there are reports that local observers are finding it difficult to report openly or blame powerful circles for trying influence election unduly. A local observer says on condition of anonymity, that many organisations, including the one that he works for, are awaiting renewals of their registrations which are subject to security clearance. In this situation, he says, they cannot take the risk of estranging certain quarters.

The head of a leading local NGO has faced criticism for claiming that 90 per cent of the respondents they have approached believe there is level playing for all parties contesting elections. The same person has observed raising hue and cry about rigging is tantamount to rigging as it creates an environment in which voters of a particular party get demoralised. His critics, who also want to remain unnamed, claim the organisation he represents is having problems with a national institution for quite some time and he has to be cautious while commenting.