Another book on the established thesis that 21st century would be defined by a rivalry between US and China, this time by a foreign correspondent 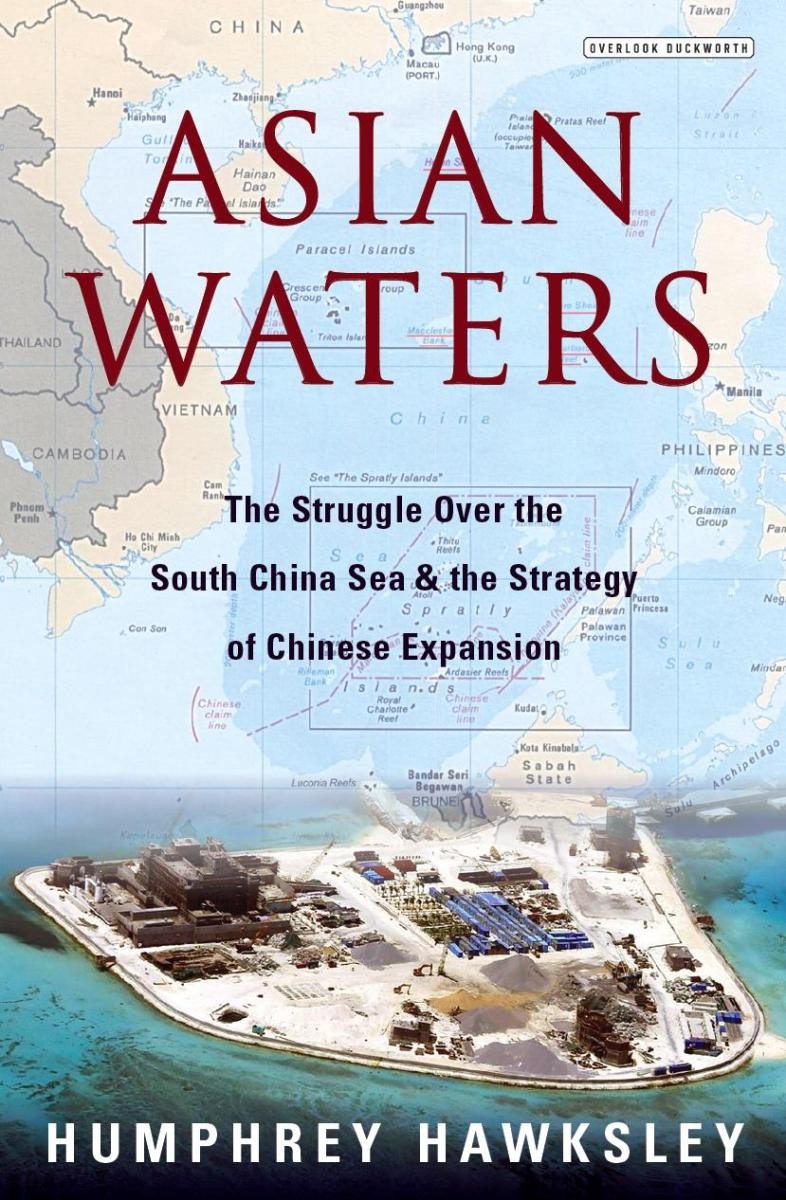 On January 17, 2017 Chinese President Xi Jinping stood at the podium of the World Economic Forum, for long the emblem of everything that could be squeezed into the can of ‘western values’, and raising it while he spoke of abolishing barriers and bolstering global trade.

"Many people feel bewildered and wonder: what has gone wrong with the world?" he said, as he talked up globalisation as "a natural outcome of scientific and technological progress, not something created by any individuals or any countries," all the while quoting Charles Dickens and Alif Laila.

That speech underscored the reality that the world we live in is one where China speaks of pushing down the barriers, while the West increasingly wants them to be put up.

Asian Waters: The Struggle Over the South China Sea and the Strategy of Chinese Expansion is the latest piece of literature seeking to drive home the long established thesis that the 21st century would be defined by the multi-pronged rivalry between the US and China.

As is evident in the title, author Humphrey Hawksley uses South China Sea as the theatre, using his almost four decades’ worth of experience as a foreign correspondent in the region, narrating his argument through interviews that run a wide gamut from fishermen to the heads of state.

However, while most of the action centres around the South China and East China seas, the book engulfs the global-- focusing largely on the entire Asian region, with Pakistan regularly being cited-- mostly to delineate the ‘Chinese expansion’ bit, or to reiterate South Asia as one of the two primary nuclear spark points; the other being North Korea, which is right in the thick of things.

But as is expected, in addition to the US, the book focuses on Chinese relations vis-à-vis Japan; which has sprung up from Hiroshima’s ashes; Indonesia, the most populous Muslim country; India, with its democratic chaos and global ambitions; and the likes of Philippines, Malaysia, Singapore, Cambodia and Laos, which are under varying degrees of the Chinese writ.

Asian Waters argues that the Asia-Pacific is, and will continue to be, the most hotly contested region in the world, as reaffirmed the Barack Obama administration’s ‘pivot towards Asia’ policy first touted in 2012.

The book sets off by underlining Chinese economic clout in both the east and west as its most potent weapon.

"In Hollywood, should they change the villain from Chinese to Mexican so the movie can sell into China’s billion-dollar market? In Vietnam, how much protest can be made over an illegal Chinese drilling rig off its coastline when it needs Beijing’s support to sustain its economic growth?"

Asian Waters argues that the Asia-Pacific is, and will continue to be, the most hotly contested region in the world, as reaffirmed the Barack Obama administration’s ‘pivot towards Asia’ policy first touted in 2012, which Hawskley believes was a ‘disaster’.

"Whatever message the United States tried to get across, the Pivot announcement was a public relations disaster, not least because it would not end up deploying more American warships to Asia. US budget cuts in defense meant that even though the percentage of ships might rise (to 60 per cent); there would be fewer naval vessels in the Asia-Pacific."

But while authoritarian China is looking to rewrite international law, as most global powers - most notably the US - have done in the decades gone by, what has made the region even more volatile is the reality that Donald Trump sitting in the White House with his ‘bigger nuclear button’, is.

And so, as China continues to build military bases on artificial islands in the 1.5-million-square-mile expanse of the South China Sea, which is a critical global trade route, Beijing has established its own ‘Monroe Doctrine’ wherein any interference in these waters would be interpreted as an act of aggression, whether by a foreign power or by the states inhabiting the region under the Chinese cloud.

Asian Waters discusses the odds and the potential outcomes of the US and China going to war. It mulls over Japan, the Philippines, South Korea, and Taiwan potentially uniting to create an alliance ostensibly based on common values, but more on mutual interests. But the greatest question asked by the book is if China has what it takes to outdo America as the global superpower.

For the local readers, South Asia features heavily in the book, with Beijing’s relations with Islamabad discussed from the global context, with Pakistan touted as a gateway to both the Middle East and the Islamic world, for the Chinese juggernaut.

"China’s influence in Pakistan has stabilized a nearly failed state torn apart by Islamic extremism and military rule. The collapse of Pakistan would unleash for Islamist terrorism that domino effect so feared with Soviet communism in the 1970s"

It also questions why the US seems to prefer allying with India than backing the flourishing relationship between China and Pakistan, which seems to be overlapping with Washington’s strategic interests by stabilising the region.

"Would it not be more prudent, an argument goes, for the United States to welcome, even encourage, a stronger Sino-Pakistan alliance? But if so, where else in the world should China’s influence be emboldened for the cause of stability and, if there are many more such locations, what is the point of picking a fight with Beijing over the South China Sea?"

But the author is sceptical of Chinese manoeuvre, echoing question marks over Beijing’s investment in Pakistan - both financial and otherwise.

"A similar power expansion has been carried out in southern Pakistan, where China has taken out a forty-three-year lease and invested $1.62 billion to modernize the western port of Gwadar near the mouth of the Persian Gulf.  China’s warships dock at Gwadar, partly to protect Indian Ocean supply lines and partly to watch over a $50 billion project called the China-Pakistan Economic Corridor aimed at linking Central Asia, China, and South Asia."

The juxtaposition of the conflicts in the Indian Ocean, with increased Chinese presence in Sri Lanka, with those in the South and East China seas is intriguing and showcases a pattern that Beijing is following as it looks to increase its ‘Monroe Doctrine’ from South China Sea to the entire Asia Pacific.

Humphrey Hawksley believes there is a ‘right’ way of going about fulfilling these interests as well.

"If China does see itself as the new force in the world, it is up to China to get it right. The first step would be to initiate a peaceful and pragmatic end to the disputes in Asian waters."