A section that boycotts polls

As the 2018 elections are contested in the wake of a lot of anti-Ahmadi sentiment, the community continues to refuse to exercise its right to vote 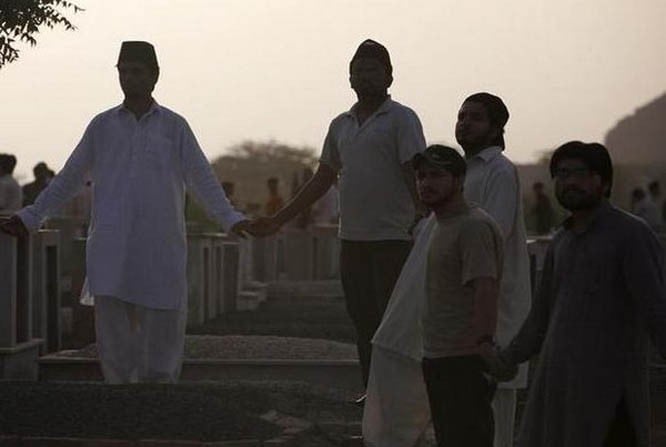 With the onset of the upcoming national elections in Pakistan, there is the usual fervour and speculation of who will become the next prime minister and leading political party of the country. While party workers plaster campaign posters and banners across the country, different groups in Pakistan are thinking of who to vote for as every household spews discussion regarding politics on the dinner table.

This is true for almost all social groups in Pakistan with the exception of the Ahmadi community; a sect whose followers were declared non-Muslim under the Constitution (second amendment) in 1974 during Zulfikar Ali Bhutto’s government. This was followed by Ordinance XX, which was issued during Ziaul Haq’s government in 1984 which stated that any Ahmadi declaring oneself a Muslim or preaching their faith publically, would be criminalised.

Another measure the government was forced to take came in 2002. Under pressure from fundamentalist leaders, they made it necessary for Ahmadis to first sign a statement declaring the finality of Prophet Muhammad to be considered a Muslim voter. For Ahmadis, a supplementary list of voters was created, where they were placed as non-Muslim voters. This was a measure designed specifically to target Ahmadis and, as a result, all Ahmadis refused to vote in the 2002 elections and boycotted them because in order to vote, they were expected to identify themselves as non-Muslims, something that they could and would not do.

Since then, the Ahmadiyya community has been collectively boycotting all elections and hasn’t voted in any of the subsequent elections. Ahmadis have always been a disenfranchised group in society, subjected to a number of inequalities. The fact that in order to be allowed to vote, they must first renounce their religion, is unacceptable to them.

Even for this year’s elections, according to The Spokesperson of the Ahmadiyya Community in Pakistan, Saleem Ud Din, "The forms issued for registration of the votes include the religion box and the Oath Declaration."

"My family has never voted, it’s just like a given," is what Alina*, 19, who lives in Lahore said when inquired about what voting is like in the Ahmadi community.

Ahmadis are specifically cornered and separated from the pool of other minority communities so there are separate lists for Ahmadis and everyone else. Though the elections are being held under a joint electoral system, there is a separate voter list just for Ahmadis, showing that these measures have been designed to exclude them from the rest of the population.

Raza*, 28, a lawyer, said that "this can be equated to the way Jews were made to wear a star in public to show their identity in Germany."

This is a breach of Article 25 of the Constitution of Pakistani which states: "All citizens are equal before the law and are entitled to equal protection of the law." The mere fact that Ahmadis are treated as second class citizens and denied the right to vote, is strange because voting and having a say in who heads the government is a simple human right that should not be decided on the basis of one’s faith. It is also sad to see that Ahmadis do not have any representation in the parliament or simply a voice in this country that can highlight their problems. On the contrary, there is open hate speech against them as was clearly seen in the speech of member National Assembly Captain ® Safdar in late 2017 and even in Imran Khan’s recent proclamation of standing with Section 295-C of the penal code.

The Ahmadis that I spoke to have no hope of any reform, especially since most major political parties are trying to appease the right wing elements of our country. "Even PTI, the so-called harbinger of change, is prejudicial to the community," said Saima*, 51, another Ahmadi woman.

This time in particular, there is a lot more anti-Ahmadi sentiment than before. The Elections Act 2017 states that anyone can file a complaint against a person who they deem to be posing as a Muslim, after which the authorities will call that person upon notice and get signed a declaration that will prove that they are or are not a Muslim.

In addition to this, the recent IHC judgment for the ‘Khatm-e-Nabuwat’ clause on July 5, 2018, by Justice Shaukat Aziz Siddiqui, makes it clear that any person concealing their religion and identity would be openly defying the constitution. This judgment also states; "Qadianis should not be allowed to conceal their identity by having similar names to those of Muslims and every citizen of the country has the right to know which religious community the persons holding the key posts belong to."

What is alarming is the lack of will among political parties and leaders showing that protecting Ahmadis’ rights is on nobody’s agenda. When there is so much state-sponsored discrimination against a particular group that is already hated in society, it makes it easier for Ahmadis to be victims of mob violence and persecution.

*The names been changed to protect identity.

A section that boycotts polls