Youth vote: a desire for change

Youth, roughly 44 per cent of the registered voters, will determine the outcome of the elections three days from today. They seem to know exactly where they’re going 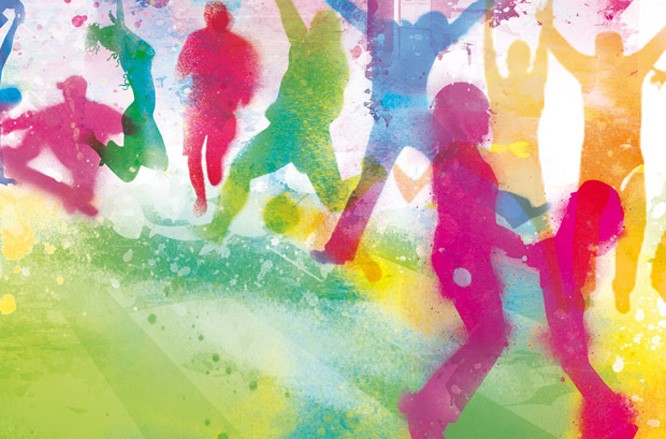 Of this election, it has been said repeatedly that youth between the ages of 18 and 35 who make up roughly 44 per cent of all registered voters, will determine the outcome. It’s only natural that this is the case. Pakistan currently has the largest generation of young people since its inception, with approximately two-thirds of its staggering 207.8 million-strong population below the age of 30.

But ‘youth’ couldn’t be a vaguer phrase to describe the demographic in question -- in Karachi alone, where I was raised and where I live now, the realities of neighbourhoods that border each other are as viciously different as if they were on separate continents. You would think that this produces disparate tendencies when it comes to political behaviour, and to a large extent it does. At the same time, however, my hunch was that young people have more in common than their differences -- specifically, a growing sense of urgency to take matters in their own hands, and a surprising sense of hope that their actions will have an impact.

Twenty-six myself, I set out to speak to other young people, from areas as diverse as North Nazimabad, Lyari, Saddar, and Korangi, not necessarily to ask who they were voting for, but to understand what they wanted from the candidates in their constituency, and what stake they felt they had in electoral politics.

Here in Karachi, we have become somewhat immune to violence.

This year has seen some incredible movements take flight, in ways that were previously unimaginable: the Aurat March, which brought together thousands of women from across the city to march in solidarity on the streets; and the peaceful Pashtun Tahafuz Movement (PTM) rally in Sohrab Goth. For the crowd, who waited late into the night to see Manzoor Pashteen, the event seemed like a watershed moment, a pre-election example that heroes do exist among us, and that power need not be corrupt and cruel.

Jibran Nasir, the lawyer-activist who has been defending one marginalised group after another, is contesting elections as an independent candidate and has a firm following in Karachi. "He’s showing people what democracy can look like," says 22-year-old Omar, based in Clifton and educated abroad. "I’m voting for him because I believe in him. All that matters to me is that a voice like his should be given as many opportunities as possible to be heard."

Twenty-five year old Fatima, who is from Lyari and is a graduate (the first in her family) of Benazir Bhutto University, can’t vote for Nasir because he is not in her constituency. "He is my political idol," she says. "I’m impressed by how fiercely he stands his ground when it comes to the issues he cares about."

This year has seen some incredible movements take flight, in ways that were previously unimaginable: the Aurat March, which brought together thousands of women from across the city to march in solidarity on the streets; and the peaceful Pashtun Tahafuz Movement (PTM) rally in Sohrab Goth.

Her friend, Sidra, agrees that Nasir would have a lot of support if he was campaigning in their district.

Lyari, long a PPP stronghold, is shifting: while wandering through its narrow streets, I saw a wall emblazoned with "No More PPP" and when PPP Chairman Bilawal Bhutto-Zardari campaigned in the area, his motorcade was pelted with stones.

Both girls have seen Lyari at its worst, and like so many other young people across the city, they are tired of the old order. "If you had come here three years ago, things were a mess," says Sidra. "Bori band lash. Literally, if your household members left the house in the morning for work, you wouldn’t know if they’d return alive in the evening. It was a very real possibility that you’d get a phone call from the morgue instead. I used to see bullets fly before my eyes."

She and Fatima are part of the "smartphone generation" that came of age with the internet. Fatima goes online to learn about local movements and like-minded people. She followed the Aurat March and the PTM rally closely, and when she saw that the local feminist collective Girls at Dhabas were hosting a cycle rally, she attended. "I’m the oldest of seven sisters, and we always depend on male members of our extended family to help us get around," she says. "If we could use cycles without judgement, our lives would become much easier."

Activism, even on the tiniest scale, is critical. In our largely apathetic political climate, young people need to feel like they can be a part of something good and bigger than themselves -- and for women especially, they need ways to see that they have the power to steer the trajectory of their own destinies.

Twenty-eight year old Muzammil, a self-identified socialist, has been mobilising youth in Kati Pahari and Korangi to vote in the upcoming elections, and runs a youth community centre in North Nazimabad. "Young people are looking for new faces. Even if people like Jibran Nasir don’t win, they allow people to feel like they’re being heard," he says. But he also shares that there are a huge number of people who have lost faith in electoral politics.

In Korangi, people are torn between asking for education for their children and clean water to drink. There are heaps of trash in front of their doors, sewage mixed into bathwater. The system has failed them time and again, and they simply don’t believe anymore that it can do anything for them.

There are youth in North Nazimabad, in an area bordering Pashtunland, who support Tehreek-e-Labbaik or Mumtaz Qadri. Girls, he feels, will not have a huge voter turnout because they rarely leave the house on their own (the gender gap between male and female voters this election is roughly 12.5 million).

He hopes that his centre, where computers are available to use, along with a library, dance and debate classes, and regular talks, will create a space where youth can engage, learn, and question, leading to better informed ideas and decisions. "I am a critic of the establishment’s role," he says. "People I know have been picked up and have gone missing. Youth look at us and are afraid to be like us -- afraid to raise their voice."

As a graduate student himself at a big, public university in Karachi, he laments the lack of activism on campus and student unions, and feels that both are a critical step in getting youth to raise their voices against injustices that they see around them, and to feel like they have the agency to change the circumstances in which their lives play out.

But there are different ways to be agents of change. Twenty-year-old Arslan who lives in Saddar, is trying to figure out which party in his constituency has the strongest chance of being in the majority and forming a government. He attends meetings where candidates appear to speak, and after reading their parties’ manifestos beforehand, grills them about what they will do for the district if they get elected. He wants them to promise only what they will be able to fulfill. "The best way to figure out who to vote for is to fast forward time, leap ahead a couple of years, and see who is actually doing the work," he says. "Anyone can say anything online. I’m interested in what people do on the ground, in what I can see for myself."

He cares about education: is deeply dissatisfied with his formal schooling, and is frustrated with the university admissions process. After taking tests, he is asked to pay a fee and his family does not have the kind of money he needs to pursue higher education in this country. "I’m not a rich man’s son," he says. "It’s as simple as that."

He is tremendously cynical about the system, but is still willing to do the best that he can within it.

Regardless of what will happen on July 25, to me this election represents a fascinating moment in our history. Yes, our former prime minister has been sentenced to 10 years in jail on charges of corruption; and yes, we are still cleaning the blood that has been spilled in the past weeks; and yes, entire communities are without clean water. But we are still a nation with millions of people who are coming of age with a desire to do things differently; a desire to build a better future. It’s imperative to hear what they have to say, and to give them the resources to mobilise. They seem to know exactly where they’re going.

Youth vote: a desire for change