Party campaign offices are the latest venues for election-related festivity. The locals might have issues, though 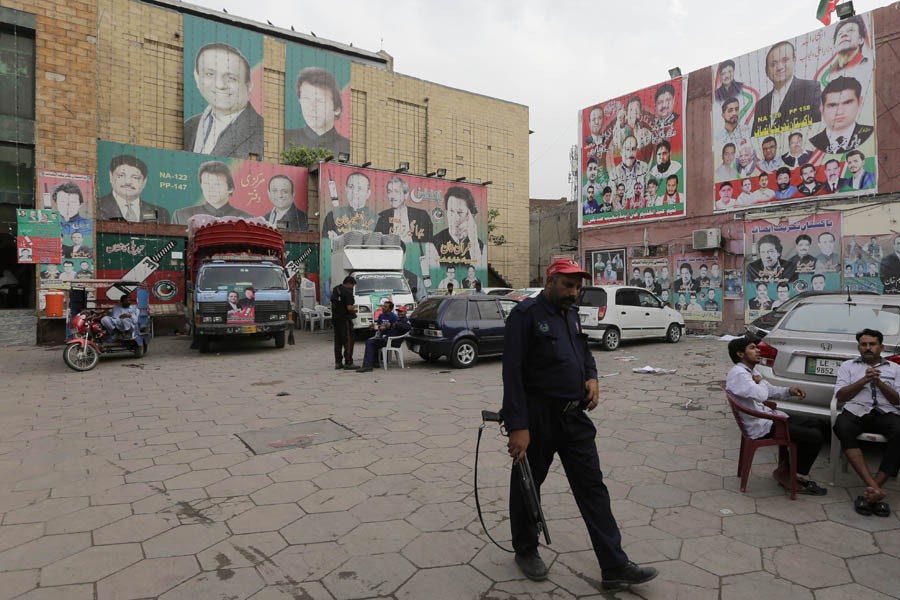 Elections are approaching fast, and so the campaigns of all the leading political parties have picked up momentum. Nearly all the big and small streets of Lahore are now flooded with party banners, mostly flashing the "Balla" or "Sher". Corner meetings and door-to-door campaigns are going on in full swing. No stone is left unturned by these parties to become the most noticeable phenomenon in the public eye.

For all these strategic placements of campaign materials around a constituency, there are big, generous, and eye-catching election campaign offices which are operational. They serve the responsibility for all the area-wise campaign activities, and hold festivity within themselves as well.

Likewise, the election campaign in two important constituencies of Lahore, NA-131 and NA-132, is also going great guns. Here, the prominent names of PTI and PML-N are coming face to face. NA-132 serves as the battlefield for Shahbaz Sharif, while ex-Railways Minister Khawaja Saad Rafique is competing to save his traditional seat from Chairman PTI Imran Khan in NA-131. It wouldn’t be wrong to say that many political egos are at stake here in these two constituencies.

Owing to the crucial political landscape of the area, both PML-N and PTI are trying to outdo each other in the race to maintain their maximum presence. However, currently, the reds and greens outnumber the greens-only, which proves that PTI is spending most generously and taking its campaign game very seriously this time.

On Defence Morr, PTI’s election campaign office cannot go unnoticed, what with the vibrancy in colours and the music blaring out. Maintaining their conventional style, the speakers in the camp office are playing loud party anthems round the clock. This adds to the existent noise pollution of cars honking and rickshaws scooting on the road outside.

Another problem caused by this office is the workers’ cars parked around it. Due to its operation 24/7, the movement in and out of the office is very frequent. The street adjoining the office opens into a residential area where the neighbours are directly affected by the activities happening inside the office. Mukhtar Ali, a local resident, says, "Their (PTI’s) cars always crowd the street. The situation gets worse when there is a meeting going on. We don’t complain because we know it’s useless."

Riaz Ahmed, a businessman, says: "We are fully supportive. However, even we get irritable when their cars block our entrances sometimes."

When asked about the inconveniences caused by the campaign happening around the street, Ershad Ahmed, a neighbour, says, "Sometimes, during the day when we are trying to sleep, they start playing loud music which gets really annoying; they should learn to be more considerate towards the people living nearby. Someone might be unwell for whom this disruption can get unbearable. We don’t have any other problem with them otherwise."

Munazza Hassan, former MNA of PTI and women in charge of the campaign office, denies any such inconveniences caused. She tells TNS, "I personally make sure that banners are not thrown out in the street, and the space is least occupied by us. We have not received a single complaint from the neighbourhood so far, and we will definitely respond if they come up."

Unlike PTI office’s residential location, PML-N has opened their election campaign office for NA-132 in a rather industrious area (New Airport Road) in a commercial building. The office itself occupies lesser space as compared to the PTI’s, with smaller scope of activities and worker participation inside it.

Blaring music might not be an issue here but the limited scope of parking outside the building fails to accumulate all the Land Cruisers and sedan cars of the visiting crew. Since it’s a two-way, single road without any service lane, the flow of traffic gets compromised.

Surrounding the office from both sides are shops of aluminum and glasswork run by businessmen whose political affiliations are apparently tied with PML-N. Riaz Ahmed, a businessman, says: "We are fully supportive. However, even we get irritable when their cars block our entrances sometimes."

Imrana Tahir, a member of PML-N Punjab district who looks after the office, is of the view that "you don’t need music to lure voters, unlike PTI. Our office is running smoothly and successfully and our neighbours are also happy with us."

With latest developments occurring on a large scale in national politics, voter allegiances are likely to shift from one party to another around this time. The last thing both PML-N and PTI would want to do is to sabotage their own votes through unintentional toxic campaigning.

The residents of DHA and surroundings have been bearing with the scorching heat and under-construction roads and fly-overs simultaneously for the past several months. Unwanted music and jammed traffic can serve to put off the voters right ahead of the elections. The PTI and PML-N should both be diligent with their campaigning and not irk their voters at the last moment.

The Election Commission too should take notice of all sorts of campaign violations and set certain limitations on the activities of campaign offices for the sake of public relief.