Makran, being an epicenter of CPEC and a hotbed of Baloch insurgency, is seeing massive political engineering in the run-up to the election, turning the voters indifferent 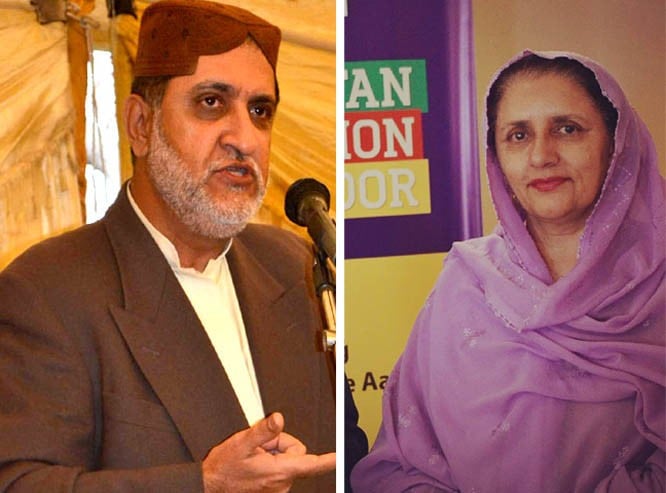 As the general elections 2018 inches closer, the strategically important Makran division of Balochistan which shares border with Iran and boasts of having around 80 per cent of Pakistan’s coastline, is going to witness some key electoral races. Makran is a non-tribal region.

Compared to 2013, there is decrease in insurgent activity but as political parties and candidates canvass in their constituencies, insurgents have started wall chalking, sharing pamphlets, making threatening phone calls for boycotting elections in Balochistan. Voter turnout will demonstrate whether the security forces have secured Makran division or not.

It’s hard but not impossible to predict who would be the possible winners in the non-tribal division.

The fiercest battle is expected in NA-272 which includes Gwadar, the centre point of the much touted China Pakistan Economic Corridor (CPEC). This strategically important constituency contains the entire coastline of Balochistan. It starts with Iran’s borders and ends at the border of Sindh.

Some very important figures, such as BNP’s chief Sardar Akthar Mengal, former Speaker Aslam Bhootani and BAP’s chief Jam Kamal are vying for the seat. A bitter war of words was witnessed on social media between BNP and BAP chiefs when Mengal told Kamal that "you and your family have been part of all the governments in Balochistan but have done nothing for the public".

Though BNP-M won the NA seat in 2013, previously it was Kech-cum-Gwadar. Now that there is addition of Lasbela and exclusion of Kech, BNP-M’s chances are dim this time. Lasbela and Gwadar have 236,538 and 120,341 registered voters respectively. "Majority of Gwadar’s votes would be divided and Mengal might get a few thousand more votes but Mengal does not have a vote bank in Lasbela," says Behram Baloch, former president Gwadar Press Club. He sees tough competition between Bhootani and Kamal in Lasbela. "Bhootani having the support of his tribe, NP and even PPP, I predict he will emerge victorious."

The fiercest battle is expected in NA-272 which includes Gwadar, the centre point of the much touted China Pakistan Economic Corridor (CPEC). This strategically important constituency contains the entire coastline of Balochistan.

A few weeks ago, Akhtar Mengal met Asif Ali Zardari. Sources say that Zardari agreed to support him but the PPP’s local leadership ignored it. A Lasbela-based political analyst says, "The local leadership of PPP will vote for Bhootani because in return Hassan Jamoot, who used to be the right hand of Jam Kamal, will get Bhootani’s vote in PB-50. If Jamoot supports Bhootani then both will win."

Analysts, journalists and politicians in Balochistan agree that the establishment is favouring BAP. The BNP chief Mengal and NP chief Mir Hasil Bizenjo believe the establishment is sponsoring BAP. Critics, however, say that Mengal helped in making this party when he joined hands with the opposition, now mostly in BAP, for overthrowing Zehri’s government. Ironically, on one hand Mengal lambasts BAP, and on the other his party has entered into an election alliance with BAP in Chaghai district and is trying the same in Nushki district.

"The Khalai Maklooq (invisible hand) is helping the BAP and want it in power. Even before the announcement of election results, the BAP’s candidates have declared themselves winners," says Hasil Bizenjo.

NA-271 of Kech district, with 222,631 registered voters, is the constituency of former Chief Minister of Balochistan Dr Abdul Malik. A lively contest is expected between Ehsan Shah of BNP and Waja Abul Hasan of NP. Former federal minister Zubaida Jalal of BAP is also in the race. It is unlikely that people will come out in numbers to cast votes in union councils such as Tump and Mand, which have the most voters but she could get votes of Zahoor Buledi, an electable from PB 45 Kech and the most liked candidate in the division.

"I personally think if there is election and not selection, the winner will emerge from BNP-A or NP. Jalal and Jan Muhammad Dashti of BNP-M will secure third and fourth position respectively. Dashti is a former bureaucrat and an intellectual, he might have some support on social media but on ground he has no chance of winning," asserts local journalist Behram Baloch.

Sources say Ehsan Shah has been asked to withdraw in favour of Jalal if he wants to secure the provincial seat; otherwise, he would lose both seats. If he withdraws from National Assembly then Jalal would be in a winning position.

NA-270 covers three volatile districts Awaran, Panjgur and Washuk. BAP, BNP-M and BNP-A are in competition here. Despite securing two provincial seats in the last election and having the health minister from Panjgur, people detest NP in these constituencies. "Rehmat Baloch has served as provincial health minister for over four years but did nothing for Panjgur and Balochistan. Why should I vote for him?" questions an educated native of Panjgur.

There is an ongoing separatist insurgency in Pakistan’s southernmost province of Balochistan with its flashpoint in Makran, which has Balochistan’s southern port of Gwadar and is located close to the Strait of Hormuz and Indian Ocean. It is the most pivotal part of CPEC.

The present insurgency has emerged as a serious threat to Pakistan’s dreams of economic growth and development. Unlike other places in Balochistan, Makran has middle class politics which now is the epicentre of middle class insurgency. Baloch Liberation Front led by Dr Allah Nazar has its roots in Makran.

In tribal Balochistan, Dr Abdul Malik who is from Makran was the first non-tribal and middle class Baloch politician who made it to the Chief Minister’s office. Makran has always been the centre of ideologically strong political workers, also known as nationalists.

The tragic killing of Nawab Bugti in 2006 polarised politics in Makran and consequently, unlike the past insurgencies, Makran became part of the fifth round of Baloch insurgency. Baloch Students Organisation-Azad (BSO-A) and Baloch National Movement (BNM) challenged the prevalent nationalistic narrative of the political parties and asserted that only those who supported the freedom of Balochistan were nationalists. The nationalists who supported the idea of taking part in parliamentary politics were declared as traitors and self-serving politicians.

A lecturer requesting anonymity told TNS, "I don’t see any candidate worth voting for; whether I cast my vote or not, the establishment will select its favourites. Baloch politician who recently made it to the parliament have just been establishment’s touts and multiplied their bank balances."

A local journalist says, "In most rural areas where insurgents have an influence the turnout is very low. Here candidates backed by the establishment get elected (Quddus Bizenjo won with only 544 votes)."

"National Party’s image received a major dent in the last election when the son of a world renowned drug trafficker, Imam Bheel whom Barack Obama mentioned as one of the most wanted drug lords in the world, contested elections on its ticket. He is not the only alleged drug lord who is running for political office on a BAP ticket this time. The establishment wants Makran under its control because it is the epicentre of CPEC and consequently BAP is the establishment’s favourite," he further says.

Makran being geopolitically important with its large educated middle class is on the verge of a chaotic situation. The electoral process in Balochistan is losing mass support with increasing political engineering by unseen forces. The turnout will be an indicator of the people’s interest in election and effectiveness of the insurgents’ boycott call.

The writer is a freelance journalist and researcher