The rise of BAP has changed the political scenario of Balochistan 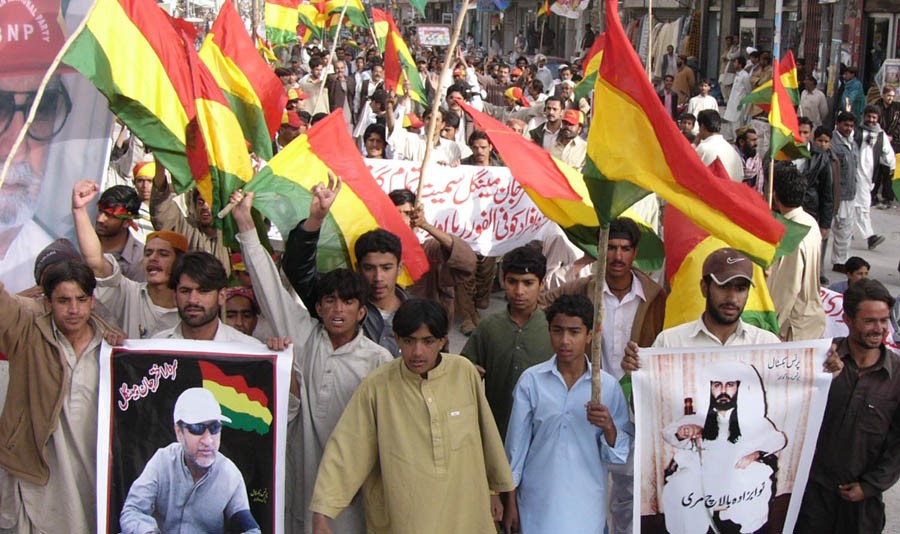 With less than two weeks to go to the polls, many political analysts say that Jam Kamal, President Balochistan Awami Party (BAP) is likely to be the next chief minister of Balochistan.

The rise of BAP has changed the political scenario of Balochistan. Previously, it was expected that Sardar Akhtar Mengal of Balochistan National Party (BNP) or Sardar Yar Muhammad Rind from PTI could be the chief minister. The popularity of BAP challenged all such estimations and now the question is who will be the coalition partners of BAP?

On July 25, elections will be held on 51 seats of the provincial assembly of Balochistan and BAP is likely to win a majority of seats. BAP has electables from all parts of the province. From Notezais of Chagai, Muhammad Hasnis of Washuk, Bizenjos of Awaran, to Jams of Lasbela, Bhootanis of Dureji, Jamalis of Nasirabad and Magsis of Jhal, BAP seems invincible in more than a dozen constituencies.

BAP entered the political arena, saying they will change the way Balochistan has been ruled over the years. Common people and analysts fail to understand how BAP, with politicians who have always been part of governments and responsible for bad governance in Balochistan, can make a difference?

Still, analysts do not doubt success of BAP in the upcoming elections. "Initially, it was estimated that BAP will win 25 seats out of 51 but now that figure has dropped down to 18-20," claims Shahzada Zulfiqar, a veteran journalist.

He says political parties have started resisting BAP and it can’t expect a landslide victory despite its strengths. "Even then BAP will be the single largest party in elections and it can certainly form government with JUI-F," he adds. Zulfiqar believes that BNP and PTI becoming part of a coalition led by BAP can’t be ruled out.

In the Pashtun belt, the situation is a bit different. BAP does not enjoy the same clout there which it does in the Baloch belt. The reason is that there are not many electables in the Pashtun areas. There are only two electables from the Pashtun belt who always win their seats -- Jaffar Mandokhail from Zhob and Sardar Dur Muhammad Nasar from Duki. Interestingly, Mandokhail is contesting on PML-Q ticket whereas Nasar has joined BAP.

"In the Pashtun belt, MMA will dominate the elections and BAP cannot get more than 5-10 per cent of the votes," says Syed Ali Shah, a senior journalist. He attributes the strength of BAP in Baloch areas to the inclusion of Baloch chieftains in BAP, which is not the case in the Pashtun belt.

Same can be the situation in NA-271 Kech and NA-272 Gwadar-Lasbela. In short, BNP in Baloch belt and JUI-F in Quetta and the Pashtun belt will be runners-up where BAP is winning but where BNP and JUI will win in those seats BAP has almost no votes.

The reason is the strength of BAP are the electables who will win their own seats but they don’t have party vote bank where they do not have an electable.

Although voter turnout was relatively high in Balochistan in 2013 but in Makran division it was less than 20 per cent due to threats by insurgents, which has now decreased significantly.

Malik Siraj Akbar, an analyst based in Washington D.C., believes that public participation in the elections will be higher as compared to 2013. "An atmosphere of fear and terror ruled the last elections, which is not the case now," he tells TNS. "Surprisingly, insurgent groups have not called for a boycott of the elections as passionately and persistently as they had done in 2013."

Akbar attributes the reduction in strength of insurgency to the National Action Plan, CPEC, and alienation of the masses from the insurgents. "Armed groups have become unpopular because of attacks on fellow Baloch whom they have been calling traitors, informers, and spies." He believes that now people are tired of the prolonged insurgency and want to address their socio-economic needs.

Unfortunately, socio-economic issues of Balochistan are not under focus in the election. In a majority of constituencies, candidates are asking for votes based on their tribal affiliations. This is the case with a majority of the BAP candidates. BNP, PKMAP and National Party candidates are using the ethnic nationalism card to stir support among the masses.

During this month, Balochistan is facing long hours of load shedding. As compared to the demand of 1715 MWs of electricity, Balochistan is being supplied 700 MWs. Load shedding has made life difficult across the province and still this is not a major issue in elections.

Unemployment is increasing in Balochistan as there are no new job opportunities. Unfortunately, political parties are carrying out campaigns without mentioning any practical promises to create jobs. Election campaigns in Balochistan have not raised the issue of accountability either.

Dr Shah Muhammad Marri, an author and cultural critic, says elections in Balochistan have always been dominated by the upper class so they have no concern about the problems of the common man. "In the current elections not a single candidate, who has any chances of victory, belongs to the non-elite or working-class background," he says.

Dr Marri laments the exclusion of women from the electoral process, "Half of the population comprises of women and only 5 per cent of candidates are women just to comply with the ECP rules," he adds.

The ECP seems active in these elections. It has suspended funds and officials of local governments till elections. They are also taking action against candidates who are not abiding by electoral rules.

Muttahidda Majlis-e-Amal (MMA), a coalition of religious parties, is using the religion card to get votes. A leader of MMA in PB-1 publicly said that if people do not vote for MMA they will be excluded from the fold of Islam. The video of this speech of the MMA leader went viral on social media and it was condemned by all political parties. However, ECP did not take notice of this violation of election rules in Balochistan.

BNP, National Party and PKMAP have raised voices against possible rigging in elections in Balochistan. They claim that the rather sudden appearance of BAP on the political scene is proof of pre-poll rigging. Sardar Akhtar Mengal has even threatened severe consequences if elections are rigged.

Mehmood Khan Achakzai threatened to quit parliamentary politics in case polls were engineered. In these circumstances, when insurgency in Balochistan is declining and normalcy is returning, this impoverished province can’t afford a rigged election.