Even if the opinion polls prove to be correct, the PTI would still need partners to gain a decisive majority in the Provincial Assembly to be able to form a stable government 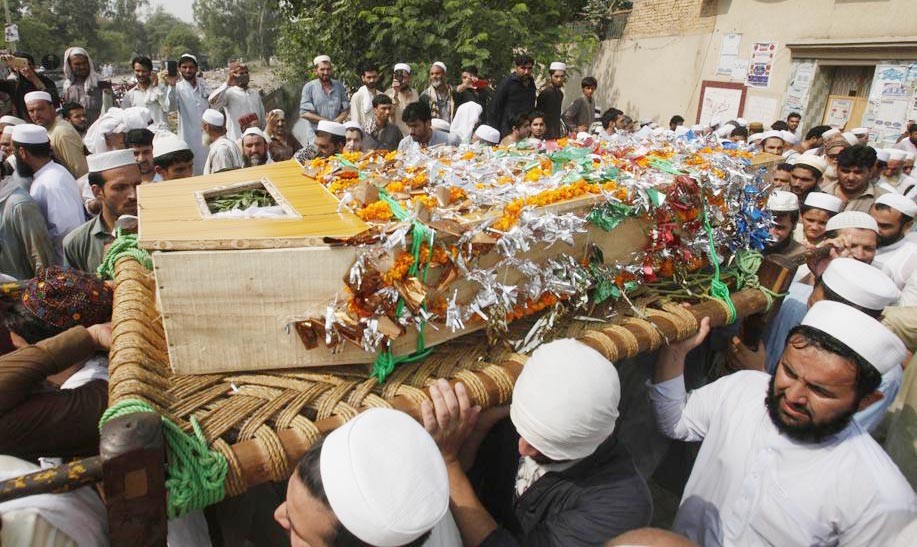 If the latest opinion surveys are to be believed, the Pakistan Tehreek-e-Insaf (PTI) is way ahead of other political parties in Khyber Pakhtunkhwa (KP) and would win the July 25 general election hands down.

However, opinion polls may not always prove correct, more so in narrow contests. The examples of incorrect opinion surveys in recent years include the failure of scores of pollsters to correctly predict the winner of the 2015 British general election, the June 2016 referendum in the UK whether to leave or remain in the European Union, and the November 2016 presidential polls in the US when Donald Trump scored an upset victory against Hillary Clinton. These and other examples rattled the polling industry and led to review of the methods used to conduct the opinion polls.

Experts pointed out that unrepresentative samples and the margin of error in the opinion polls may have misrepresented the likely outcome of these surveys. The demographic changes and the inability of pollsters to reach the so-called ‘silent majority’ or ‘hidden voters’ may also lead to wrong conclusions in the opinion polls. In Trump’s case, it was argued that the non-college educated whites who supported him were under-sampled in the surveys. The triumphant Trump commented that many polls "just put out phony numbers".

While PTI leaders and activists were overjoyed after learning about the opinion surveys predicting their party’s win in KP in the coming election, the leadership of other parties rejected the polls. The Jamiat Ulema-i-Islam-Fazl (JUI-F) head Maulana Fazlur Rahman, whose hatred for Imran Khan and the PTI is well-known, dismissed the opinion polls and said these were designed to create an enabling environment to facilitate the victory of a particular party.

The martyrdom of ANP candidate Haroon Bilour in the suicide bombing in Peshawar city on July 10 not only increased security concerns after a hitherto peaceful election campaign in KP, but also raised the question if the Pakhtun nationalist party would get any sympathy vote and improve its electoral performance.

The findings of these two opinion polls were a bit surprising because one felt that the PTI would continue to be a major electoral force in KP with a reduced number of votes and assembly seats in the July 2018 election compared to its spectacular victory in May 2013.

The opinion surveys, however, convey a different outcome. It would be unusual for a ruling party that just completed its five-year term in KP to return to power in the next election with an enhanced percentage of votes. The incumbency factor normally causes a drop in votes for a party or lawmaker, but if these opinion polls prove correct then one could draw the conclusion that the electorate is generally satisfied with PTI’s performance.

Another factor could be the fact that no major corruption scandal has surfaced against the PTI government even though allegations have been made and the National Accountability Bureau (NAB) is looking into some of these charges.

Yet another issue is the lack of a credible, province-wide alternative to the PTI as its major rivals such as the PML-N, ANP, PPP, Aftab Sherpao’s Qaumi Watan Party (QWP), and JUI-F and its ally Jamaat-i-Islami that are now part of the revived MMA are confined to certain parts of the province. The PML-N is strong in Hazara division and has some votebank in Swat and Shangla districts while ANP draws its electoral strength from the Peshawar Valley, but is weak elsewhere in KP.

The JUI-F has traditionally been strong in southern districts of the province and the Jamaat-i-Islami in parts of Malakand division. The QWP is limited to Charsadda district and to certain other pockets in the province.

The voters in KP made the six-party religio-political alliance, MMA, accountable by rejecting it in the 2008 general election after having given it the mandate to rule in the 2002 polls. The ANP and PPP were subjected to an equally harsh accountability in the 2013 polls once the coalition government of the two secular and progressive parties completed their five-year term. The voters in KP flocked to the PTI banner in the 2013 election in the hope that it will herald a change. The PTI is now awaiting the voters’ verdict on its performance on July 25.

Though no major electoral alliances were made in KP, seat-adjustment between certain political parties presently underway in some districts and constituencies would have an impact on the outcome of the polls. The JUI-F, despite being part of the MMA, took the ticket back from its candidate in Swat to help the PML-N head Shahbaz Sharif win the National Assembly seat, NA-3.

Though the JUI-F/MMA candidate, Maulana Hujjatullah refused to withdraw his candidature and got support for his cause from the Jamaat-i-Islami, Maulana Fazlur Rahman still managed to oblige Shahbaz Sharif. In return, the PML-N withdrew its candidate in Dera Ismail Khan to facilitate Maulana Fazlur Rahman’s victory on a National Assembly seat and also announced support for JUI-F’s Akram Durrani in Bannu to defeat Imran Khan.

The martyrdom of ANP candidate Haroon Bilour in the suicide bombing in Peshawar city on July 10 not only increased security concerns after a hitherto peaceful election campaign in KP, but also raised the question if the Pakhtun nationalist party would get any sympathy vote and improve its electoral performance. As Haroon Bilour’s father, Bashir Bilour, too was martyred in a suicide attack in December 2012 and the Bilour family despite its losses has steadfastly challenged the militants, the Bilours would get sympathy votes in the National Assembly constituency, NA-31 Peshawar, where the elderly family head Ghulam Ahmad Bilour is the candidate and on the provincial seat, PK-78 Peshawar that was being contested by Haroon Bilour and could now see his widow or a nephew becoming the ANP contestants.

It remains to be seen if ANP would get the sympathy vote and credit for standing up to the militants because it had suffered at the hands of the terrorists in the 2013 election as well, but still didn’t get the votes needed to win more assembly seats.

One thing is clear though. As has been the case in the past elections, Khyber Pakhtunkhwa is destined to vote for yet another coalition government. Even if the opinion polls prove to be correct, the PTI would still need partners to gain a decisive majority in the Provincial Assembly to be able to form a stable government. Or all the anti-PTI parties would have to join hands to keep it out of power.