The rise of the electable 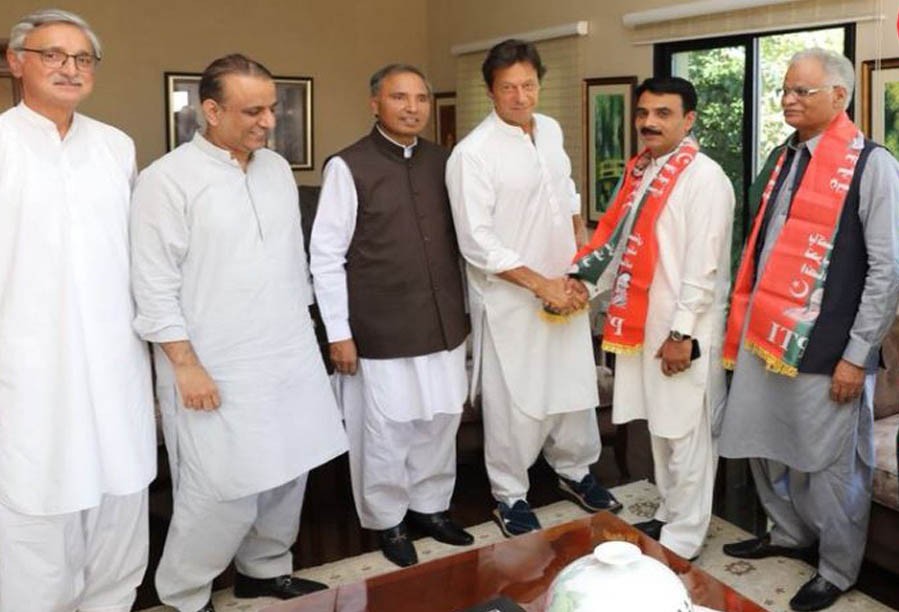 Electables fade away when political parties grow strong in organisation and policy ideas. Yet, on the eve of elections in Pakistan, electables have survived as enduring specie -- wooed alike by political parties and establishment.

It seems electables are here for all seasons and all political parties.

Chairman Pakistan Tehreek-i-Insaf (PTI) Imran Khan’s wholesale embrace of electables has breathed a new life into the notion. Ironically, Khan’s earlier statements have been all about politics being the preserve of the middle classes.

Political parties seek these potentially winning candidates instead of focusing on grassroots organisation. In fact, the history of electables goes back to the very origin of Pakistan. All India Muslim League, the founding party of Pakistan, started this trend when it accepted all pirs and local notables previously associated with Unionist Party. This class of electables, most concentrated in rural areas, constituted the political class that hopped parties, crossed floors right up to the first martial law.

General Ayub Khan, Pakistan’s first military dictator, continued with this trend by propping up local notables. While governments were made and unmade, this class maintained status quo at the time of election. However, with the formation of the Pakistan People’s Party (PPP), the old mould was decisively broken. Zulifkar Ali Bhutto sought to change the political and economic structure of the country in one broad sweep. This necessitated infusion of fresh blood into electoral politics.

The founding conference of the PPP contained very few electable faces. The founding members mostly belonged to the middle class with a history of activism in various social movements. For the first time in Pakistan’s electoral history, the PPP put up candidates from this founding pool. The party’s winning list included mostly unknown faces with middle class background and history of resistance to established electables in rural areas.

The election of 1970 was unique in the sense that it had many new candidates, previously unknown. Thus, from 1970 to 1977, the PPP remained a party that ended the hegemony of well-heeled electables in favour of the ideologically committed party workers drawn mostly from the middle and lower middle class.

Bhutto, however, could not live with the new breed of politicians. In 1977, he again hitched his wagon to the electables which included members of the old landed elite. This shift of gear had a decisive impact on the party’s resistance to the martial law of 1977.

The 1985 elections were held on non-party basis. Since electables in rural areas were largely associated with political parties, they could not take part in elections. Some did take part without the party banners. The 1985 also brought in some new faces to the assemblies. Military regimes are known for creating a new layer of leadership at local level to enhance and deepen their support. That is why local government elections are historically associated with military governments. In most cases, military regimes have engaged with the same cast of electables to shore up federal and provincial governments.

Zia ul Haq co-opted the same electables and so did General Musharraf post 1999. This ensured the continuing hold and longevity of the electables in Pakistan politics. However, with time, the nature of electables has also undergone transformation. While old landed electables maintained their electability due to their deep hold over rural constituencies, the new class of electables with loads of money also emerged in the 1980s. The latter came into being as a consequence of the 1985 non-party based election which was at bottom a money game.

The PML-N, being the party of business interest, turned electability into an art form. The PML-N has become adept at both electability as well as service delivery. The PTI, after languishing in the election game, has taken to the electable formula with a new zest.

Imran Khan is a new convert to the idea. Like all re-born converts, he has been extolling the virtues of electables with a zeal that matches the anti-corruption rhetoric of his initial days.

PTI, like the PPP, initially relied on middle class professionals and other allied classes to produce electoral dividends. This translated into good electoral showing in urban constituencies but its performance in rural constituencies fell short of its expectation. To improve its overall performance, the PTI has now fully embraced electables who are well-versed in the art of pre-election and election day management.

Now the dominant focus of the party is on getting the electables on board so that the kaptan can improve his election score with a view to forming the next government. This is in total contrast to what the PTI has been preaching all along: clean politics and new clean candidates with unimpeachable credentials.

The PTI may or may not achieve its coveted goal of forming the next government, yet it has resurrected the old notion of electables and downgraded the ideas of ideology and party organisation by which it had set a great store since its foundation. In the much-flaunted tabdeeli, we are going to see more of the same candidate, the same caste of electables calling the shots. Remind me who said this: The more things change the more they stay the same.

The rise of the electable