Stressing tree plantation alone is not enough. Policy and law must regulate the kind of trees planted, ensuring that these are native to soil types, climate, and existing water resources 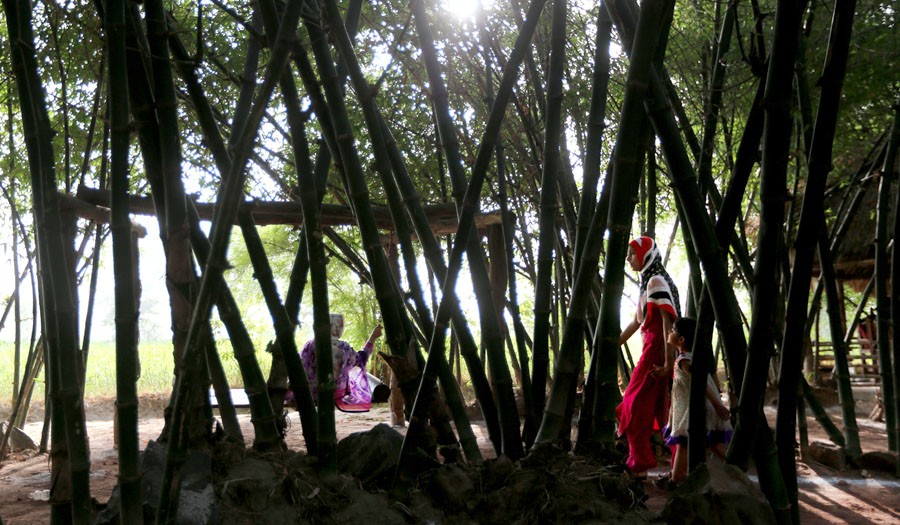 It is an established fact that for the first time in history, the world is predominantly urban. Fifty-five per cent of the world’s 7.6 billion people live in urban areas. This is a trend of continued growth, expected to reach 68 per cent in 2025, and furthermore in ensuing years.

The reasons for intensifying urbanisation are many, most of which are rooted in global and regional economic structures, but more worrying is that this has been accepted as the fate of the planet.

Parallel to this reality, the environmental crisis is possibly the largest collective threat to the survival of the human race. Our epoch in history is being referred to as the ‘anthropocene’ -- a geological age where human activity has been responsible for dramatic impacts on the earth’s geology and ecosystems.

While urbanisation is not solely responsible for the environmental crisis, it has certainly worked in the negative. The puritanical urban-rural divide no longer exists, where cities were previously assumed to be jungles of steel and concrete, while the rural was perceived as the ‘wild’ and ‘natural’. The plunder of nature is what cities essentially derive their survival from, whether it is food from agricultural produce, timber, energy, minerals, or the use of rivers and seas as the dumping grounds for mostly toxic wastewater. Cities in their current form are, therefore, parasites on nature.

Lahore has seen an unprecedented loss of green area over the past three decades; clearly visible in satellite imagery, tree cover has shrunk almost eight times to what it was in 1990. There is no mystery that an unregulated increase in built-up area, highly controversial road-widening and infrastructure projects, as well as the paving of natural (katcha) ground cover has been responsible for this. It is not ‘development’ or infrastructure that stands to be critiqued, but the broader policy and visionary framework or a lack thereof that these are born out of, that must be questioned.

It is here that the argument for urban biodiversity must be stressed. Trees not only produce oxygen, but the existence of natural ecosystems provides us free services responsible for the very survival of human beings. These are a range of supporting, provisioning, and regulating mechanisms, such as soil formation, nutrient cycling, carbon sequestration, water regulation, and purification, and most importantly pollination for food production. All actors of the food cycle are involved in a delicate balance in each of these steps.

Until the 1980s, jugnus (or fireflies) were common in the backyards of homes. Butterflies are now only seen in some parts of Lahore. The biggest culprit of this is pesticide spray.

The rapid paving of katcha surfaces is leading to not only a reduced ground cover, but also a reduction in carbon sinks and water sheds. Benefits human beings derive from nature are endless, one of the less known is human contact with earth. Scientists have discovered that the earth’s surface is replete with free electrons that are absorbed by the human body when they come in contact with each other; this electron transfer is known to provide the body with a number of health benefits such as supporting antioxidant processes, cardiovascular health, and the regeneration of red blood cells.

Cities capture about 20 per cent of the world’s avian biodiversity. It is, therefore, not enough to merely stress the importance of tree ‘re-plantation’ in the city but to create policy, law, and design for the enabling and conservation of ecosystems within the city, in the form of wildlife corridors and eco-zones providing conditions for breeding, shelter, and food for both flora and fauna.

Urban development in Pakistan today is hijacked by profit-seeking interests, as opposed to being driven by the public good. After investigation by the Orangi Pilot Project Research and Training Institute, the real cause behind Karachi’s milestone floods in 2006, was found to be human intervention, such as the encroachment of homes onto natural nullahs, consequently blocking effluent flow, and the criminal ‘filling-up’ of mangroves by for-profit land development.

Anyone living in Lahore in recent years is witness to not only a drastic decline in tree cover, but a tragic dying out of insect and bird populations. Until the 1980s, jugnus (or fireflies) were common in the backyards of homes, particularly in the lush greens of GOR. Butterflies and bees are now only seen in some parts of Lahore. The biggest culprit of this, is pesticide spray.

Simultaneously, a large number of bird species have declined due to a deterioration of bird habitats, a decline in native tree and plant species, and unsuitable environments for reproduction.

Parks and Horticulture Authority Agriculture Officer Abbas Sindhu who has been assigned at Lawrence Gardens since 1998, gives testimony to these changes: "You can see that in Lawrence Gardens alone over the past twenty years, insect and bird populations have greatly reduced. The biggest reason is of course pesticide spray, especially since the spread of the dengue virus."

Further, while bee populations are entering the endangered list worldwide, Lahore is no exception. "At one time on the trees of Lawrence Bagh alone, there would be more than two hundred naturally occurring bee hives."

Birds require undisturbed tree habitats for building nests, laying eggs, nurturing their offspring, and feeding. "A bird needs four to six months to build a nest," Sindhu adds. "But within this time, they are disturbed by tree trimming, seed harvesting, and other horticulture maintenance activity done by us in the Bagh. Of course, they won’t stay. Then there are pigeons for whom we have built pigeon-holes, but they don’t use them, because they understand what is artificial and what is natural."

Stressing tree plantation alone is not enough. Policy and law must regulate the kind of trees planted, ensuring that these are native to soil types, climate, and existing water resources. Foreign species such as the water guzzling ‘ashoka,’ Islamabad’s ‘paper mulberry,’ or the new favourite ‘conocarpus,’ are not only unsuited to our environments and immune systems, but stand nowhere in comparison to the benefits provided by age-old natives such as pepal, neem, drek, and the list goes on.

Must it be accepted as mere ‘common sense’ that cities are counter-productive to natural environments and ecosystems?  Or is another future possible? Contrary to perception, examples of brighter possibilities abound.

A compromise has to be made, where the public interest must prevail over the private benefit and land is not traded as a commodity, but as a public trust wherein the practice of environmental and social welfare principles is the primary purpose.

City governments in cities in North America, such as Atlanta and San Mateo, ban the cutting of ‘Protected and Heritage Trees,’ regardless of the land-value concerns of real estate developers or the area-maximisation interests of construction companies.

The murderous effects of toxic pesticide on insect and bird-life as well as human life are well established. It is only puzzling, therefore, that government and citizens are not switching from synthetic insecticides to plant-based insecticide for mosquito control, or ‘effective micro-organisms’ (EM) for the treatment of sewage effluent.

Bio-insecticides are being produced in India, as by the bioscience and technology firm Varsha. EM, described as a multi-culture of beneficial micro-organisms harvested from fermenting fruit and vegetable waste, was developed in Okinawa in the 1970s and is extensively promoted in Japan by research organisations such as EMRO, as well as in Vietnam and Thailand. In Pakistan, small-scale local industry can undertake the production of alternatives such as these, where the research component can be supported by academia.

Short-term quick fixes are no longer plausible. The change will have to be structural. Pakistan’s cities must not merely ‘incorporate’ nature, but rigorously reserve land and water bodies alike for the creation and conservation of native wildlife habitats within the urban domain. Within these ecological niches, institutions can play the role of managing and regulating wildlife, and human influx, if allowed is highly regulated.

As opposed to natural wilderness areas, urban wilderness carries different processes, as urban areas are not entirely free of human disturbance. According to the ‘Deutsche Umwelthilfe’ (DUH), a German non-profit environmental and consumer protection association, the case for urban nature is a necessity in today’s world. "Urban nature can have wilderness-like properties if it has dynamism of its own, and natural development processes are deliberately provided for …Urban areas suitable for these processes include city forests, river banks, and other remnants of the original pre-urban landscape."

Knowledge requires continuous enquiry and renewal. Our city’s nurseries may be the breeding ground for small-scale local research and experimentation, as opposed to being places responding only to upper-class horticulture fashion trends. Further, the rich knowledge of indigenous flora and fauna carried by our city’s senior-most maalis must be documented and conserved.

More than anything, therefore, it is a change of paradigm that is required, departing from the myopic quick-fix of ‘tree re-plantation,’ towards a shift to ‘urban ecosystem thinking.’ Pakistan urgently needs a policy for urban development, with the creation and conservation of natural urban habitats as one of its core concerns.