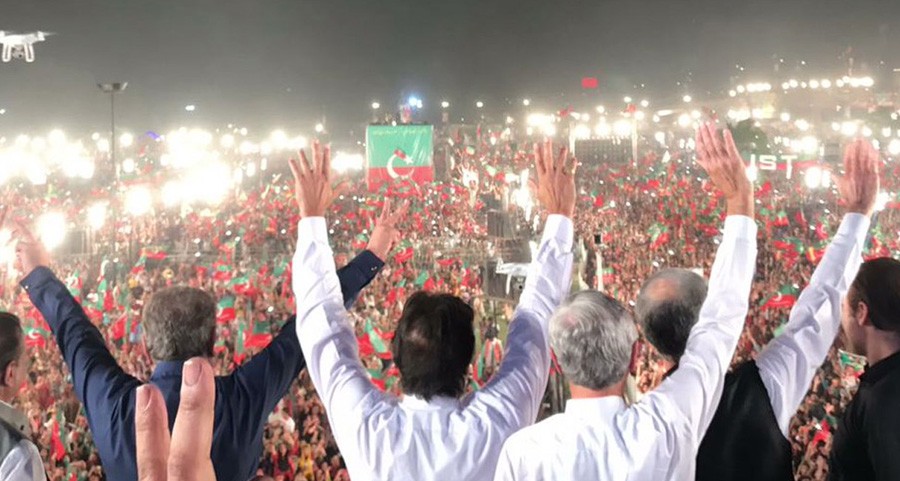 One of the oldest political maxims focusing on "the people" asserts voxpopuli, voxdei. This doctrine means that voice of "the people" is voice of God. According to this aphorism "the people" provide banister on which the structure of political edifice stands.

The claim, voice of "the people" embodies voice of God, incarnates in many different versions of political systems. Therefore, it is not surprising that ruling elite under political regimes such as monarchical, authoritarian or democratic have always legitimised their existence by presenting themselves as the rightful trustees of voice of "the people".

Recent scholarship on contemporary politics challenges modern-day electoral democracies’ idealistic emphasis on voice of the people. In his book titled The Eyes of the People: Democracy in an Age of Spectatorship, political scientist Jeffrey Green asserts that it is not the voice of the people that defines the contemporary democracies. He argues emphasis on voice of the people conceals the fact that for vast majority of us, our experience of politics is curtailed to watching and listening to others. While it is the others who are actively engaged in politics.

The irony of contemporary electoral democracy is that those others are the minority that we the majority as voters elect to rule over us. This group of others engages, performs and embodies the political act. Whereas we, the people, are reduced to be mere spectators. Green contends, by virtue of their one-time political action that is of voting, spectators become actors only briefly.

While it is true that all citizens in electoral democracy enjoy political equality: the right to exercise their vote in occasional elections. However, the actual usage of this right is only once in four or five years. It is only after the conclusion of four or five yearly governing limit that the aspirants for political power chase after voters for the purpose of being reelected. Politicians’ quest for control of electoral power terminates with conclusion of elections; and voter then becomes a redundant afterthought for all political elite. Whereas at the time of elections, spectator as being the occasional actor takes centre stage.

The debate on policy issues and that too on ideological grounds is not a paradigmatic feature of Pakistan styled politics of electables. The electables are the select few who have an unprecedented ability in securing the control of political power under all forms of political regimes, the military dictatorship or democratic governments.

It is therefore not surprising to observe that currently, in Pakistan, the theatrical spectre of electoral democracy is at its zenith. Politicians as marketers have risen to channelise their energies on identifying, organising and branding themselves to charm voters. Likewise, the focus of political parties is on how to craft alluring electoral cunningness so as to flatter the electors. In common parlance, these contenders for popular vote are labelled as the electables. They are the ones who according to one party leader know the art of electioneering and to be (re)elected. Hence, it is the competition for popular vote amongst electables that defines Pakistan’s democratic experience.

However, electable per se is not a new phenomenon in electoral democracies. The aspirants for political power showcase their self-professed abilities to win elections. After all it is the winning in elections and ability to be reelected that defines the modern day political elite. Undoubtedly, plebiscitary or electoral politics has always been about the electables. Electables set the course of political scheming and machinations thereby concocting an image that allures spectators. Thus, it has been the forte of political aspirants to define the political discourse in elections and to gain acceptance amongst "the people".

George Bernard Shaw once commented, "democracy substitutes election by the incompetent many for appointment by the corrupt few": meaning it is us the many who are incompetent who have elected the corrupt few. It seems to me that we have proven Bernard Shaw’s broadside on democracy. Without doubt, we, the incompetent electors rely on securing patronage we receive in exchange for our votes, and our elected the corrupt few strengthen their political careers by fortifying the patronage extended to their constituents. The debate on policy issues and that too on ideological grounds is not a paradigmatic feature of Pakistan styled politics of electables. The politics we experience is devoid of any meaningful political reasoning.

The electables in Pakistan are the select few who have an unprecedented ability in securing the control of political power under all forms of political regimes, the military dictatorship or democratic governments. "The people" got shocked to watch Jamal Leghari reprimanding a young elector on the latter’s unfounded confidence in the "notelet of the vote". Leghari being the electable that he is found elector’s questioning an inappropriate challenge to his traditional control in the constituency.

Like Leghari there are others of his ilk who have found such questioning as voters’ deviances. Electables are aware that deviant is an exception but not a norm. They also know the fact that contemporary electoral democracy drives on Pakistan’s styled electioneering norms favouring traditional political conservatism over radical activism. For Pakistan’s electables, voters’ deviance does not pose insurmountable challenge; the electables skilfully subdue voters’ deviances by effective demagoguery.

The contemporary election cycle witnesses those contenders for political power who are adept at the art of electioneering. Therefore, it must not be surprising to "the people" that even the political parties have banked upon electables and not on any newcomers. And, thus according to the art of electioneering, "the people" are a malleable lot with fickle mind of their own. The electables on the other hand are astute contenders possessing insightful intelligence into the minds of "the people". The electables therefore craft messages that resonate with "the people" thus enabling electables to inveigle their unhindered passage to politics.

The slogan that parliament is the supreme legislative body is true insofar if we give into the maxim voxpopuli, voxdei, but in reality it has never been the voxpopuli that have guided politics. In fact, it is voice of the ruling elite that has structured the political landscape. The ruling elite has not only swayed the voxpopuli but it has also manipulated voxdei in their quest to control political power. The contenders for political power aim for popular support by invoking divine intervention to claim worldly gains. Might it be blasphemous to claim that even the God speaks only infrequently!