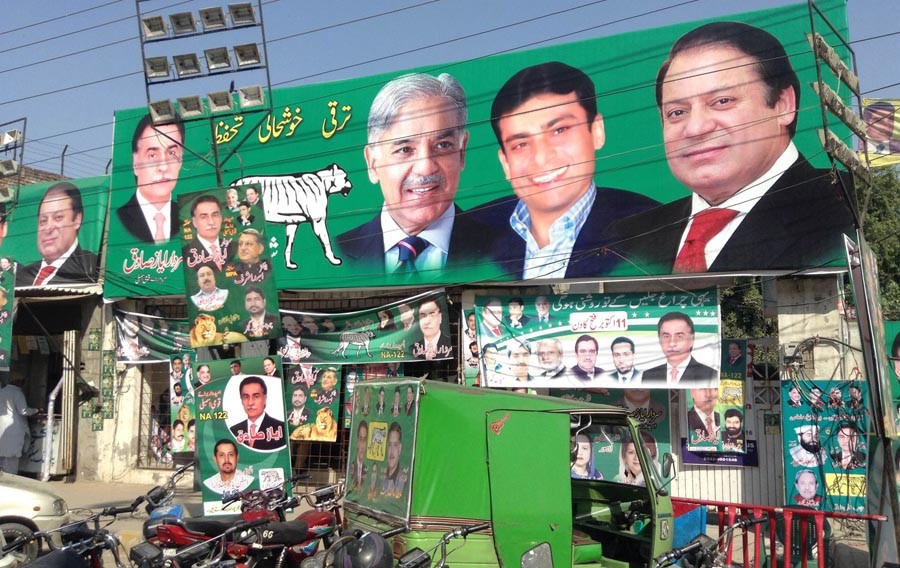 The dynamics of our country’s politics is such that the candidates have to incur huge expenses on their electoral campaigns. If they don’t, voters are not convinced to vote for them.

Many a time, voters weigh the chances of success of a campaign with the number of banners and posters in an area and party offices functional there.

What is the role of political parties that raise funds from different sources regarding fielding of less affluent candidates and covering their election expenses?

Representatives of different political parties say there is no fixed limit upto which the members can contribute to the party. It can be as low as Rs10 membership fee of Awami Workers Party (AWP) to tens of thousands of rupees.

Political parties collect funds from the business community as well but normally they do not declare all the money and show a part of it in their accounts. Collection of non-refundable fee from hopefuls of party tickets during elections is also a big source of funding.

Recently, some of those who have been denied party tickets have said this fee should be refundable in cases where the tickets have been denied. There are others who feel betrayed, saying they were asked to submit applications and fees despite the fact that the names of ticket holders had already been decided.

"Parties collect funds for the maintenance of party offices, holding of party meetings, payment of salaries of administrative staff, travel expenses and election expenses," says Abdul Quayyum Kundi, an independent candidate for NA 269. He had applied for a PTI ticket but could not get it.

Kundi says financial support can be provided to individual candidates from these funds but mostly these are used to campaign for parties on the whole. Running tv advertisements for the party, paying for release of election related songs, spending on sponsored telecasts, etc, are priorities of political parties. This does help candidates contesting under party symbols. "But in case the party contributes directly to an individual’s campaign it is counted as part of the allowed limit," he adds.

He, however, points out that parties like PTI and MQM are financially supported by their followers. A reason for this, he says, is that these are organised parties with dedicated/ideological followers and far less money is required to reach out to the masses. The money involved in buying loyalties and votes is not involved here.

A loophole identified by observers is that there is no upper limit on the expenditure that a party can make on its campaign while individual expenses have a cap on them. This makes it tough for individual candidates and those from smaller parties to make their mark. The huge branding exercises worth billions go against them.

Another issue is that party workers, especially women who somehow get nominated on general seats, strongly feel that their party should finance them to run their election campaigns. They are more challenged than men because they need security and supporters by their side to campaign.

In developed world, politicians use modern technology for crowd funding while in Pakistan no party has focused on this aspect. Only an independent candidate, Jibran Nasir, is using crowd funding to run his campaign.

She thinks members of big parties who contest elections do not need any financial support from party funds as tickets are awarded to influentials nowadays. "Financial support is provided to the financially weak in the form of flags, banners, etc, available in the central pool of the party," she adds.

Dr Ghulam Farid Paracha from Jamaat e-Islami (JI) points out that his party collects funds from each worker of the party for its campaigns. For example, the party initiated a campaign "Khushal Pakistan aur Nifaz-e Nizam -e-Mustafa" to collect funds from workers. "These funds will be spent on the election campaign of contestants who are financially weak and cover expenses made on processions, banners, posters, copies of manifestoes, etc."

Paracha says contestants from JI primarily belong to the middle class so party fund for campaigning is highly relevant in this case. "The amount saved from this fund will be spent on conducting religious lectures and Dars-e-Fehm-ul Quran," he concludes.

Rana Mashhood, Central Member of Pakistan Muslim League-N (PML-N), denies that his party raises funds to run elections campaigns. "The only collection made is in the form of Rs30,000 and Rs50,000 charged for candidates applying for tickets for provincial assembly and national assembly seats."

He outrightly denies that party collects donations or funding from abroad. "There are several members who cannot afford to run their election campaigns so the party supports them but mostly party funds are used to run the affairs of the party secretariat."