Without the freedom of expression and security of life, this electoral democracy seems meaningless 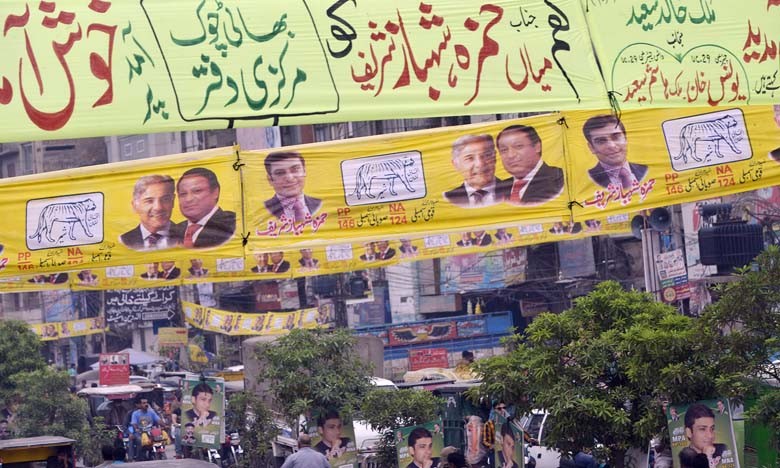 What is the meaning of democracy if it is devoid of substance and limited to an electoral exercise? Substantive democracy means an environment which fosters the flourishing of its citizens, where institutional structures of state and society provide the freedom and opportunity to its citizens to make informed choices from a variety of policies at the local, provincial and national levels. Thus, it is a system where the collective wisdom of the people decides the development and policy priorities.

Unfortunately, answers to all of the above questions are a concrete "No". We live in interesting times where 1,848 people, including my friend Raza Khan, have vanished from the face of this earth against their basic human right to life and freedom, but the state policy of enforced disappearances is not up for discussion in the election. We have had a perpetual 40-year war on our western border and a decade long insurgency in Balochistan but other than peace hyperboles, only a few would venture into an actual policy -- debate  lest they disappear themselves.

However, for the entertainers masquerading as anchors and analysts on electronic news media, it is the person rather than the policy, and personalised attacks rather than informed dialogue or policy debate that are critical for ratings and survival. While electronic media has been at the forefront of a degenerating political discourse through its methodology of mudslinging and sensationalism, still one can argue that it reflects only the face of our polity -- one that is devoid of strategic thinking as we have yet to agree on democracy’s rules of the game raising questions on the sustainability of the process.

Further, the truism that regular elections improve the quality of the polity needs to be reevaluated because such a notion assumes a free, informed and empowered citizenry. Also, without the introduction of a genuine local government system concentrating on service delivery, it is hard to imagine a higher level of policy debate in provincial and national parliaments or their elections. What’s sad but understandable is that those sloganeering ‘change’ in the polity have only normalised abusive language in our political culture while giving new credence to electables (persons) as opposed to an organised party (institution), thus further strengthening the patron-client constraints of our polity.

If you expect change from this limited electoral exercise where not even real political power which sets the country’s strategic direction is up for contestation; where little ideological, policy or wealth differential exists between those running for elections; and where an unfathomable wealth differential exists between contenders and 95 per cent of the population, please take off your blinkers.

A substantive democracy can’t be built without the introduction of democratic structures at all levels of society. Without functioning student unions, it is hard to imagine a future looking intervention in the current narrative to tackle the underlying skills deficit which leaves our youth unemployed in a competitive market economy; and without organised labour and farmer unions, forget that real issues of the vast majority such as land, housing, jobs, and liveable wage will be entertained. A polity devoid of these critical institutional crutches may be called a democracy but can only provide issueless elections.

Change is thus dependent not on political parties but on social movements which parties can either facilitate, sabotage or stay indifferent to. Though Pakistan has had its share of progressive social movements, most have concentrated on pushing the army back to its constitutional role only to see it encroach upon the space again. We are stuck in a whirlpool of civil-military dynamics while other nations move forward with deepening democracy, policy reforms and developmental planning. Instead, for us, the only election question is whether the PML-N will survive the establishment’s onslaught.

So these elections are a reminder -- that our unelected perpetual masters are only interested in crushing progressive social movements and instituting a guided democracy, thus condemning our polity to stagnation and society to mediocrity, as without the freedom of expression and security of life, this electoral democracy seems meaningless.