Amnesty, the scheme for now 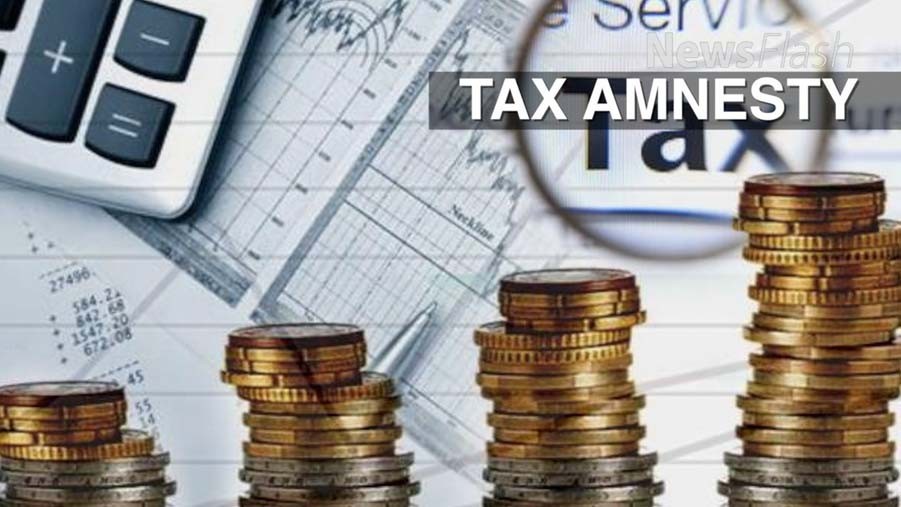 If past is any guide, the ordinances promulgated on April 8, 2018 to give effect to the latest edition of a long list of tax amnesties should meet the same fate - failure. But past is no more a useful guide. This is the mother of all amnesties. The schemes in the past were drawn up hastily and without a seriousness of purpose. The government would propose and the opposition would dispose.

The establishment viewed amnesties as just another attempt by corrupt politicians and their business cohorts to whiten their black deeds. The judicial sword of Damocles continued to hang over the heads of the declarants. There was no policy context to the schemes. Last but not the least, the host countries did not see the hidden financial inflows and disguised asset ownership as a problem.

All this has changed, albeit in varying degrees. The government of former prime minister, Shahid Khaqan Abbasi, took up the issue in right earnest. Amnesties demoralise the existing tax payers. Despite opposition from the revenuecracy, he started by significantly reducing the tax rates for the existing tax payers to ward off their concerns. Before announcing the amnesty, he also took into confidence the military and the judiciary. Judiciary took some time in making its position clear, but it has now acted to clear up the atmosphere of uncertainty. He also circumvented bureaucratic foot-dragging by engaging with a parallel think-tank. Subsequently, the Voluntary Declaration of Domestic Assets Act was also passed by the Parliament.

As for the political opposition, the PTI as well as the PPP quickly dismissed the scheme and threatened to review it if they come to power. Better sense, it seems, has prevailed after these early outbursts based on a lack of information. Elections rhetoric so far has avoided attacking the scheme. It must be remembered that any amount of uncertainty can have more than proportionate effect on the outcome of the scheme. This is what was demonstrated by a highly successful amnesty scheme in Indonesia. In formulating the Pakistani version, an attempt has been made to minimise the risks facing the prospective declarants.

As for the policy context, the frozen-in-time tax/GDP ratio of Pakistan requires some earth-shaking intervention. The amnesty scheme might do just that by rapidly expanding the base and improving tax compliance. It makes things simpler by declaring Computerized National Identity Card as the national tax number. No penalty has been imposed and the rates have been kept as low as 2-5 per cent of the declared assets. Specifically, the local liquid assets can be declared at the tax rate of 5 per cent, foreign cash assets at 2 per cent and assets/fixed property abroad at 3 per cent. Dollar accounts can be declared and kept abroad at 5 per cent.

A number of issues have been raised about the weaknesses in the scheme and to point out room for improvement. This is Pakistan’s first tax amnesty scheme which targets foreign assets but without a mechanism for their repatriation into Pakistan. The confidentiality clause runs counter to Right to Information Act.

Dollar account holders in Pakistan who have purchased dollars with undeclared funds can also seek regularisation by paying a tax rate of 2 per cent. Remittances less than $100,000 per year per person will continue to enjoy tax exemption and immunity from any questioning by any agency regarding the source of funds. All remittances greater than this amount will enjoy tax exemption but may be subject to scrutiny. New foreign exchange accounts can now only be opened by tax filers. Strict confidentiality has been promised. To avoid political fallout, holders of public office in the past decade, political as well as senior bureaucracy, have been specifically barred from the scheme.

Favouring the scheme is also a changed global setting. The world is determined to break the nexus between finance and terror in particular and other illegal activities more generally through the enforcement of transparent financial transactions within and between the countries. Financial Action Task Force is emerging as an effective watchdog. Pakistan is now making every effort to avoid being blacklisted. The placement in the grey category means there is no alternative to full compliance.

The one-time nature of the amnesty without any risk of prosecution and its tight deadline of June 30, 2018 is being emphasised because Pakistan will be fully participating in the Organisation for Economic Co-operation and Development’s (OECD) Global Forum on Transparency and Exchange of Information for Tax Purposes with effect from September 1. This is an arrangement agreed by 147 countries to fight tax evasion by ensuring automatic exchange of information on the standards of tax transparency, ownership and financial accounts.

Pakistan is also becoming part of the 108-member OECD/G20 Inclusive Framework on Base Erosion and Profit Shifting (BEPS). This will enable Pakistan to check the harmful practices and abuses resulting from the aggressive tax planning by the multinationals. With heavy dependence of direct tax structure on corporate income tax, the link with BEPS can boost this source of revenue.

A number of issues have been raised about the weaknesses in the scheme and to point out room for improvement. This is Pakistan’s first tax amnesty scheme which targets foreign assets but without a mechanism for their repatriation into Pakistan. The confidentiality clause runs counter to Right to Information Act. Disclosing the source of ill-gotten money can still lead to criminal proceedings in the host countries.

Finance Act 2018 made it mandatory to submit a statement of foreign assets and income for all those resident tax payers who have either foreign income or assets. It is in contradiction with the amnesty scheme. The difference in tax rates on foreign and domestic assets has also been contested. A depreciating rupee dis-incentivizes the holding of rupee-denominated assets. It is proposed that receivables be permitted to declare assets rather than cash on the closing date. What should the expatriates holding assets off-shore but no foreign currency accounts do? There are suggestions that audit and penalty cases should also be allowed to avail the benefit of amnesty scheme.

Let’s face it. These schemes are no alternative to broad based tax reforms that promote investment friendly environment in the country. The latest amnesty has only one purpose. All else is secondary. The economy has a huge hole in its trade and current accounts that has to be plugged somehow. FBR Chairman Tariq Mahmood Pasha left nothing to conjecture. Nearly all economists see the recourse to the IMF as inevitable. But the institutions of the state and the main political parties do not see it that way.

The economists agree that exports are growing and the rupee depreciation has accelerated this growth. But they see imports crossing the $50 billion barrier or more than double the level of exports. Remittances, FDI, donor assistance, begging and borrowing from friends and accessing the short end of the market on the hardest ever terms have not gone far enough. Hafiz Pasha, who ought to know what he is saying, thinks that the foreign exchange reserves could fall to a near-zero level if the process to approach the IMF is not started sooner than later.

Our own information and assessment is that the IMF is more than willing to help. An IMF programme will provide its major shareholders the surest means to slowdown the pace of CPEC investments. Despite being at loggerheads during the noisiest ever elections, all stakeholders in Pakistan have a consensus on the CPEC.

Tax amnesty is designed to mobilise as much foreign exchange as possible in the shortest possible time. This is why the tax rates are lower for foreign assets, the deadline for declarations is really tight and no official hints are discernible about an extension. It is in this context that the FBR has excluded income earned in the current fiscal year and changed the formula for valuation of foreign assets.

The State Bank has made its own contribution by allowing tax payment under foreign amnesty scheme through bank accounts of immediate family members. If the efforts to keep the IMF away succeed, the hard-won resumption of growth in the country will also be protected.

Amnesty, the scheme for now