What price the tax?

The interim Punjab government recently levied entertainment tax on cinema houses with seating capacity of 300 or above. The immediate fallout has been higher ticket prices and an angered audience 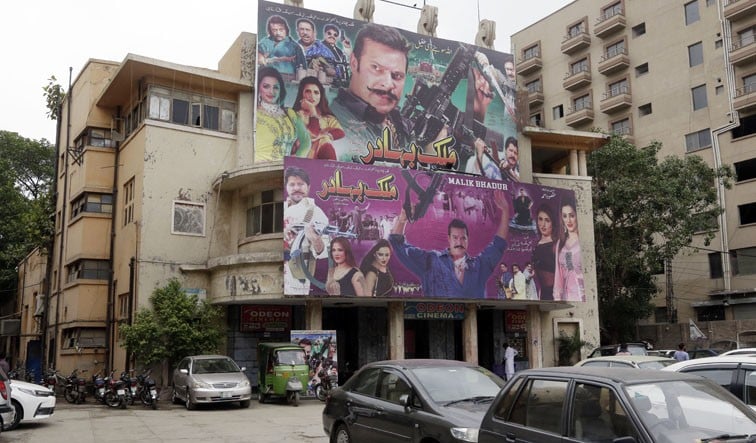 The courtyard of a famous Abbot Road cinema is a venue of a noisy brawl, on a humid late June evening. The customers are protesting the recent increase in ticket prices. Although the price difference is only Rs30, the demonstrators aren’t willing to pay anything more than what they used to do till only a few days ago.

The cinema manager tries hard to convince them that the upswing is due to the entertainment tax levied by the interim government, but they wouldn’t budge.

"It is incredible that the rates for show tickets should have spiked to from Rs200 to Rs230, in a matter of just two weeks," says an outraged man named Kaka Fazil, at the top of his voice. The jittery manager at the ticket booth can’t seem to pacify the crowd.

Since 1930, Abbot Road has been home to several cinema houses. No wonder it’s regarded as the traditional ‘movie circuit.’ The box office results of this circuit would determine the fate of the feature films. The single-screen cinemas located on this road meant affordability and easy access to most people frequenting them. But the interim Punjab government recently dropped a bombshell on the already nascent film industry, when it levied the much-dreaded entertainment tax.

Interestingly, the tax applies to cinema halls having a seating capacity of 300 or above. It also gives the exhibitor (cinema owner) an option: cough up Rs4,500 as tax per screen or pay 5% on the ticket sales. This is valid for the five big cities of the province -- Lahore, Rawalpindi, Multan, Sialkot, and Gujranwala. The exhibitors in the rest of the Punjab can either pay the preset Rs3,000 per day or percentage on ticket sales.

"Presently, Lahore boasts around 45 screens. These include the ones at different multiplexes as well as the single screens. Yet, the five [functional] halls on Abbot Rd matter the most for the common public that can’t afford the high rates at the posh cinemas," says Qaiser Sanaullah, Manager, Metropole cinema, and former information secretary of the Exhibitors Association of Pakistan (EAP).

"The economic burden imposed by the [interim] government shall only affect the cinemas in mass circuit which are already fighting for survival in the new-age cine-viewing."

Over the last decade, slowly but surely cinema has regained its position as a prime entertainment avenue for the middle class and above -- basically, those who can afford to spend Rs500-1,500 per person. "Regrettably, no one cares about the lower strata," he adds.

However, Zoraiz Lashari, Chairman, EAP, contents that all "cinema owners are ready to pay per-day tax instead of the 5% on ticket sales.

"We put forward our reservations before the government, but nothing has come of it so far. We tried to tell the officials that the tax shall only fetch them around Rs2.5 million a year, which is nothing for the government but it would reduce the profit share of cinema houses which are already in greater number than required in Lahore city alone."

Pakistan’s cinema industry largely depends on Bollywood movies whose buying power has lately increased, pushing the rates from the earlier $50,000 to $500,000.

According to Lashari, the "PML-N led government abolished tax on circus for life, which was also our demand, but the halfhearted attempt did nothing to help us. I’m afraid the dwindling profits might force cinemas to shut down eventually."

Ahmed Waqas Riaz, provincial minister for Information and Culture, is of the view that the previous government "would give tax indemnity, through a notification, at the end of every fiscal year but the tax was never abolished.

"The excise department recently presented different formulas before the cabinet regarding the imposition of tax ratio, and after consultations Chief Minister Hasan Askari Rizvi ordered not to collect the entertainment tax. But we believe the imposition of taxes is their consitutional right."

On the other hand, Lashari says the exhibitors have not been updated on the matter, "The excise department continues to collect tax every day. The interim administration must issue a notice to us as well as the concerned department, with clear orders from the CM."

Cinema houses in Sindh pay Rs2,000 as tax per screen per month. "This is a trivial amount, and I believe this should be implemented in the rest of the country also," says Ch Ejaz Kamran, a noted distributor and chairman of Film Producers Association (FPA). "The exhibitors community isn’t reluctant to pay taxes, but their demand is to declare Pakistani films as exempted from any such tax throughout the country.

"Before the advent of DCP (Digital Cinema Print), the film producers and/or importers would pay Rs5 per foot on movie reels (negative) as custom tax which was shared by the cinema owners. Fortunately, the technical advancement has provided us with the chance to avoid this but the cinema industry must contribute to the country’s economy. Cinemas can share this small financial burden without knocking it on the customers which shall not only not deter the cinema-goer but will actually help to aggregate their numbers.

What price the tax?