A deal for the sector

Mauza Sri Sarral, located in the foothills of Margalla, was once a happy abode for its dwellers, with clean water, fresh air, and green hills, till it met with the onslaught of urban developers 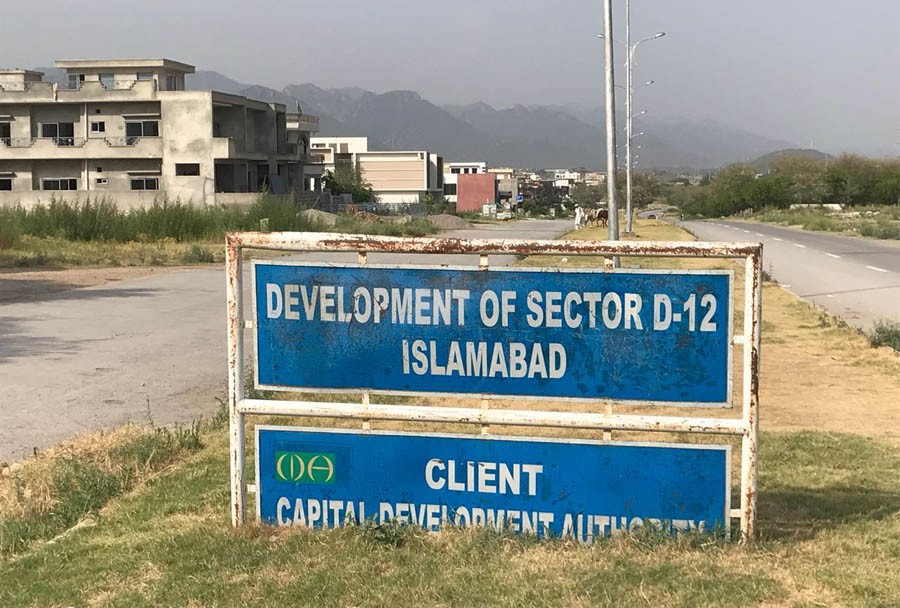 Muhammad Imran, 32, is not ready to do it again. Back in 1987, the Capital Development Authority (CDA) entered into an agreement with his father, like hundreds of other villagers, to vacate their house and land for Rs20,000 per kanal as a residential sector was to be developed on their land. A landlord then, his father did not take care of what he thought was a small piece of land.

Islamabad was then expanding thick and fast, as was logical for a new capital of a promising country. At the same pace, the villages kept vanishing. A new population of mighty and powerful bureaucrats, politicians, and others from across the country replaced the villagers. They were pushed to slums at the edges of the city, and came to be known as ‘affectees’.

Imran’s village Mauza Sri Sarral -- a historic landscape with a legend - is located in the foothills of picturesque Margalla. Clean water, clean air and green hills are traits of this area. It is close to historic caves of Shah Allah Ditta where Buddha used to meditate. Diplomats from Japan, Korea and other countries frequent these caves.

Life, however, became tough for people when new residents of the capital set sight on this Mauza. Heavy budgets and a lot of file work went into developing this residential sector -- D-12. The villagers resisted, police were called, shots were fired and two villagers got killed in 2002. With those two also died the resistance put up by the villagers. Making and breaking promises became a method. Ultimately, the area was vacated, Sector D-12 developed, but since the Mauza was larger than the Sector, parts of it still remain. Some people of the Mauza were granted plots in Sector D-12 while others were compensated in Sectors I-14, I-15, I-16 and I-12.

This marked the beginning of an unending struggle by the villagers to find shelter in Islamabad. The landscape of these sectors is not as beautiful as Sri Sarral. I-14, the main sector for the displaced people, was once a landfill, parts of I-12 are still used as a landfill, and I-15 is yet to be acquired. For over 20 years, these sectors have lacked basic amenities of life; water, power, gas, parks, and proper roads.

The villagers have for quite valid reasons lost faith in further dealings with the CDA.

CDA spokesman Malik Saleem says landfills are not permanent. "Once there were trees in sector G-6. Now there are government offices and houses. Landfill in I-14 has been done away with. So the area is fit for living. Further, funds are allocated for development of these sectors every year in the budget."

He, however, failed to explain how sector D-12 has developed fully and the old sectors dedicated to displaced populations still look haunted.

Heavy budgets and a lot of file work went into developing this residential sector -- D-12. The villagers resisted, police were called, shots were fired and two villagers got killed in 2002. With those two also died the resistance put up by the villagers.

Syed Zeeshan Kazmi, former MD of the country’s top-notch housing society, who specialises in town planning and budget distribution, says that the CDA is systematically submitting to property builders at the cost of its legitimate residents. "Rs40.5 billion CDA budget was presented on May 31. Ideally, this bumper budget should address the long-simmering issues of the stalled sectors but it is not doing that. The CDA set aside Rs7 billion for Islamabad Expressway from Airport Chowk to Rawat."

He adds that after completion of the project, prices of property will skyrocket "which means big bucks for property tycoons and big holes in pockets of the poor. A new master plan is being made to further appease the property mafia".

CDA member Planning, Asad Kiyani, one of the most clear-headed officers in the authority, says some of these perceptions are misplaced. "True, development work in some of these sectors has stalled. But we are working on it. In this budget, funds have been set aside for Sector I-15. We are serious about its development," he says continuing that National Highway Authority (NHA) was to build linkages of Sectors I-14, I-15 and I-16 with Kashmir Highway "but they did not".

He adds, "It was part of the plan when Ring Road was built in 1997. Now they are designing links."

The new master plan, he says, "is a misconceived term used by the media. Basically, any master plan needs to be revised after 20 years. Unfortunately, Islamabad master plan has not been revised in over 20 years. We will revise the master plan to accommodate current needs of the city in a holistic manner."

Kiyani further says that for Islamabad Expressway, funds were set aside from PSDP, "so the CDA is not feeling strained. An interchange will also be built at PWD Chowk catering to needs of a large portion of population".

He hopes for a future where the displaced persons will be given a due share. "Revision in the master plan will address needs of transportation and residence for 20 years to come."

But Malik Jamshed, who is building a new house in Mauza Sri Sarral, is says, "I am not constructing this house for the CDA to demolish. I will live in it -- on my ancestral land," he tells TNS.

Over 100 villagers have gathered in his house to meet the media. Young and old, all have complaints against the CDA. They are 4,000 voters to reckon with. They accuse their local and national representatives to be part of a big property mafia.

Malik Jamshed says if the CDA wants to build a hospital or a community centre or any other non-profit venture, he and others are ready to give their land. "But the CDA is doing property business. They will get our land for nothing and then sell it for tens of millions of rupees per kanal."

Explaining the CDA position, Deputy Commissioner Qazi Suhaib says, "I know one thing, this land has been acquired through ‘award’ (agreement) with their consent. If they refuse to vacate the area law will then take its course."

CDA Spokesperson Malik Saleem, usually less direct and pointed in his comments, made it says: "For every four kanals of land, they will get one kanal once the sector is developed." Asked if consent of the villagers was sought at the time of designing the formula for land acquisition, Malik says, "CDA has formed the formula, for which it is authorised."

Killing people at the time of acquisition of land is nothing new in Islamabad. Those gathered at Malik Jamshaid’s under-construction house recall the 2002 killings.

After giving land to CDA in two sectors, Muhammad Imran got nothing -- as sector I-14 was never made livable. He now works as an electrician in a shabby shop in front of the grand houses built on his land in Sector D-12.

Mauza Sri Sarral is no more to most of the villagers. It’s legend is dead. To them Sri Sarral will be Sectors D-12, D-13 and E-12, with grand mansions and where imported vehicles will be parked. The price at which it was procured and a population that resisted giving it up is history.

Imran is unsure if future dwellers of the sector will remember Mauza once existed.

A deal for the sector