What do they know?

Quackery is patronised out of free will, and qualified doctors, lawyers, engineers, and dentists are labelled as thugs 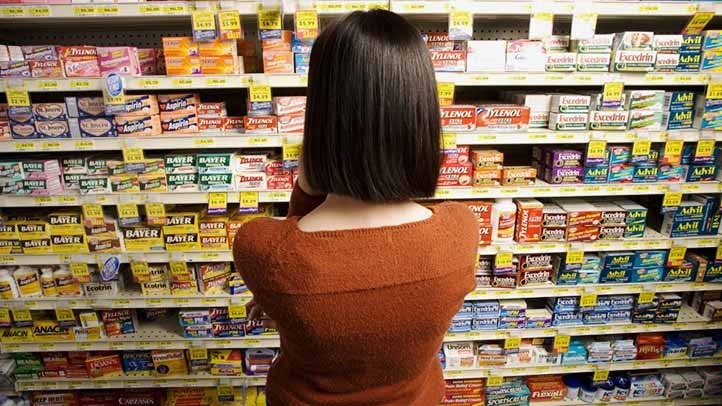 Do we really trust any ‘experts’? At the first mention of the word there is one common reaction of the know-it-all Pakistanis: "What does he know that my WhatsApp/Facebook friends don’t?"

It’s hard to get authentic information -- despite this being the ‘age of information.’ Let me remind you that even a certain president of a certain country is having a tough time dealing with fake news. Now everyone thinks that the best sources of information today are Facebook and WhatsApp groups. Besides sharing information you can also do your dirty laundry here -- an additional perk, I’d say. Haters are gonna hate anyway.

Every 200-pounder (including myself) wants to lose ¾ of his/her weight and then post selfies of their little victories. There are literally hundreds of groups on Facebook and WhatsApp that take on the weight issues. Nobody cares about science -- fame is the game here if a certain celebrity says Diet X works, every forty-something stocks up on it. There are no caveats for diabetics, people with orthopedic issues or metabolic disorders. No mention is made of the gruelling exercise regime that went before it -- not to mention the whole team of nutritionists, gym instructors, and doctors that supervised the whole process.

And people follow this half-baked, non-scientific advice blindly; as blindly as they follow their leaders. It seems logic is lost to this nation.

Quackery is patronised out of free will, and qualified doctors, lawyers, engineers, and dentists are labelled as thugs. No, I am not criticising the illiterate ones amongst us, but there are university educated professionals going to a ‘dental technician,’ knowingly, to get their tooth extracted -- if they are lucky, no major harm would come to them besides perhaps a little extra pain, but there is a certain degree of certainty that they would get infected with anything from Hepatatis to Aids if they aren’t so lucky. (In the eyes of the law, dental technicians can only assist real dentists with their work in the clinics.)

Similarly, the court of first instance is where all cases take root. The position taken at the civil/trial court cannot be changed till the Supreme Court. People routinely file suits through touts and inexperienced lawyers to save fees but get their cases ruined by them in the process. The lengthy and complicated procedural laws ensure that even the adverse judgment is passed many years after the initial erroneous position was taken at the time of filing the suit. There are usually three appeals for almost all types of cases. Add similar mistakes at all these levels and you have a perfect recipe for a defunct system not only from the viewpoint of the courts and legal system but also from the lawyer-client relationship perspective.

There are university educated professionals going to a ‘dental technician’; if they are lucky, no major harm would come to them, but there is a danger that they would get infected with anything from Hepatatis to Aids.

Then there is our tendency of ‘Google it’ for answers. Whereas this all-knowing, genius search engine is right most of the times, it cannot substitute a real expert in the field. You may find out by googling your symptoms that you have a kidney problem but it’s impossible to be properly treated without going to a doctor/hospital.

Some people do go to the doctor/hospital but in the middle of the treatment they pull out and start on another sort of medication (alternative), simply because an old lady in neighbourhood got a lot better after taking that ‘medicine.’

It’s ok to switch medicines if you have sound science backing it -- and yet we routinely second-guess our medicines and play with our lives knowingly.

On a slightly different note, it seems we are all fixated with the new ‘in thing’ that everyone follows blindly. If a certain Ponzi scheme is going on then despite repeated warnings by authorities people will still try to double their hard-earned money in a matter of days. You should only get admission to the new "in" programme. The whole getting "own money" or premiums on new cars was neither considered illegal or immoral by the whole nation for several years -- that, ladies and gentlemen, is the power of "in" in this country.

I wish scientific reason becomes ‘in.’ Let critical thinking become ‘in.’ If not then we are never getting ‘out’ of the personal and collective mess that we are in.

What do they know?