For want of water

Active contribution of individual citizens as well as government institutions is required to pass on fresh, underground water to future generations 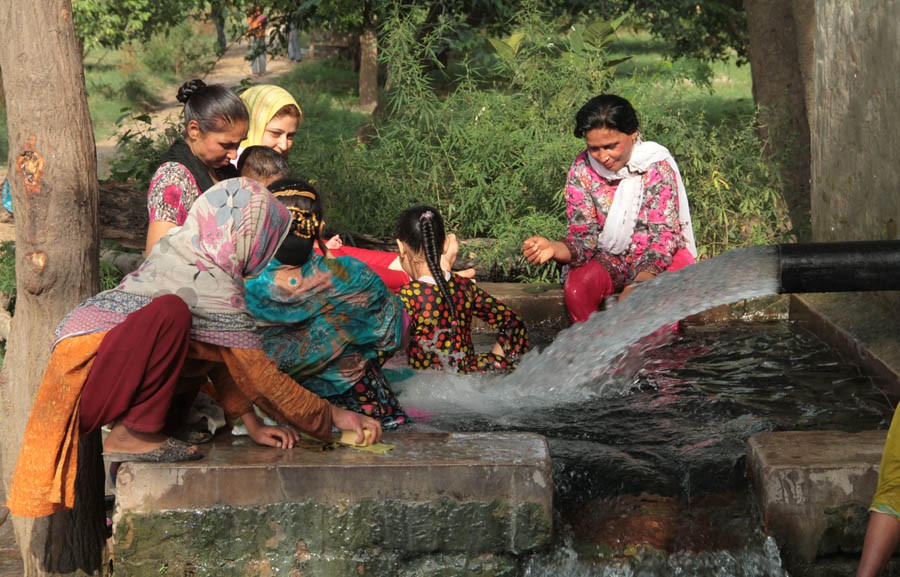 If, as they say, the groundwater supply to the provincial capital cannot support the drinking water needs of its rapidly growing population, over the next decade or so, this is the time to think of alternative sources. Otherwise, it’ll be too late.

Also, conservation of the natural resource should be explored and cultivated on emergency basis.

Active contribution of every member of the society as well as government institutions is required to pass on a well preserved, fresh, underground water reserve to the future generations. Public awareness should be raised regarding water conservation at the basic home level, and people should be told ways to smartly use fresh, drinking water.

According to experts, adding more pumping stations to cater to the growing demand would only worsen the problem as it will cause the already receding water table to fall further. According to a recent study conducted in this regard, the average water table level in the city is somewhere between 200 to 500 metres which has led to two major challenges: first, it makes the water pumping operation far more expensive with every additional metre added to the drilling depth; secondly, further depletion of the aquifer resource for the city without any reasonable mechanism to enhance the recharging of the aquifer.

"Wasa is actively working on water conservation and various projects are under way," says Zahid Aziz, Managing Director, Wasa, while talking to TNS. "We are aware of the gravity of the situation regarding the depleting ground water, and working on devising a mechanism that shall serve to meet most of these important challenges."

According to Dr Muhammad Shafiq, who is an expert on groundwater and hydrology, "The need for an alternative resource of clean drinking water for Lahore is not just crucial, but emergent. As majority of this rapidly populating city is unplanned, the groundwater supply is proving to be insufficient."

There is around three to four million acre feet water that skips to Pakistan from India into the river Ravi and is significantly less polluted to the extent that it can be stored and treated for drinking. As Dr Shafiq notes, there is an urgent need to build a mechanism to replenish the Lahore aquifer because due to virtually all canals being lined and even agriculture land being laser-levelled, there is no source for the aquifer to replenish.

Wasa is also said to implement the Supervisory Control and Data Acquisition (SCADA) System which shall enable remote monitoring and management of all its disposal and pumping stations from a state-of-the-art Command and Control Centre (C&C) that would help in efficient resource utilisation.

Aziz says the new system shall be able to monitor water levels in wet wells. Based on the water level in a wet well, different water pumps can automatically be turned on and off. "This smart tech shall not only make the operations energy-efficient but also help to monitor and manage water table and pumping operation in view of the wet-well information and the consequent adjustments."

Aziz also talks about a "live tracking system" that Wasa shall be installing at all important pond points in Lahore; "this shall automatically report accumulation of rainwater with depth measurements, which will prompt appropriate action for effective troubleshooting especially in monsoon."

Every time it rains or water through other sources begins to accumulate on the roads, live reporting of the water depths shall be made. This will not only help the management to take prompt action on these pond points, but also optimally utilise their human resources, which were stationed in these area before, in order to report the water level.

Civic experts say the citizens should adopt water conservation measures at their homes/offices to minimise use of fresh water. They are advised to stop flushing small items like cigarette buds, facial tissues, or other tiny bits of trash, as each flushing consumes 4 to 5 gallons.

There is no need to keep the water running while you are busy brushing your teeth, for instance. Things like these can save a lot of water.

Periodic checks and maintenance of home/office water pipes is a must as a small drip can waste gallons of water a day. Experts also recommend recycling of waste water. They say that washing of cars, car porches, sideways etc with fresh water should also be prohibited.

The fast depleting underground water aquifer of provincial capital needs to be preserved at all costs, and active water conservation campaigns should be initiated. Otherwise Lahore may turn into a water starved city in a not-so-distant future.

For want of water