Some Pakistani generals, as individuals, have moulded the institutionalisation of extra-missionary approach of the military 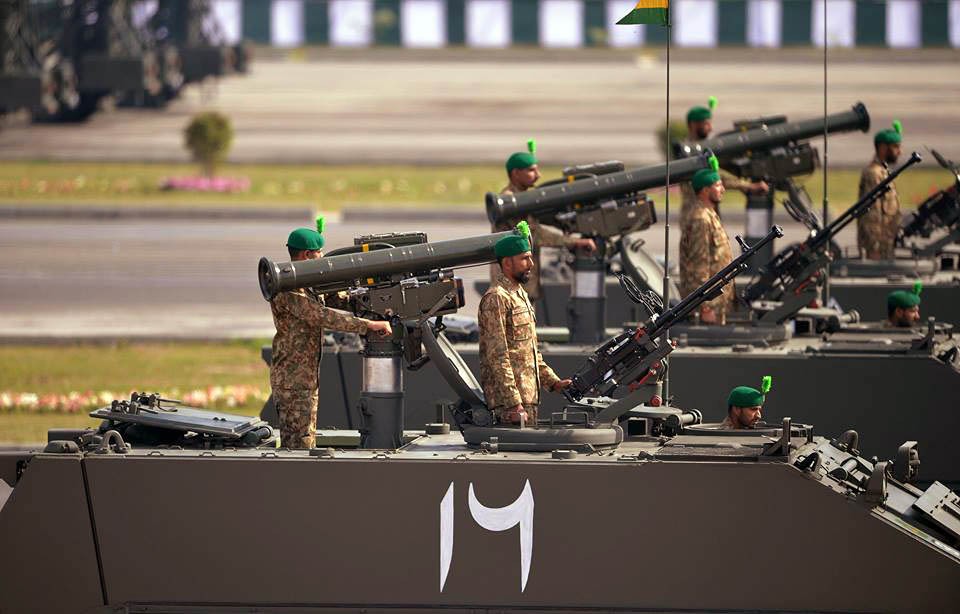 Militaries, as intrinsic part of their respective governments, have the professional mission and mandate to physically protect their countries. This is best practice. Some militaries develop additional interests -- such as in politics and business -- which is beyond their official remit. This is considered anathema to modern statecraft in the new millennium. Pakistan finds itself bracketed in a group of very few countries that have operated military regimes this century with deep political and business interests.

Even the Pakistani military, as an institution, has stopped outrightly refuting their investment in a political role -- indeed four army chiefs have imposed and presided over lengthy martial regimes and the armed forces chiefs and their spokesmen, even when not part of military governments, often dilate on issues that are elsewhere considered firmly in the foreign policy or parliamentary domains. Regular media headlines, and official tweets, testify to this.

The question is, thus, not whether the army is interested in controlling Pakistan’s political policies and fate. Indeed, the army’s interest in politics is heavily institutionalised. A long list of books, penned over the decades by reminiscent retired generals and even intelligence chiefs, amply articulate this fact. The real question is how this interest and investment in politics and business originated and came to be institutionalised. Some military chiefs, as history bears testimony, were, as individuals, more instrumental than others in entrenching this process.

In terms of its evolution as a state, Pakistan has had an abnormal political life. Its seven-decade political governance trajectory has been steered by unaccountable bureaucrats (1947-51), by generals self-appointed to power (1951-71, 1977-88 and 1999-2008) and by elected politicians (1972-77, 1988-99 and 2008-18). Like with some politicians and judges who, as individuals, deeply impacted their institutional bases more than others, some Pakistani generals, as individuals, have also moulded the institutionalisation of extra-missionary approach of the military.

Consider. There have been two distinct Pakistans -- one that had two wings, East and West, from 1947 to 1971 and the second from 1972 to date, 2018. Both these Pakistani avatars have had one thing in common: strong, often brutal, military rule. In the first Pakistan avatar there was never an elected democratic government. In the second, there have been popularly elected governments but mostly unable to resist pressures to hem them operationally. Both Pakistani avatars had two army chiefs running military governments each -- Gen Ayub Khan and Gen Yahya Khan in the first and Gen Ziaul Haq and General Pervez Musharraf in the second.

These four generals had a different impact on their parent institution. Generals Ayub and Yahya had strong individualist streaks that influenced the military into building an institutional capacity in political administration and management.

Ayub was appointed army chief in 1951 by Liaquat Ali Khan. He held additional portfolios of the defence and home ministers. It was in his ‘civilian’ role that he helped oust Prime Minister Feroze Khan Noon. As ‘defence minister’ he engineered a revolt within the cabinet against Noon and as ‘army chief’ used a ‘martial law framework’ to provide legal cover to the change in political leadership -- thus authoring the prototype of all future martial law proclamations -- and helped appoint Iskander Mirza as new head of government.

But within two weeks, seeing how easy it had been for him to stage a political coup, Ayub staged a formal military coup, removed Mirza and became president himself. He now had four hats -- army chief, defence minister, interior minister and president! The military, as an institution, did not plan this for him. A decade later, Yahya did an Ayub on Ayub and sidelined him to himself become another uniformed president. Again, it was not the military that forced one general to oust another, but basically an individual act. Hence, Ayub and Yahya were not essentially forced into becoming putschists by the military but, as individuals, used and helped the military share their vision of a parallel institutionalised political force, thus helping both themselves and the military.

On the contrary, in the case of Generals Zia and Musharraf, they were more influenced into political leadership interventions by their institution rather than essentially personal initiatives. It is no coincidence that the putsch staged each by Zia and Musharraf came in response to the political muscle asserted by the strongest two elected governments Pakistan has seen -- the first administration of Zulfikar Ali Bhutto and the second of Nawaz Sharif.

In the case of Bhutto, the playbook of civil-military relationship management was still a work in progress at that time. Brewing institutional resentment within the khaki ranks against a prime minister seen as arrogantly dismissive of military concerns boiled over into a coup with Zia in the saddle.

In the case of Sharif, the military’s institutional response forcing Musharraf into staging yet another martial law was an outright refusal by the prime minister to abide by the playbook that was by then firmly put into place for the post-Zia political era in Islamabad by Rawalpindi, based on its unhappy experience with Benazir Bhutto.

Basic statistics relating to the military’s political interests also narrate an interesting story. Pakistan has so far had a total of 17 chiefs of the army, including Gen Ziauddin Butt whose appointment by Sharif lasted just three hours and was annulled by the incoming self-appointed chief Musharraf.

Between 1947 and 1972 the head of Pakistan army was officially called the ‘commander-in-chief’ (C-in-C). There were six C-in-Cs -- five for united Pakistan comprising East Pakistan and West Pakistan, and one for the current-day Pakistan after the former seceded to become independent Bangladesh.

Of these, the first two -- Gen Frank Messervy and Gen Douglas Gracey -- were non-natives. The other four were Gen Ayub, Gen Musa Khan, Gen Yahya and Lt Gen Gul Hasan. Gul was the only three-star general to head the army. Of these six, the first two were appointed by the British Army Council. The next four chiefs were selected and appointed by the army itself, not any elected civilian leadership.

Tellingly, in the post-Zia Pakistan, when the military came to assert itself institutionally in the political domain, and much more freely so, no army chief has ever had a comfortable working relationship with any elected government. Of the last four army chiefs, Musharraf and Kiyani (who remained in charge for a duration longer than their five predecessors put together), even though with vastly differing styles, were aggressively politically assertive throughout. But the last two -- Raheel and Bajwa -- started out low-key but have since come to embrace the same aggressive public postures standardised institutionally.

Additionally, the public relations machine of the military has in this millennium become much more robust and aggressively assertive in maintaining a constant organisational public image. This indicates further that the military now has a much greater institutional sway in avowing its mission of sustaining its intended influence of the country’s political future than its individual chiefs of the last century.

Article 244 of the Pakistan’s Constitution mandates all individuals of the armed forces into taking the following oath: "I, ____________, do solemnly swear that I will bear true faith and allegiance to Pakistan and uphold the Constitution of the Islamic Republic of Pakistan which embodies the will of the people; that I will not engage myself in any political activities whatsoever and that I will honestly and faithfully serve Pakistan in the Pakistan Army (or Navy or Air Force) as required by and under the law."

It’s hard to think individuals can contravene this oath. Institutions, on the other hand, do not take oaths and have the freedom to choose.