The colourful Pir of Sindh 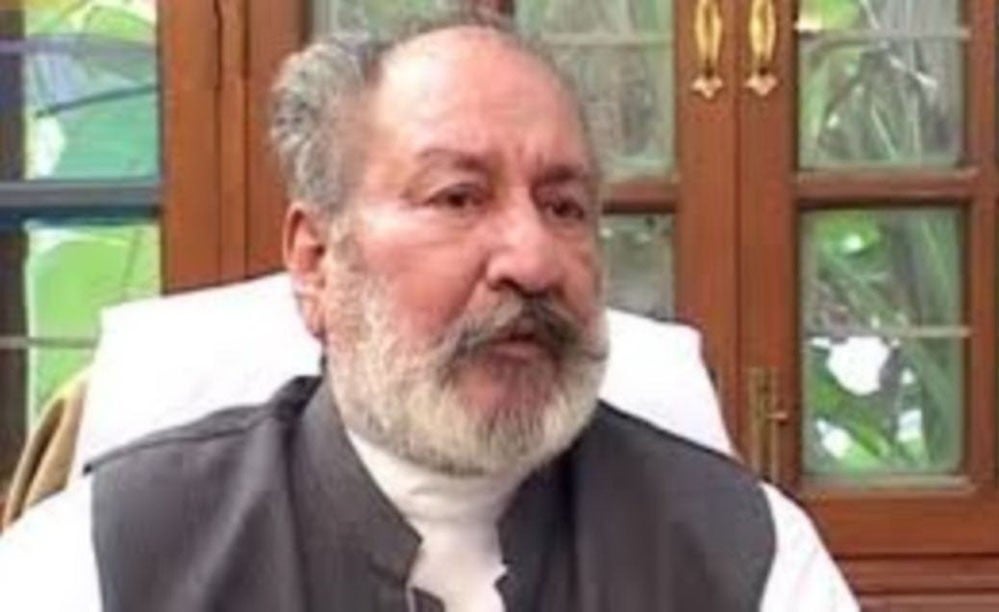 People come and go. Similarly, politicians shine and decline. It is rare that a politician leaves a lasting impression as did Pir Sahib Pagaro Sharif. His off-the-cuff remarks would tickle people’s funny bones and break the political boredom even during the martial law of General Zia-ul-Haq. So, his colourful presence is missed now. Pir Sahib was distinct in his attire, conversation and character. He designed his own clothes and set the trend for shirt with hidden buttons. Pir Sahib would always wear a gold necklace like mythological males and an expensive diamond watch.

Meeting the maverick Pir was quite an experience. When I was to interview him for the first time in 1980s, a senior colleague of mine cautioned me to raise brainy questions or else Pir Sahib would send me out of his office. He also asked me to prepare a set of at least 100 questions because Pir Pagaro was too sharp and fast in answering. Pir Pagaro found my questions interesting and silenced my senior colleague when he tried to interject in our conversation. This interview for daily Jang became quite controversial and for a week it was discussed on national media.

My first meeting with Pir Pagaro was held much earlier. I was being targeted by General Zia for publishing a news item about his brother-in-law Dr Basharat Elahi’s written-off loans. I was transferred from Lahore where I was serving as a college lecturer to the last station of the Punjab province, Taunsa Sharif. My friend Azhar Suhail took me to Pir of Pagaro’s residence in Lahore and narrated the whole story to him. Pir Sahib talked to General Zia for me but the revengeful general did not oblige. It was through Mir Khalil-ur-Rahman, the founder of Jang Group of Newspapers, that my transfer was cancelled after General Zia’s death in a plane crash.

My mentor Nawabzada Nasrullah Khan enjoyed the jolly and meaningful company of Pir Pagaro. They would throw lunch or dinner parties for each other and enjoy the tasteful local food and fruit. As a reporter I found their gossip very educative. It provided deep insight into Pakistani politics and its intricacies.

Pir Sahib was blunt and would answer every question. When asked about the towering Quaid-e-Azam, he would say, "Jinnah was our lawyer, so how could he be a leader." Talk about powerful Z.A. Bhutto and he would tear him down. Discuss dictator Zia and he will term his regime as a Tom and Jerry game thus calling Zia a cat who is hunting down the mice of the political world.

Pir Pagaro led life in his own style. He was humble and would always pick the phone himself. He was fond of horseracing. He openly opposed the ban on horseracing imposed by General Zia. Pagaro family’s horses have won many derbies. Astrology was another of his favourite pastime and he would keep tracking the movement of stars. Analysing politics of the day through the movement of stars was his daily routine.

This Pir was distinct in his family life as well. He would openly say that he was afraid of his wife and would jokingly say, "I hide myself under the table when Begum sahib comes". But all this pretension of fear was thrown away when he divorced his wife and the mother of his grown-up and married children by a single stroke of pen and married again. I still remember that on reading this news even the Nawabzada was shocked.

Pir of Pagaro, Mardan Ali Shah, had been under the guardianship of the British who hanged his father (commonly remembered as Soriya or the Sun, by his Hur followers). His father had led a bloody Hur revolt against the rulers. The British took over Mardan Shah and his younger brother Sikandar Shah and sent them to UK for study. The two brothers were brought back in the 1950s and their spiritual seat which had been annulled after the revolt was officially restored. It is said that the elder Pir of Pagaro was hanged on the testimony of a witness from the Soomro family. True to his blood, Pir Sahib never forgave them and opposed Elahi Bakhsh Soomro tooth and nail and effectively got his name dropped from the premiership of Pakistan. The Bugti tribe aided the British in their fight against Hurs. Pir Sahib never had friendly relations with Bugti Sardars because of their siding with British.

I vividly remember the chitchat of Pakistan’s political giants whenever they gathered for some political events. I am quite nostalgic about the memories of great Benazir Bhutto and her older political friends and foes like the Pir of Pagaro, Wali Khan, Nawabzada Nasrullah Khan, Nawab Akbar Bugti and Ghulam Mustafa Jatoi. Gone are the days of tolerance, mutual respect and positive criticism. In the current times of indecent political firing of words, this writer fondly remembers Pir of Pagaro’s decent yet penetrating criticism of his political enemies. Also unforgettable is Pir Sahib’s rival Elahi Bakhsh Soomro attending his funeral in 2012.

The colourful Pir of Sindh