A selection from all his previous books and some new poems, this volume captures the essence of Irfan Malik’s poetic acumen 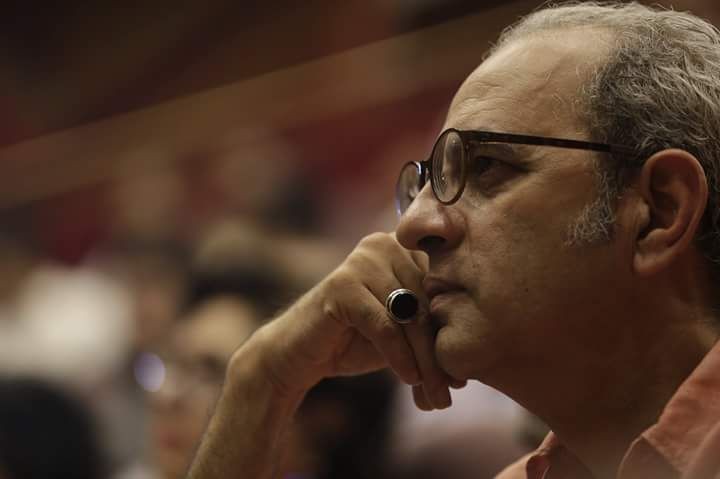 Irfan Malik comes to my class with his latest book Chhanday agay Kayser (Poetry for Saffron Flowers) and starts narrating the events that led to his exile to Sweden. He is of that generation of poets and writers who were targeted by the oppressive regime of Ziaul Haq. The story makes the students feel lucky that they did not have to see those years of ignominy.

Then he begins to recite his poems. All the young boys and girls are thinking about their desires and loves. He reads "kadday aa / hath meray / raat hunairay" ("If I could lay / my hands on you / in the darkness of a night, / we both would extinguish our egos / and light up our eyes."). Then he moves to a treacherous territory. He recites a poem about menarche and his daughter. The silence seems more serious now. He decides to use this sombre mood to his advantage and recites another poem about all the different times he left his mother: "the first time I left my mother was when I came out of her body".

He owns the lecture hall now, despite the onset of a stammer. I am just a bystander. He is teaching the young to respect their feelings and desires and illustrates how different political regimes try to control what makes human beings happy. At the end of the class, he hands the book to me and says "Here is a selection from all of my previous books and some new poems".

While assessing Malik’s work, it is difficult to separate the personal from the artistic. He has demonstrated a rare commitment to his political ideals and faced the wrath of an oppressive regime and has survived exile. He had to do menial work in the early years of his stay in Sweden. There was no time, he says, for composing long stories. He switched from fiction to poetry because poems would come to him in moments of inspiration and did not require long leisurely hours. He wrote in Punjabi and Swedish. Occasionally he would translate fiction from Swedish into Urdu and Punjabi. But, for his own expression, poetry was the primary mode. Experimental, postmodern, non-linear, pithy, and self-reflexive are all apt descriptors for his poetic compositions.

The feeling this reviewer has is that Punjabi is a lucky language if Malik keeps on producing such refreshing work.

But, Malik, being a socially committed poet, has deep views on language and wordlessness. He thinks Iqbal broke away from the great tradition of Punjabi Sufi poetry by choosing to write his poetry in Urdu and Persian. This, for him, was the result of the privilege assigned to Urdu by the British colonial administrators of the subcontinent. Urdu, he argues, has been enriched at the cost of Punjabi by two Punjabi poets from Sialkot, Iqbal and Faiz. That is how colonialism changes cultural priorities.

While assessing Irfan Malik’s work, it is difficult to separate the personal from the artistic. He has demonstrated a rare commitment to his political ideals.

This type of deep philosophical and political commitment to artistic and lingual matters shows through in all the poems in this volume. Sometimes, while reading his poems, a reader wonders whether Malik is speaking to his language or his beloved: "Jay mein jeenda hondah taythoon vakh kadhi na hondah" ("If I had been truly alive, I would never have been separated from you").

In addition to such musings on the politics of cultural belonging, Malik has written numerous poems on words and the relationship between the signifier and the signified. A poem titled ‘Bhasha/Boli’ (Language) tells us "We have letters and words but not a language … Our forefathers have left us nothing but shame … Now our daughters will get no language from us though we have letters and words".

Despite being a representative and comprehensive selection from all the previously published poetry books by Malik, this book has left out some interesting experiments that were to be found in his previous books. This review would have liked to see the poem titled ‘Kun’ (Let there be a world) which had three blank pages and two pages of only punctuation marks.

There is another poem that should have been included in this volume because of its sheer innovative and challenging power. The whole poem is written in Shahmukhi script but the sentences are English. The poem inverses for the reader the experience of reading Roman Urdu. You read out the Punjabi poem but you speak English. Other than these omissions, this volume captures the essence of Irfan Malik’s poetic acumen by including all the significant cerebral, moody, political and romantic poetry in one volume.