Desserts to drool over 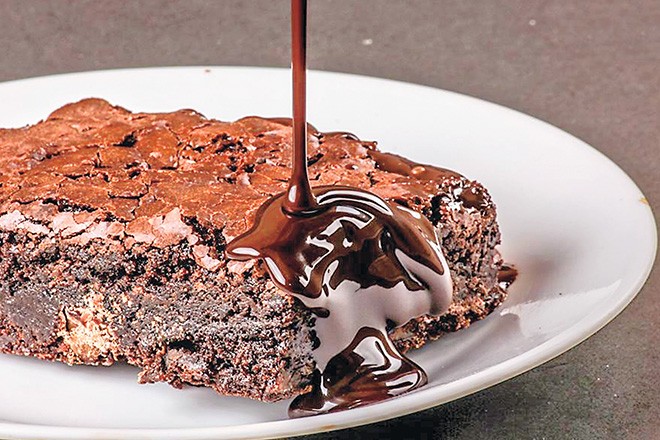 For the past decade or so, Islamabad’s oldest and most delicious grab and go dessert place has been Hotspot. However, things are changing for the bored and the beautiful and now we have some out-of-the-world desserts at other eateries, like all the goodies at Burning Brownie, the red velvet cupcakes at Funky Bake (that could literally give Georgetown cupcakes and Hummingbird a run for their money), the Hit Me Chocolate Cake at Street 1 and Tuscany Courtyard’s warm bread and butter pudding among many others. Interestingly, it’s not just restaurants and cafes that serve desserts that make you feel like a kid all over again. There are quite a few home-based eateries that do drool worthy desserts too.

Instep does a round up of the top desserts that you can order in from home based bakeries and enjoy on a night in at home.

Lemon Raspberry Cake from Mint To Be!

When it comes to satisfying the sweet tooth, all hail the queen of cupcakes, cakes and all things sweet - Tania Ahmad of Mint To Be. Tania is a home-based cake connoisseur who operates by the name of Mint To Be. A graduate of Le Cordon Bleu, Tania has been baking in the capital since years. She does limited orders and ensures to put her heart and soul in everything that comes out of her kitchen. While her traditional chocolate fudge and red velvet flavours are delicious, the rather unique and interesting lemon raspberry cake is one of her top picks! This cake has a zingy lemon cake layered with fresh raspberry cream cheese and comes with a 20 ml shot of plain cold milk to down the sweetness. Slices of this cake are up for grabs on the weekends and its best to check Mint To Be’s Instagram page for updates.

If you are looking for the best banana bread in the world, look no further. The Banana Bread at Cocoa Palette is by far the best tasting banana bread ever. It seems like the folks at Cocoa Palette have gotten their hands on a secret recipe, which not only has the right amount of banana flavour but is also moist, nutty and just pure delicious. Cocoa Palette also serves some delicious brownies and cheesecakes but what is the fun in the usual desserts when you can order a full banana bread loaf and enjoy it for days (if it lasts that long - which I highly doubt).

This is probably the moistest and richest chocolate cake in the Capital; it’ll melt in your mouth and leave you asking for more. The chocolate mousse cake, as the name suggests, has as many as ten layers of chocolate fudge cake and rich chocolate mousse, making it quite tall, enough to satisfy even the largest of appetites. The cake is available to order as a whole and even per slice. And at Rs. 350 per slice, one cannot really ask for anything more.

If there is one dessert that has become an overnight success in Islamabad - it is Pink Ivy’s Super Moist Chocolate Dessert. Pink Ivy is a home based bakery that had been operating in Islamabad for a few years but become popular when someone asked them to do a customised dessert - a moist chocolate dessert in an aluminium tray. The cake made the rounds of social media to the extent that a woman wrote a review saying she ordered the cake and went into labour but the first thing she asked for after delivering the baby was the cake! As hilarious and crazy as this may sound, there is indeed truth to the fact that this is undeniably a delicious dessert that one can get hooked to. The taste is just the right balance of chocolate, condensed milk and brownie and none of the ingredients overpower each other. One can tell the ingredients used are top notch and it shows in the taste. Priced at PKR 600, it is enough to serve two to three people (though they might end up fighting over it because of its deliciousness). This dessert is a steal!

The whacky nutella brownies by O brownies are the best brownies in the federal Capital of Pakistan. From packaging to the taste, O’ Brownies has won my heart and I don’t think I can go back to anything else now! They are exactly what you want a brownie to be… crusty on the top, ooey, gooey and over the top chocolate-y! Can’t say more, need to order another batch right away. Sigh.

Desserts to drool over