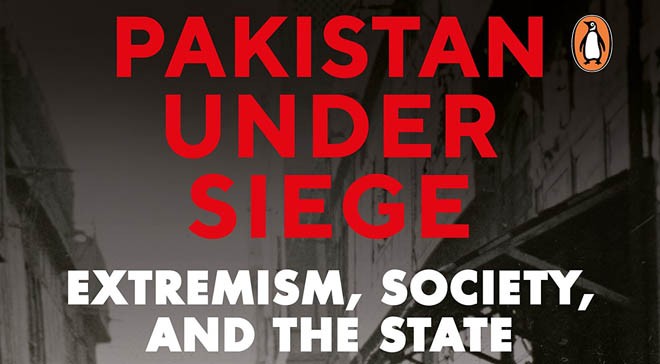 Two headlines from the newspapers of Friday 25, May 2018 tell a part of our story: "Historic building demolished, Ahmaddiya place of worship vandalised in Sialkot." The paper could not even call it an Ahmadiyya ‘mosque.’ This is a story about a group of people damaging a place of worship of the Ahmadiyya sect. Though the constitution and law protects places of worship of all religions/sects, the constitutional provisions have meant little as far as the Ahmadis are concerned. Over the years a significant percentage of the community has left Pakistan and sought refuge in other countries.

"More than 3,000 Hazaras killed since September 11, 2011." More than 90,000 have been displaced from their homes. A significant percentage of the displaced have been forced to migrate to other countries. Those who are in Pakistan live under very constrained circumstances: under heavy guard and behind high walls.

Pakistan is not in a happy place right now. But we have not reached this place by accident. Where we are today is linked, quite directly, with some of the goals, of national identity, that have been relentlessly pursued in Pakistan. But, Madiha Afzal argues, there is still time to think about the future and all is not totally lost.

Madiha establishes all of the above by doing detailed and painstaking work with data from many rounds of PEW Research Center surveys and supplements it, quite effectively, with qualitative work she herself did over the last many years.

The nation state has worked hard on forging a Pakistani identity that is based on an exclusionary reading of being a Muslim in South Asia. Beliefs, practices and modes of thinking that further this reading have been strengthened (one religion, one language, one culture) and those questioning the grand narrative have been suppressed, sometimes quite brutally. And this continues to happen.

Law, mass media and education have all been utilised in the service of this objective. Laws, from declaring Ahmadis as non-Muslims to introducing discriminatory and controversial blasphemy and hudood ordinances, have been used to entrench the dominant narrative. They have also, quite effectively, marginalised specific groups and suppressed the voice of minorities.

Mass media has been used, again quite effectively, to increase the voice of dominant groups and at the cost of alternative narratives. How many programmes on television feature Christians, Hindus, Ahmadis or people from other religions/sects? How many programmes highlight regional languages, regional cultures and the rich heritage embedded in the various regions that make up Pakistan? Very few, if there are any at all.

There are connections of the grand narrative with our history. The ‘two nation theory’ comes in at some level, the presence of India to our East plays a big role, the wars in Afghanistan had their contribution to make and international politics has had its impact too. But, it all gets a lot messier when we add victimhood narrative, conspiracy theories and a certain degree of paranoia. Is the West out to get us? Whether true or not, it is a part of the narrative in Pakistan.

A very important vehicle for transmitting and entrenching the dominant narrative has been education. Islamiyat and Pakistan Studies, as subjects, were made compulsory throughout the education system. This was considered a part of the effort to ensure that a) knowledge about Islam, its history and values, could be given to all students, and b) students would know how Pakistan came into existence. Both projects are directly linked to the national project of creating an Islamic national identity and are embedded in a long list of moves to achieve the said objective.

Attempts to pass on historical knowledge and cultural values to the young is very much a part and parcel of education and all countries/people do it, but there are good ways of doing it and not so good ways of doing it. Making the syllabus narrow, cherry-picking historical events, distorting history, focusing on certain aspects of teachings (jihad) at the cost of others and ignoring facts that do not fit the grand religious-nationalist narrative is a poor way of passing on knowledge of history or even the values we want our young to have. These limitations in our curriculum/books have been analysed and highlighted by a number of scholars and Madiha also gives many examples of this.

Though madrassa students are not a large percentage of enrolled students in Pakistan, the connections between madrassa education, lack of state scrutiny/regulation of madrassas, divergence of madrassa curricula from mainstream curricula, the concerns, real or perceived, about what kind of worldview madrassa education produces, all necessitate concerns about madrassas and their reforms.

Madiha raises these concerns through specific examples and though she cites examples of some madrassas that also give mainstream education, the majority of madrassas continue to produce students who do not have mainstream skills, and are subjected to an education that gives them very limited and blinkered worldviews.

This is a slim book but it raises topics that could have books written on them individually. And in some areas some work has already been done. Historians have talked about identity issues and the nexus with the state. Others have pointed out historical distortions in our books.

Curriculum experts have pointed out issues about narrow and specific renderings, selection and bias issues. There have been a few books on madrassas as well. Madiha brings a number of additional aspects to the debate. Her arguments are based on survey data or first hand qualitative work and these provide deeper support for her arguments.

She makes the connections between the identity narrative, the role of the state and education quite explicit. And she is able to provide a fairly nuanced reading of where we, as a polity and society, are today. This nuanced reading will be especially helpful to the non-Pakistani readers who might not have any significant prior knowledge about Pakistan. But Pakistani readers should also go through the book: when we live something, it is sometimes hard to have a nuanced perspective on lived experience.