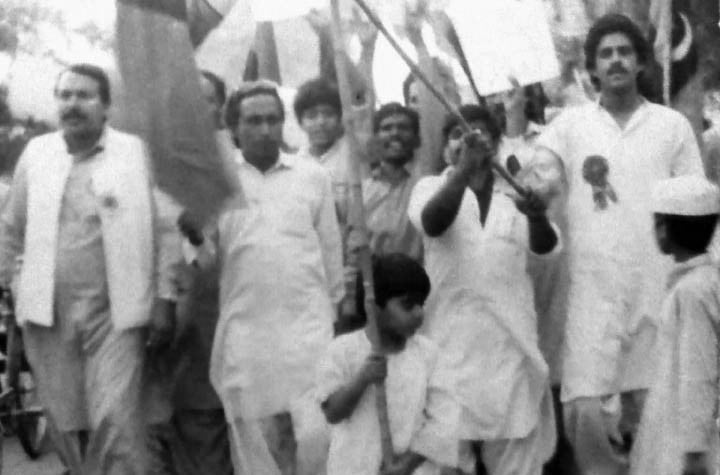 Pakistani politics in the 1980s, more specifically the partyless elections of 1985, were a bad patch on the political scene of Pakistan -- an effort by General Ziaul Haq to discredit political parties and to make them irrelevant.

After the referendum of 1984, the General announced elections to the national and provincial assemblies in February 1985. In January 1985, Ziaul Haq also announced other conditions for the elections, and amendments were made in the Political Parties Act of 1962.

These amendments were a bad omen for all political parties, including the Movement for the Restoration of Democracy (MRD), a coalition of eleven political parties formed in 1983, which boycotted the 1985 elections because their demands for party-based elections and restoration of the 1973 Constitution were rejected, a move later regretted by the political parties. The elections had a negative impact on the future democratic process in the country.

The successful boycott of the 1984 referendum had perhaps convinced the MRD to do the same in the 1985 elections. But, surprisingly for them, voters came to the polling station in large numbers -- the voter turnout for the National Assembly was reported 53.69 per cent while for provincial assemblies, it was 57.37 percent nationally.

"The political parties later regretted their decision of boycotting the 1985 election," says Dr Rasul Bukhsh Rais talking to TNS. "Party candidates, in fact, wanted to contest the polls. So, the number of those who contested the elections was far more than those who had contested in 1977," he adds. By taking part in the elections, the political leaders could perhaps create some political space for themselves under the given conditions.

The candidates that took part in the elections deliberately ignored national (or international) issues, only focusing on local problems and campaigned on ethnic, sectarian and tribal grounds. That resulted in reducing national politics to municipal level politics where MNAs and MPAs were expected to do development work at the local government level.

"Things like allocating funds to representatives elected on non-party basis amounted to political bribery to the MNAs and MPAs," says Dr Rais.

But that strategy of trivialising national politics by the General did not succeed completely. Even a prime minister who was a product of these elections was not easy to deal with for General Zia, "From day one Muhammad Khan Junejo acted as an elected and powerful prime minister. He took a number of critical decisions, such as restoring the political parties, signing the Geneva Peace Accord with the Afghan government, and inviting Benazir Bhutto to an All Parties Conference on Afghanistan in March 1988," says Dr Rais.

The newly elected National Assembly was to have legislative powers. In spite of the somewhat rebellious posturing of PM Junejo, it was this ‘elected’ Assembly that cast a very long shadow over the future politics of Pakistan by incorporating the controversial Eighth Amendment to the Constitution of Pakistan, which allowed the president to dissolve the National Assembly and elected governments. While the Nawaz Sharif government in 1997 got rid of this amendment by passing the Thirteenth Amendment to the Constitution, the parliament in 2003 under General Musharraf, passed the Seventeenth Amendment, which partially restored the president’s power to dissolve Parliament and thus remove the Prime Minister from office. During the PPP government in 2010, the passage of the 18th Amendment to the Constitution finally took this power away from the president.