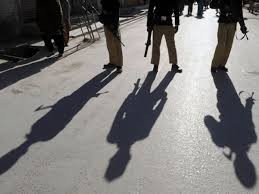 Last month, the Supreme Court issued instructions to the police not to arrest a person merely for having been nominated as an accused in a First Information Report (FIR). The arrest can be made once the police have sufficient evidence about the accused person’s involvement in a cognizable crime. The apex court was hearing a case about the abuse of FIR -- an important instrument in the criminal justice system of the country to haunt the accused and their family.

The decision has been welcomed by several human rights activists, lawyers, police officers, citizens etc who believe false or tactfully drafted FIRs have been used extensively to victimise opponents. There is a general perception about the police that it wrongly implicates people in FIRs and extracts money before declaring them innocent in the investigations that follow.

Historically, an FIR has been taken as a sacred document by the police which believes everything mentioned in it to be true till proved otherwise by the accused. The moment an FIR is registered, the police parties start raiding places where the accused can be found and drag them to the police station. There are endless complaints about mishandling of the accused’s families including female members and ransacking of their properties by the raiding parties.

No doubt, an FIR provides clue to the police on the basis of which it starts investigations into a case and therefore its importance cannot be denied. It is the misuse of FIR that has to be discouraged.

Going by the definition, an FIR is a written document prepared by the police when it receives information about the commission of a cognizable offence. It is a report of information that reaches the police first in point of time and generally a complaint lodged by the victim of a cognizable offence or by someone on his/her behalf. Under the law, anyone can report the commission of a cognizable offence either orally or in writing to the police. Even a telephonic message can be treated as an FIR. The police is bound to register an FIR without any delay and its non-registration is an offence and can be a ground for disciplinary action against the concerned police officer.

Sarmad Saeed, former Additional Inspector General of Police, Punjab, says, "The police should not only be blamed for these excesses because there are judges, magistrates and senior lawyers who grill policemen for not arresting the people nominated in FIRs." He says, "If the police do not detain an accused, he is accused of favouring that person or siding with opponents against some illegal gratification."

The drafting of FIR is a technique rather than art and it is a fact that many people pay handsomely to the person performing this task. Instead of visiting the scene of the crime and getting clue from there, the officers spend their energies on religiously following whatever is written in the FIR and verifying its contents.

Babar Ali who works with the Research and Police Reforms Group, Punjab Police, agrees that many a time FIRs are drafted tactfully to gain edge over the opponents and contain false allegations. For example, he says, "known witnesses other than those present at the site of a crime are mentioned in an FIR because the latter are likely to retract from their statement or not join investigations at all."

Ali says, "Influential people implicate their opponents in false FIRs to harass them through police and do not fear any punishment because making false accusations in an FIR is a non-cognizable crime." Section 182 of Pakistan Penal Code prescribes a maximum penalty of six months in prison or fine or both in case a person deliberately has a false case registered against some. The police cannot automatically register a case under this section and the court has to order police to proceed in such cases. "As people get exhausted and drained while proving their innocence, they avoid starting a new battle by getting a case registered against their opponents under this section," he adds.

The situation is almost the same in the whole country. That is why the National Police Bureau (NPB), headquartered in Islamabad, has repeatedly ordered all the provincial and regional police departments to adopt a modern and scientific approach in the registration of FIRs but avoid the arrest of accused without substantive and collaborative evidence.

"Legal experts define FIR as the earliest intimation of crime to the state agency, to set it in motion to undertake investigation. It does not mean that every word mentioned in it is true to the core," says Ayaz Hussain, a criminal law practitioner. He believes there is nothing wrong with the concept of FIR; it’s the way it is manipulated in an exploitative system that makes it problematic.

He points out that FIR can be used by corrupt police officials to harass people and get bribes from them. Explaining his point, he says, "The police investigators often ask complainants to name some suspects in the FIR or mention there were some unknown people accompanying the accused against their will. This gives them freedom to hound the named suspects or reach out to anybody on declared suspicion of their being the unknown people mentioned in the report."

"When there are so many interests involved, how can the court orders about FIR be implemented," he questions.