With a fragmented MQM, the ground is wide open for other political parties to step in and take charge of Karachi 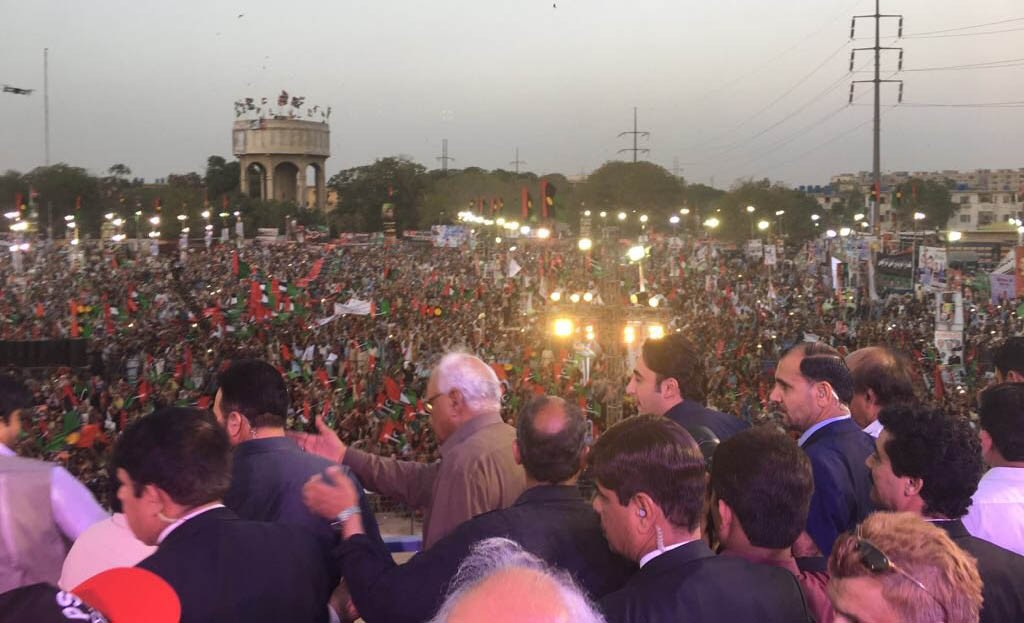 With the country due to go to polls on July 25, the political temperature in Karachi is slowly rising, as major political parties are gearing up for a political battle for 21 National Assembly and 44 Sindh Assembly.

The Pakistan People’s Party (PPP) and Pakistan Tehreek-e-Insaf (PTI) are trying to take advantage of the infighting within the Muttahida Qaumi Movement (MQM) over the past few years, and are vying for seats earlier held by the MQM.

Political actors have for long relied on ethnic divisions deeply entrenched in Karachi’s political landscape. This time, political analysts predict, after the Rangers’ operation and delimitation of constituencies of National Assembly and Sindh Assembly, all the ethnic groups will be represented through political parties in the city.

Candidates from all major political parties are presently busy submitting nomination forms before the Election Commission of Pakistan’s provincial office and offices of district Returning Officers. The real picture will be clear only after June 28, when the returning officers will publish the final list of candidates and allocate election symbols to them.

The PPP is working hard to win maximum seats in Karachi, especially in districts of Central and East by taking advantage of multiple rifts within the MQM, a powerful political force that has ruled the city since 1988. The PPP on April 29 managed to show strength by organising a rally in the neighbourhood of Liaquatabad, a heartland of mohajir politics, after almost 44 years. The PPP Chairperson Bilawal Bhutto Zardari is planning to contest polls from NA-246 (Lyari).

The party is making efforts to dispel the impression that it is focused only on the Sindhi and Baloch-dominated neighbourhoods, such as Malir and Lyari.

In 2013 general polls, the PPP won only one out of 20 National Assembly seats and three out of 42 provincial assembly seats from Karachi, mainly from Lyari and Malir.

But after a split in the MQM ranks, the PPP managed to snatch two Sindh Assembly seats from ethnically-diverse constituencies of Malir (PS-127) and Mehmoodabad (PS-114) in the by-polls.

This election, says a PPP Karachi leader, "We are hopeful to win at least eight National Assembly and 15 Provincial Assembly seats from Karachi, mainly from non-mohajir constituencies".

Since the September 2013 Rangers’ operation in Karachi, the MQM has faced a number of setbacks -- bulldozing of sector and unit offices, shutting down of the central headquarter, Nine Zero, disassociating with supremo Altaf Hussian and a split in the party ranks.

The MQM-Pakistan (MQM-P), a name the party adopted to distinguish itself from the London-based party, has been successful in stepping out of the shadow of Altaf Hussain, following his August 22, 2016 anti-state speech. The party has been battling on several fronts. On one hand, the Pakistan Sarzameen Party (PSP), led by Musatafa Kamal and Anis Kaimkhani, is draining the MQM-P of its parliamentarians and workers. On the other, a recent split within the MQM -- into Bahadurabad and PIB Colony factions -- has further divided the mohajir vote bank.

The MQM won 17 National Assembly and 35 Provincial Assembly seats in the 2013 general polls but this time it seems the mohajir vote will be divided among the various factions of the erstwhile MQM.

Although the MQM-London supremo Altaf Hussain has announced to boycott the general polls, the MQM-P (Bahadurabad faction) and the PSP are preparing for the July 25 contest full throttle. A tough fight is expected in mohajir-populated constituencies of Central, East and Korangi districts between the MQM-P and PSP.

Although the MQM grip over the city has loosened, the core mohajir vote bank is not likely to switch loyalty to any other party, especially not PPP, because of several reasons, including the resentments on the basis of ethnicity.

The success of the PTI was unexpected in Karachi in 2013. It emerged as the second largest party in the city in terms of votes and managed to win one National Assembly and three Provincial Assembly seats from Karachi. But it could not sustain its support base because of odd politics of the party’s central leadership, limiting the party only to the upper-middle class localities and Pashtun majority.

However, the PTI is expecting to benefit from the rift within the MQM. It’s showing brazenness by fielding Chief Imran Khan from NA-243 (Gulshan-e-Iqbal), a MQM traditional support base.

Religious parties have organised themselves under the umbrella of the Muttahida Majlis-e-Amal and are expected to capitalise on the turmoil in the MQM.

In 2002, the MMA managed to win five National Assembly seats and six Sindh Assembly seats from Karachi. Although the MMA leaders are hopeful the alliance will win more seats in the next general elections in the city than in 2002, the situation has changed since. The MMA victory at the national level back then was mainly because of the region’s geo-political significance following the US invasion of Afghanistan.

On ground in Karachi, the MMA might fail to woo the religious vote bank because the sectarian groups, such as Tehreek-e-Labaik Pakistan, Jamaat ud Dawa’s Milli Muslim League and banned Ahle Sunnat Wal Jamaat, are actively participating in the contest too.

The PML-N and ANP are fielding candidates in some of the Punjabi and Pashtun-dominated areas of Karachi. To give the PPP and the PTI a tough time, leaders from the PML-N and ANP are working to forge a joint electoral alliance with the MQM-P (Bahadurabad faction). In his recent visit to Karachi, PML-N’s central president Shahbaz Sharif met the groups’ leaders.