An ode to innocence

The young but precocious female protagonist voice is important for Shazaf Fatima Haider, as it frames the narrative of her most recent novel 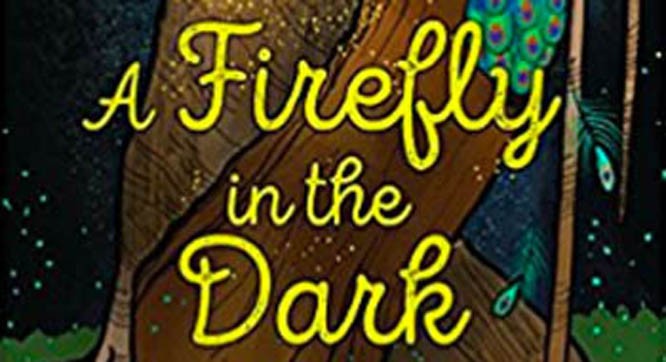 When Shazaf Fatima Haider’s debut novel, How It Happened, was published in 2013, it was a significant addition to contemporary Pakistani fiction. Here was a novel, written in English, that did not deal with crime or emigration or terrorism; it wasn’t trying to explain Pakistan to anyone. Instead, it was an Austen-style comedy of manners written for a decidedly Pakistani audience. While Haider used the story of the Bandian family to highlight the problems of sectarianism in the country, the novel was ultimately an airy but precise satire, light-hearted and jovial.

The protagonist of How It Happened was the fifteen-year-old Saleha, the youngest member of the Bandian family. All happenings in the novel, the arranged marriages and family intrigues, were filtered through her young mind. It is now clear that this voice -- that of the young but precocious female protagonist -- is an important one for Haider, as it also frames the narrative of her most recent novel, A Firefly in the Dark.

This second novel, released in April 2018, introduces us to Sharmeen, a 12-year-old whose father has recently been in a car accident, rendering him comatose. In these difficult times, Sharmeen and her mother move in with Sharmeen’s nani, a formidable woman who has a soft spot for her granddaughter and spends hours telling her stories of the supernatural, of Jinns and Janerees. For Sharmeen, these stories are a welcome distraction from her constantly worrying mother and a father who is barely holding on to life. And yet, things soon take a turn for the worse, and Sharmeen is forced to confront that there might be something sinister lurking around her, threatening her whole family.

Luckily, she has the help of her personal Jinn, the wisecracking Jugnu who reveals himself disguised as a firefly. In Jugnu, Sharmeen finds wisdom and knowledge that is hidden to her human self. She also finds a friend that she desperately needs; she is not close to anyone at school and dislikes her teachers. Her mother appears to be crumbling under the pressure, growing more and more dependent on the family’s live-in helper, Aziz. Together, Jugnu and Sharmeen set about to overthrow the menace that is growing insidiously within the walls of the old family house.

There were some passages in the novel that I felt myself absent-mindedly skimming through. The lengthy tales of supernatural creatures and densely narrated family histories reminded me of the Qabar Kay Aazab style chapbooks many of us grew up reading -- mythological, but in a banal kind of way. However, the reward for making it through these details is substantial. The delight is not as much in remembering the stories we were told, but in rediscovering the feelings that they evoked. I felt a wave of nostalgia as Sharmeen scanned her room at night for any untoward movement, the hints of a sinister presence. Who does not remember the childhood fear of a dark room at night? Sharmeen is at that tender age where she has gained enough rationality to not believe everything she hears, but is still young enough to believe in Jinn, in magic, in scary monsters in the dark. It is that state of mind, on the cusp of childhood and adolescence, that Haider beautifully captures in her novel.

At its heart, A Firefly in the Dark is a coming-of-age tale that shows our young protagonist experiencing immense personal tragedy and a loss of innocence. As we accompany Sharmeen in her journey through puberty, parental disagreements, and loneliness, she becomes more and more real to us. This is the story of a child who has had to grow up too fast. In the face of all her tribulations, she displays a kind of maturity, or perhaps it is the optimism of a child, that the adults around her seem to be losing.

There were moments in the novel that felt a bit naïve, some turns of phrase that rang cliché to me. Jugnu’s banter, for instance, felt a bit overdone at times, and I wanted him to get to the point and start saving the day, as was his job description. Ultimately, however, I was kept tied to the book because of Sharmeen. She is the kind of overthinking, quirky yet introverted character that makes for a great protagonist in fiction; she sharply observes the world around her and passes judgements on everyone, from her mother to her schoolteacher. Haider’s greatest feat in this novel is creating a character that the reader can deeply care about. Not only will the adult reader grow invested in Sharmeen, she will also see in her the etches of her own childhood: the days of believing in shape-shifting creatures, the age of innocence and wonder.

A Firefly in the Dark

An ode to innocence