Most political parties, human rights groups and analysts have enthusiastically supported and celebrated the conclusion of the constitutional process that led to Fata becoming part of the adjoining KP with which it shares so much 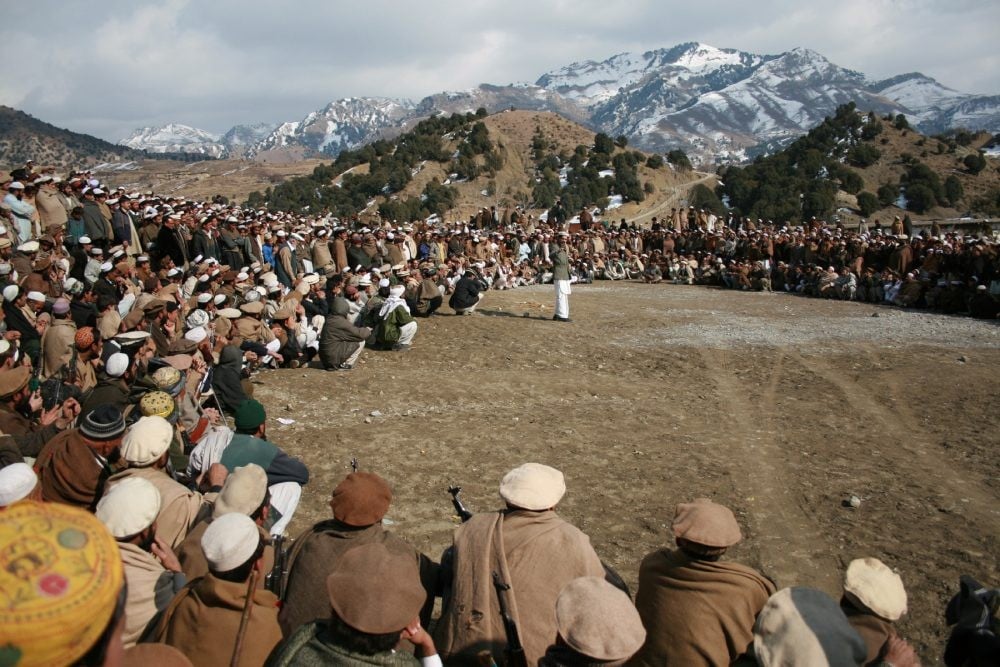 There were celebrations in parts of the Federally Administered Tribal Areas (Fata) and in Peshawar and elsewhere when the Fata Reforms Bill became an act of parliament, but some protests were also reported like the one in Wana, the headquarters of South Waziristan.

The divergent reaction to Fata’s merger with Khyber Pakhtunkhwa (KP) reflected the lack of consensus on the issue. However, most political parties, human rights groups and analysts enthusiastically supported and celebrated the conclusion of the constitutional process that led to Fata getting omitted as an administrative unit in the federation of Pakistan and becoming part of the adjoining KP with which it shares so much.

They described the day as historic and long-overdue. For the Pakhtun nationalists, it was the culmination of a long struggle to unify the Pakhtuns who were divided and categorised into different administrative units to weaken them because of their steadfast armed struggle against the British colonialists.

The pro-merger voices were organised and vocal because they are mostly political workers and rights activists with access to the media. The anti-merger elements are ill-organised, though Maulana Fazlur Rahman’s JUI-F is now taking the lead to organise them into a campaign against the decision.

The Maulana has tried to portray his campaign as democratic and anti-establishment by arguing that ‘aliens’ forced the political parties to adopt the merger bill in the parliament. He is also making an endeavour to link the merger issue with a ‘foreign agenda’ in the hope of highlighting it as a question of patriotism and sovereignty. In fact, his supporters portrayed the passage of the merger bill as a ‘black day’ and staged a violent protest in Peshawar when it was put to vote in the Khyber Pakhtunkhwa Assembly.

Though the JUI-F and Mahmood Khan Achakzai’s PkMAP must have felt lonely because all other political parties backed the merger bill, they are in no mood to give in. It was ironic that these two parties by opposing the merger took the same stand as Afghanistan, which rejected Pakistan’s decision to end Fata’s special status and merge it with KP against the will of the people.

The Afghan government termed it violation of the 1921 agreement signed between Afghanistan and the British government then ruling undivided India. It even threatened to approach the United Nations, the International Court of Justice and other world forums against the move, which in Kabul’s view was arbitrary, unilateral and ill-timed in presence of Pakistani troops in Fata.

However, this isn’t the first time that Afghanistan has made such a statement as in the past it threatened to approach the international forums on the issue of the Durand Line border. Sensing lack of support for its stand not to recognise the Durand Line as an international border, Kabul has yet to approach any world forum. Afghanistan may reach the same conclusion on the issue of Fata’s merger because Islamabad’s view and reply to Kabul that it was an internal matter of Pakistan is likely to prevail in the world capitals and also at the international forums.

The state has belatedly realised that neglecting Fata left its population far behind the rest of the country in terms of development and gave the tribespeople little stake in Pakistan. Fata has the lowest socio-economic indicators in Pakistan with only 7 per cent of its mostly mountainous area under cultivation, low literacy rate of 33.3 per cent (3-5 per cent for women with .5m girls out of school), just 8.9 per cent population having access to piped drinking water, and 72 per cent depending on radio as the main source of information as Pakistani TV channels cannot be viewed in the area.

Pakistan had to pay a heavy price due to the neglect of Fata as its security was imperiled as a result of the large ungoverned spaces in the tribal belt bordering Afghanistan that provided ideal conditions for militants, criminals, smugglers, gun-runners and kidnappers to thrive.

No other institution was cognizant more of this situation than the military as it had to undertake 14 major operations from 2003 to 2017 at the cost of blood and treasure to retake territory from the local and foreign militants and establish the state’s writ. This was precisely the reason that the military had been pushing the elected civilian government to implement the Fata reforms and merge the tribal areas with KP.

The military was also the force behind the formulation of the 20-point National Action Plan in January 2015, a month after the terrorist attack on the Army Public School in Peshawar in which 147 persons, including 122 schoolchildren, were martyred. The action plan’s 12th point called for expediting administrative and development reforms in Fata and keeping the rehabilitation of the internally displaced persons as the top-most priority.

Though most of the IDPs have been repatriated, their rehabilitation and rebuilding of the destroyed infrastructure remain a daunting task. Another challenge is providing sustainable means of livelihood to the people of Fata, more so after the ongoing fencing of the Pak-Afghan border as it was used for irregular trade.

There is a general consensus that Fata is strategically far more important than its size and population. Spread over 27,222 square kilometres with a population of five million only, Fata made world headlines when the Afghan and Pakistani Taliban, Haqqani network, al-Qaeda, Islamic Movement of Uzbekistan (IMU), East Turkestan Islamic Movement (ETIM) and other militants managed to find refuge in parts of Fata, particularly in North and South Waziristan, and the US officials started mentioning it as the most dangerous place in the world. This was the reason that Fata, with just 2.38 per cent of Pakistan’s population, 3 per cent of the total area and 1.5 per cent share in national economy, grabbed attention in the world media and its stabilisation was seen as the key to making neighbouring Afghanistan peaceful and stable.

Pakistan’s security forces through kinetic operations evicted the militants from Fata and forced most of them to escape to Afghanistan. It has also undertaken massive reconstruction and development work to win the hearts and minds of the tribal people.

Mindful of the anti military campaign launched by the Pashtun Tahafuz Movement (PTM), the army doesn’t want to provide it more ammunition to criticise it and has taken steps to curtail the number of roadside security checkpoints, run a swift demining programme, and consider ways of tracing the missing persons as these are some of PTM’s main grievances.

Until Fata is completely merged with KP hopefully by 2020, the Fata Interim Governance Regulation, 2018 has been promulgated by President Mamnoon Hussain, who ironically was the most powerful man in terms of governing Fata, to administer the tribal areas. As most Pakistani laws didn’t apply in Fata until now, a judicial structure in place of the hated Frontier Crimes Regulation (FCR) and police system like rest of Pakistan would be gradually introduced in the tribal region.

Read also: Case for a province

Another issue is provision of the promised funds of nearly Rs100 billion a year for Fata for the next 10 years. Even if the money is made available, spending it in time and transparently would be difficult due to lack of capacity of the relevant institutions and insecurity.

The presence of Pakistani militants just across the border in Afghanistan would keep the almost 170,000 troops in Fata for the foreseeable future. Fata would, therefore, take time to become a normal place.

Maintaining security would be crucial to meet the stated timelines of the package of reforms by holding the local government elections in Fata in October 2018 and the polls for the Khyber Pakhtunkhwa Assembly a year later. Missing targets, failing to provide resources and taking focus away from Fata could delay the process of integration and cause frustration among the tribal people.