The nuclearisation has neither helped India nor Pakistan in keeping their societies, people and states safer and prosperous 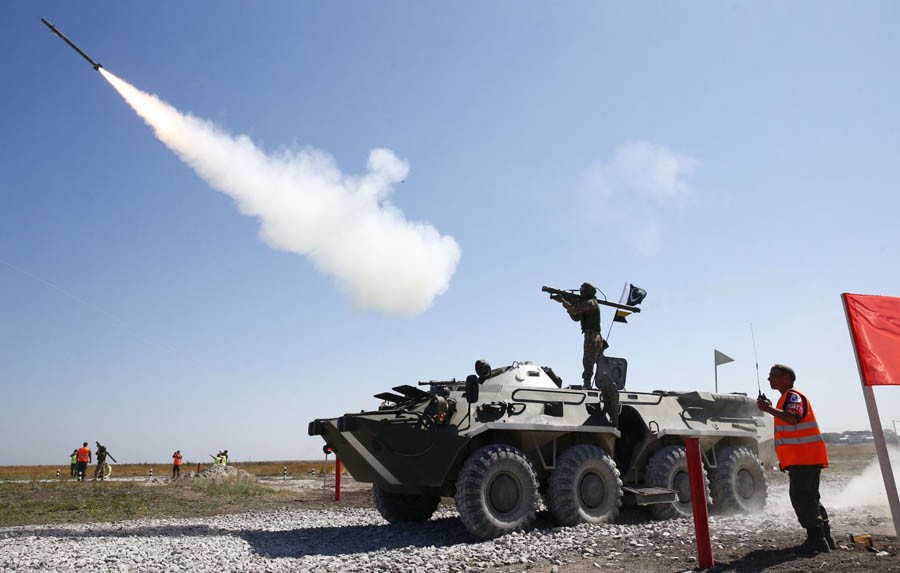 Twenty years ago in May 1998, India and Pakistan tested their nuclear weapons and considered them necessary for their national security and regional peace. Now after 20 years since the 1998 nuclear tests, it is important to review India and Pakistan’s security, regional peace, their citizens’ progress and prosperity, and their societies’ internal peace. It is important to do a stocktaking of how have the nuclear weapons contributed to any progress in India and Pakistan to asses their usefulness for their people, societies and states.

M. Ziauddin, an eminent journalist and economic analyst, was the first speaker. He stated that the size of Pakistan’s economy is small given its large population amongst the nine nuclear weapon states in the world. Nuclear weapons have two basic parts: the warhead or bomb, and the delivery system. The delivery systems are more expensive. To determine the cost of one nuclear weapon, there is a need to account for the costs of their production, delivery systems and maintenance. The first bomb is said to have cost Pakistan somewhere around $25 billion most of which is said to have been spent during the 1980s when the country was fighting the US proxy war against the Soviet Union in Afghanistan. According to rule of thumb calculation during the 1980s Pakistan received as much as unencumbered $50 billion from the entire so-called free world led by the US and including the oil rich Muslim countries as well as China.

M. Ziauddin further stated that as of early 2013, Pakistan was estimated to have had a stockpile of around 140 warheads, and in November 2014 it was projected that by 2020 Pakistan would have enough fissile material for 200 warheads. Missile covers everything from a Stinger Man-portable Surface to Air Missile at $38,000 each to a Minuteman III ICBM, at over $7 million each. The cost of each deployed land-based nuclear weapon would be roughly $85 million to around $200 million. He further quoted a study by Zia Mian, in Assuring Destruction Forever: Around the World to state that Pakistan’s nuclear spending is $800 million per year and adds up to $2 billion per year if environmental costs are included.

Comparing nuclear-armed states, M. Ziauddin mentioned another study to state that Pakistan’s public spending on education and health is at 2.4 per cent and 0.8 per cent of GDP, respectively, which is the lowest of all nuclear-armed states. The 2007 Fourth National Report for the Convention on Nuclear Safety emphasized Pakistan’s future challenges are food, clothing, education, environmental degradation and its effects on health, irrigation and drinking water; and creating means of employment for the country’s very large and growing population. Among the nine nuclear weapon countries; Pakistan is the only one that frequently seeks IMF’s help. And among all those countries which frequently go to IMF, Pakistan’s visits are the highest.

Dr Pervez Hoodbhoy, physicist, an eminent educationist and public intellectual, stated that as India rushes to put nuclear weapons on submarines -- and Pakistan tries to follow suit -- a whole new set of dangers has arisen. The chance of a missile being wrongly launched is greater for submarines than for aircraft or other land-based systems. This is because submarines try to hide and adversaries try to find them. All submarines forces face this problem of antisubmarine warfare but, in the India-Pakistan case, an undersea competition is highly destabilising because Pakistan’s fleet is fairly vulnerable. Its three Agosta-90B type diesel electric submarines (eight Chinese ones are on order) are fairly noisy and trackable. Of the three only one is actually likely to be on patrol at a given moment because the others would be refueling or under repair. The submarine on patrol may in time be armed with nuclear-tipped cruise missiles.

Dr Hoodbhoy further stated that up to this point, Pakistan and India both claim that for safety reasons their nuclear warheads are kept in disassembled form with key parts kept at different physical locations. This builds in a time delay, making unauthorised use or an accident less likely. In a crisis the National Command Authority (or its Indian equivalent) would give the order to assemble a weapon. But with a submarine, all missiles must be fully ready for use before the ship leaves port.

Dr A. H. Nayyar, physicist, an eminent educationist and activist, shared four main points. His first point was that since the tests in 1998, great strides have been made by India and Pakistan in producing more fissile material and more bombs. Now each has more than a hundred nuclear weapons in service. Pakistan is in the news for being the country with the fastest growing nuclear arsenal in the world, which may be true although India could not be far behind if not already ahead. The two have embarked on making more sophisticated nuclear-capable and longer ranged missiles, and are now on course to acquiring nuclear propelled and nuclear missile carrying submarines. This is what they term a full spectrum nuclear deterrence.

Dr Nayyar’s second point was India has declared its nuclear doctrine, but Pakistan has not because it considers ambiguity in its actions as an advantage over the adversary. The main point of India’s nuclear doctrine is No First Use, but Pakistan does not believe that a No First Use policy would be to its advantage because it sees Pakistan’s nuclear weapons as a hedge against India’s superiority in conventional warfare. Pakistan has declared that it would use nuclear weapons whenever it finds its existence in danger be it in the form of a military attack, a naval blockade or a blockade of its river waters.

Dr Nayyar’s third point was that nuclear weapons have not enhanced Pakistan’s stature in the world. In fact Pakistan has been maligned by the nuclear black market in which Pakistan’s nuclear scientists were found engaged. It is non-proliferation that is taken as the yardstick of ‘responsible’ nuclear behaviour. Nuclear weapons cannot enhance Pakistan’s stature in the world as long as it is seen to be a nation with a begging bowl.

Dr Nayyar’s fourth and last point was regarding the safety of Pakistan’s nuclear weapons from the terrorists. He stated that given that terrorists have attacked military sites, in some cases the sites that are believed to be the storage sites of nuclear weapons, one could easily understand the interest the Jihadi militants have in nuclear weapons. Although nuclear establishments take great care to protect their nuclear assets, and run programmes like personnel and codes and locks on nuclear weapons, it is still possible for Jihadist militants, whose acceptance is undoubtedly increasing in the society, to find ways to collect enriched uranium gram by gram until they have 40 or 50 kilograms of it and make a gun-type nuclear weapon. This is the danger that the coexistence of nuclear technology and Jihadi ideology poses to the world.

Marvi Sirmed was the fourth panelist who spoke on nuclearisation and its impact on internal security. Marvi Sirmed stated that both India and Pakistan seem to follow a course of "security now, development later". Defence expenditures certainly have not gone down after the tests. As was to be expected, nuclearisation does not come cheap: weaponisation, delivery systems, second-strike capabilities, etc. have their price. And the escalating crisis in Kashmir should be evidence enough, that nuclearisation does not deter any low or medium level aggression.

Sirmed linked nuclearlisation to internal security and human rights. According to her, proxy war has been intensified in the region, with both the neighbouring rivals replacing the conventional warfare with proxies in what appears to be preventing the nuclear war. This race of proxies has radicalised the societies towards religious extremism as well as xenophobia. Pakistan fell to it with more intensity than India and sooner. The ‘nuclear Pakistan’ had to institute strong structures in order to ensure the nuclear safety catering to international anxiety about a radical Islamist country having nuclear power. This made army strong than ever, with unprecedented influence on policy, completely tilted civil-military balance and gradual erosion of democratic system.

Sirmed said that the state paranoia has increased manifolds as the disrespect for citizen’s fundamental freedoms. Enforced disappearances have increased by leaps and bounds and have been rendered quasi legal after the Protection of Pakistan Act and constitutional cover to the military courts.

According to Sirmed, one fundamental right that has been disproportionately negatively impacted in recent times is citizens’ freedom of expression. Mainstream media (TV channels and newspapers) are experiencing worst kind of censorship that was not seen even during the dictatorships. The dissenting voices are being intimidated, threatened, blackmailed, manhandled, tortured, abducted (enforced disappearances), arrested and even killed extra-judicially.

In final analysis, the nuclearisation has neither helped India nor Pakistan in keeping their societies, people and states safer and securer.

The panel discussion ended with an animated and informative question and answer session. Nasreen Azhar, who chaired the proceedings talked about the opposition of nuclear weapons by progressive civil society organisations.