How to explain increased economic activity and the element of charity during the month of Ramzan? 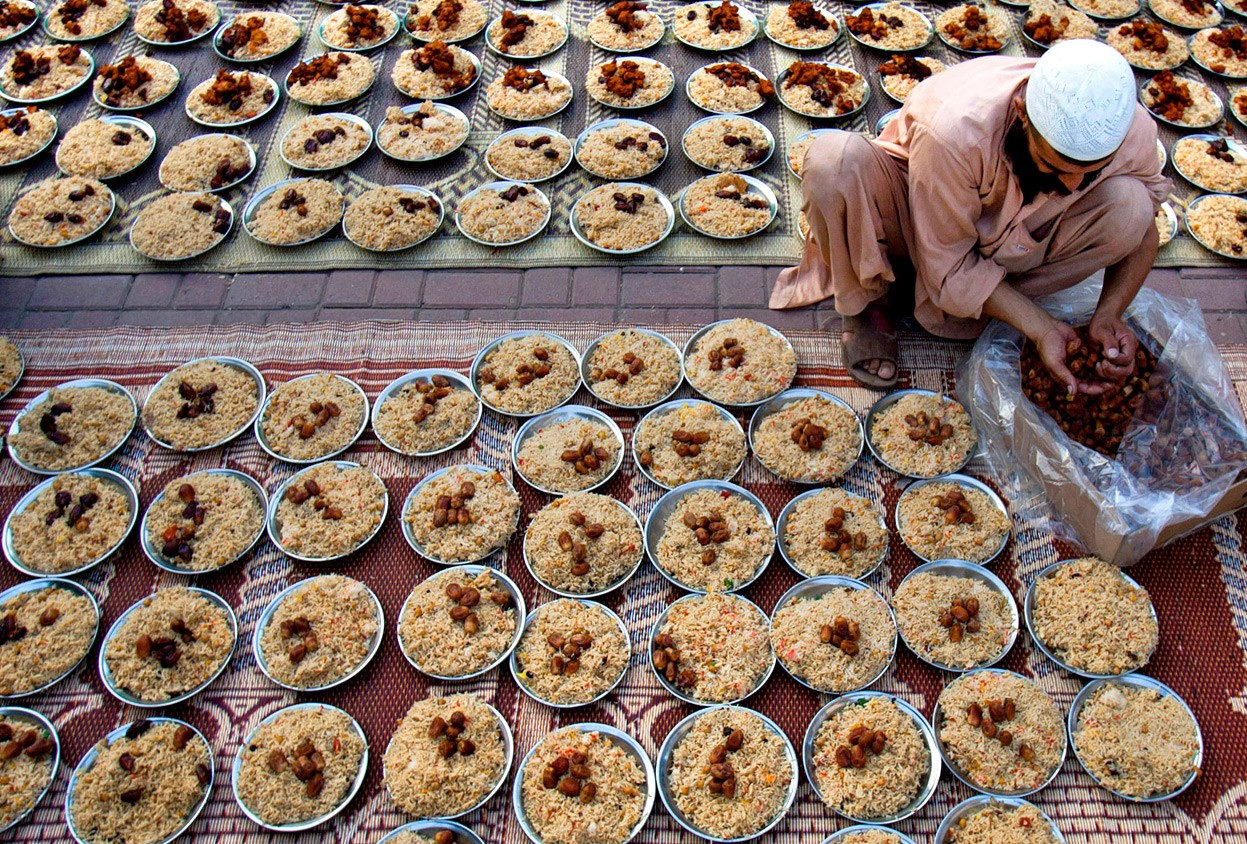 There is a visible increase in the economic activity in the country during the month of Ramzan -- from the fruit wala in the neighbourhood market in Karachi to a manufacturer in Faisalabad -- there’s more work to do -- and more profits. This increase in the demand and supply of various products can be explained by the interplay of two things -- the volume of charity collected and disbursed during Ramzan and the activity around eid.

Giving charity is considered a crucial religious obligation during the month of Ramzan. According to Stanford Social Innovation Review, a quarterly magazine about social innovation published by the Stanford Center on Philanthropy and Civil Society at Stanford University, Pakistan contributes more than one per cent of its gross domestic product to charity. It says, "the contributions push it (Pakistan) into the ranks of far wealthier countries like the United Kingdom (1.3 per cent GDP to charity) and Canada (1.2 per cent of GDP), and stand around twice what India gives to those in need as a percentage of its GDP."

Pakistan Centre for Philanthropy, based in Islamabad, estimates that Pakistanis give around Rs240 billion (more than $2 billion) annually to charity, giving in one form or another -- in cash, kind, or by volunteering for social causes.

But is this economic activity a short-term phenomenon or does it have a trickle down effect and benefits for the ones in need? "It depends how you offer help even if it is a very small act," says Muhammad Azhar, a businessman based in Lahore. "It can be sponsoring someone’s vocational training, giving them ration for the whole month or buying a bicycle for a needy person as I did during last Ramzan. That person became a salesman and started earning livelihood for himself and his family. He is very happy," he says, adding, "People donate sewing machines to women and thus help them a lot; and what better time to do this than during the holy month of Ramzan?"

While Ramzan is believed to be the most preferred month to give charity most people prefer giving to individual rather than NGOs and the government. Philanthropy in Pakistan, an article in Stanford Social Innovation Review, says citing a survey conducted in Pakistan that 67 per cent of respondents give to individuals while only 33 per cent prefer giving charity to organisations. How can this be explained?

Muhammad Nafees Rana, Manager, Sundas Foundation, a non-governmental organisation that has established a blood bank and offers hematological services, explains, that there is a fear that the donations will not be transparently used, especially by dubious non-governmental organisations that spring up around this month," he says. "Some people take it as a business opportunity, except such big names as Shaukat Khanum, Al-Khidmat, Akhuwat, and Sundas Foundation, etc, which have a transparent system in place and people have trust in them."

The fact remains that the amount of charity collected and disbursed during this month can make a big difference. "Collection of charity, generally, is hundreds of times more during the month of Ramzan," says Khalid Ershad, a senior official of Karwan-e-Ilm Foundation, an NGO based in Lahore.

How can we engender people’s trust in non-governmental organisations for charity and in government institutions for taxes? "There are standard procedures for ensuring accountability and transparency in collecting and spending charity, including yearly audits, etc. The relevant laws have to be implemented in letter and spirit," says Naveed Yusuf, Certification Programme Manager at Pakistan Centre for Philanthropy. "Tax laws encourage philanthropy by giving tax credits in exchange of charity to approved bodies. Black sheep can be anywhere. We should be able to identify them and put an end to their existence."

So, why do some people evade taxes while they are forthcoming in giving charity? Dr Akmal Hussain, senior economist, explains, "many people don’t consider evading don’t consider not paying taxes unethical. In fact, there’s a problem with the basic social contract between the citizen and the state, in which case the citizen sees the state not spending on health, education, employment generation or giving any social benefits to the citizen. The citizen believes his money will end up being spent on foreign visits of the ministers, so he takes it as his moral obligation to give charity rather than to pay taxes. There’s sheer trust deficit."

Dr Asad Sayeed, eminent economist seconds Dr Akmal Hussain, "Yes, many people don’t pay taxes but pay zakat. More importantly, this is also because Pakistan’s culture is predominantly one where there is distrust of the state at all levels."

Questions about transparency aside, the fact remains that the amount of charity collected and disbursed during this month can make a big difference. "Collection of charity, generally, is hundreds of times more during the month of Ramzan," says Khalid Ershad, a senior official of Karwan-e-Ilm Foundation, an NGO based in Lahore working in the education sector. "There are so many other areas where people get greater help during this month: in the education sector, rehabilitation of the disabled, and many other areas. Ramzan is a big factor."

Sayeed, explains further. "Charity increases manifold in Ramzan. According to a number of established charities (Edhi, SIUT, etc), a large contingent of poor people also make their way to urban centres to receive charity handed out by the well-heeled. So, there is a fair degree of redistribution that takes place in Ramzan."

Muhammad Habib, marketing executive, Akhuwat, agrees, "Some people keep waiting for the month of Ramzan to give charity and it’s sometimes quite a big donation. Our projects certainly get a boost during this month," he says adding, "Working for the last 18 years, we have disbursed around Rs61 billion charity to about 26 lakh needy families in Pakistan, in the areas of interest-free loans, education, transgender rehabilitation, etc," he adds.

On whether Ramzan is good for the economy, Asad believes it cuts both ways. "Aggregate demand for food and food products, clothing and other eid related items increase. Those producing and providing these services make extra profits because of this spike in demand.

On the other hand, he says, "there is a perceptible decline in growth output and productivity. Working hours are shorter and work effort reduces considerably. But since food and clothing dominates the economy’s production and consumption profile, there may be a slight improvement in growth and there is definitely more redistribution."

How to check excessive profiteering by traders during the month is also an issue. "Politicians and the media accuse traders of profiteering during Ramzan but prices rise because demand for certain items rises without a corresponding rise in supply," explains Dr Kaiser Bengali, noted economist. He gives a solution, "The government should keep stocks in cold storages and release them on daily basis so that supply meets demand and prices remain stable," he suggests.

Setting up Ramzan bazars is perhaps an effort by the government in the same direction. Whether these bazars are adequate to meet the demand is another question.

In the short and medium term, manufacturing companies and farmers have more work. "They also anticipate increased demand for the month of Ramzan in areas such as manufacturing of soft drinks, ice cream, chips, clothes, etc. They get bigger orders," Dr Akmal Hussain says. "So when the overall manufacturing and advertising of products increases and there is a spurt in economic activity, national income also increases."