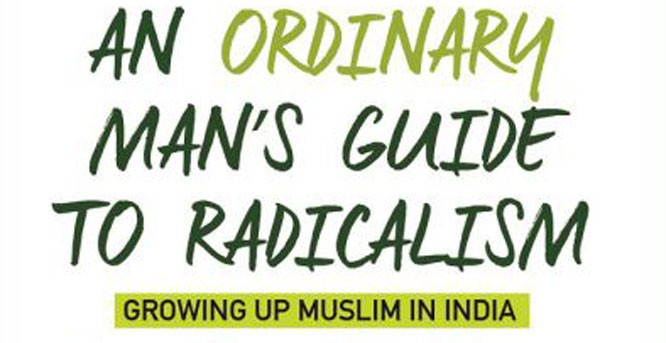 On October 29 2005, between 5:38pm and 6:05pm, a series of bombs was set off in Delhi. Official figures recorded 62 deaths and 210 non-fatal injuries in that attack. The country had been in a festive mood to celebrate Diwali, but this was ruined by the blasts. Investigative agencies later claimed the involvement of terrorist group Lashkar-e-Taiba in the attacks. A few years later, on September 13, 2008, another series of bomb blasts literally ripped through Delhi leaving 30 dead and hundreds injured.

It was in the backdrop of these blasts that on September 19, 2008, the Batla House Encounter took place. The operation which took place in a Muslim-majority suburb, Okhla, near Jamia Millia Islamia (JMI) university, brought on a deplorable identity crisis for Muslims.

The encounter was believed to be orchestrated against Indian Mujahideen terrorists supposed to be hiding in the area. Suspected ‘terrorists’ Atif Amin and Mohamed Sajid were killed in the encounter and two suspects, Mohd Saif and Zeeshan, arrested. The most unusual part of the encounter was the killing of Delhi infamous Encounter specialist Inspector Mohan Chand Sharma.

An Ordinary Man’s Guide to Radicalism: Growing Up Muslim in India by Neyaz Farooquee revives the Batla House Encounter in people’s minds after almost a decade and a half. The book tells the tale of an anguished Muslim middle class youth hailing from rural India and how he managed life in New Delhi.

The book tells the tale of no ordinary encounter because the aftereffects of the operation led to forced arrests and torture of many local inhabitants including JMI students. Another consequence of the encounter was widespread protests from the political outfits and civil society activists alleging that the encounter was fake. JMI’s faculty and students demanded judicial inquiry against the atrocities and harassment innocent people faced because of the operation.

Neyaz Farooquee was one of the many students who observed the sufferings of his friends, many of whom were tortured by the police. The protesters alleged that the fake encounter was meant to disintegrate Delhi’s Muslim-dominated neighbourhood. Farooquee has been living in that locality from his school days to his college days at JMI.

Ironically, until the encounter, the neighbourhood was always a safe place for him and his community.

This memoir portrays the anguish of a Muslim youth. The single incident of the encounter changed his ordinary ambitions overnight. The aftereffects of the operation left him tattered, bruised and anguished. Similarly, other Muslim youths in the Batla House vicinity were also shaken.

This perpetual state of stress and fear was experienced by Farooquee as well as fellow students. Many JMI students felt forced to change career tracks after the encounter. Farooquee also switched from Biosciences to journalism in the hope of witnessing the world first-hand, and as a response to the callous reporting conducted. The media was telling the story of Batla House very differently from how Farooquee had witnessed events.

The young author does justice in recounting and clarifying stereotypes about the Muslim community. It forces readers to think about what propels Indian Muslim boys and girls to become different from the majority community despite sharing similar ambitions at one point.

This memoir is a story of dreamers migrating from small villages, that are lacking in the resources, to big cities that promise them quality education and career prospects. Not all are lucky. In fact, so many are discriminated against. Being one of them, Farooquee realised how the media manipulates reports, further jeopardising the future of young Muslims in Delhi.

The book brings to light that Indian Muslims are the world’s largest minority community since this country is home to second largest Muslim population in the world. This memoir is a reality check of a community undergoing prejudice and fear.

Besides the reportage of the Batla House Encounter, this book also questions why Indian Muslims experience feelings of insecurity and vulnerability. Why are they periodically asked to prove their loyalty? By describing the ghettos of Muslim dominated areas, this book analyses the causes behind the absolute neglect of civic facilities in such colonies. He questions if the government should be held solely responsible or if the community should be blamed equally?

Farooquee evaluates the reasons behind the Muslim sense of victimisation at the hands of the governments and the press. He recounts the problems Muslims faced even under the rule of the secular Congress party, unlike current right-wing Bhartiya Janata Party led by Prime Minister Narendra Modi.

This memoir instils readers to think why minorities are obfuscated in India, regardless of who is in power. The author deserves applause for his honest narration, the courage to speak his mind, and for defying the ideals of his grandfather who mentored him for a different dream.

This is a seminal book evaluating Muslim psyche in India in the context of neglect by the country’s respective governments, it is worth reading to feel how communalism has pushed India towards having its minorities constantly alienated. This book breaks the silence as the young writer demands a new dawn for co-existence.