As the police caught the ‘Sab Ka Baap’ gang, made infamous by their violent posts on social media, it left many important questions in its wake 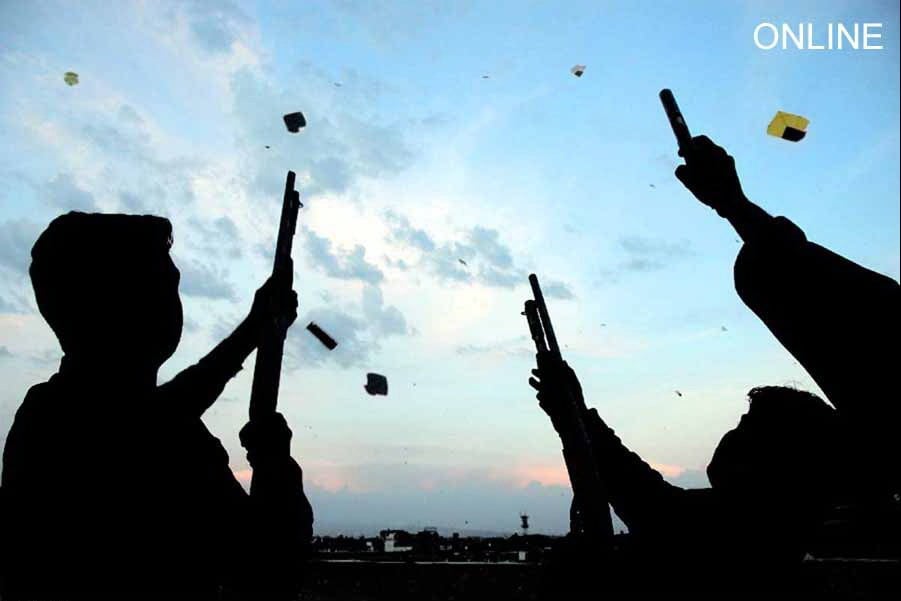 Until about a week ago, images and videos of young boys involved in violent acts had gone viral on different social media platforms. The boys, who appeared to be in their teens, could be seen firing shots in the air with automatic weapons, brandishing prohibited bore weapons, beating other men brutally, hurling abuses at them, and issuing murder threats to certain people named in these posts.

Apparently, the places where these images and videos were taken were somewhere in Lahore. All these had been posted online from the accounts of Hamza Shehzad Dogar, a college student who claimed to be the leader of the so-titled ‘Sab Ka Baap’ gang. Its other members, who were also college students and friends with Dogar, would announce on social media that no one could dare to touch them or stop them from whatever they wanted to do. This in a way was challenging the law enforcement authorities, especially the city police which had so far not taken them seriously.

The way the gang members dressed up and moved about in luxury cars and Sport Utility Vehicles (SUV)s, with armed guards following them, showed that they belonged to rich and influential families and could keep the law enforcers at bay. Their images and videos available on social media were enough to prove them culprits but not much had been done to trace and arrest them.

The police got going practically after complaints of criminal intimidation began to pour in, and the media went on to question the police officials and ruling political elite of the province. There was condemnation by the general public on the grounds that despite introduction of high-tech systems to track the criminals and check crime, the gang had been moving freely. The fact that the profile of the gang leader was genuine and active made many people wonder as to what had kept the concerned departments from doing the needful.

Last week, the members of ‘Sab Ka Baap’ gang were arrested by the Lahore Cantt police, and put behind bars. They were booked under Section 506 of the Pakistan Penal Code (PPC) which talks about criminal intimidation of people with declared intention to harm them. Later, they were released on bail.

This is just one example of how people use the social media to strike fear and convey the message that they are too influential to be tied down by law. Most of the times they are unaware of the fact that the exhibition of their criminal acts on, say, Facebook only makes them more vulnerable to arrests than any other cases. The reason is that they are providing evidence about their crime themselves. In case they do not upload images and videos, others can do so, without letting them know.

The police got going practically after complaints of criminal intimidation began to pour in. There was condemnation by the public on the grounds that despite introduction of high-tech systems to track criminals and check crime, the gang had been moving about freely.

Talking to TNS about the case, Bilal Zafar, SP Cantt, says it was not much difficult to arrest the group because there were several clues available (to the police) in the form of related content available on social media. "The police wasted no time in hunting down and arresting the culprits," he says. "It was too kiddish of the boys to challenge the law enforcing authorities."

According to Zafar, even though the gang members have been released on bail in the case of criminal intimidation, the Sheikhupura police has been asked to register a case of aerial firing against them. "This is because during investigations the gang members identified certain locations where they had committed different criminal offences. The aerial firing took place in Sheikhupura, so the case will also be filed there.

"The people must understand that exhibiting such acts on social media does not make them immune from law; they will be proceeded against accordingly."

A couple of months back, the case of one Adnan Pasha also hit the media headlines. Pasha had posted a video in which he was carrying a pistol and firing shots in the air, while also cursing someone not identified. The location, as per his claim, was Shahrah e Faisal, Karachi. Pasha was nominated in an FIR no 29/1028 at Bahadurabad police station. He was arrested by the police and presented before the court. It was revealed that he was the owner of a rent-a-car company and the person he was seen cursing (in the video) was one he had a dispute with, the previous night.

In both the cases, the culprits were booked under Section 506 of PPC which says: "Whoever intentionally insults, and thereby gives provocation to any person, intending or knowing it to be likely that such provocation will cause him to break the public peace, or to commit any other offence, shall be punished with imprisonment of either description for a term which may extend to two years, or with fine, or with both."

A Facebook friend of the ‘Sab Ka Baap’ leader Hamza Shehzad Dogar, who does not want to be named, reveals that the gang turned violent when another common friend was beaten by a group, prompting Dogar to take revenge.

The source says that the gang members took inspiration from the lifestyles of the underworld dons as shown in different Bollywood movies. They were further encouraged when they realised their ‘power’, because they were now seen with awe.

As these boys have influential backgrounds, they felt they were above the law. "But they made the mistake of posting things online," the source adds.

"They also chased girls but no one dared to complain against them."

Babar Ali, a DSP in Punjab police, wonders how the parents can let their children act this way. "It’s the [parents’] responsibility to keep watch over their activities, at such an impressionable age. They should know that the use of automatic weapons and violent clashes can cost them their life."